Do dating apps like Tinder and Grindr -- in which users hastily appraise one another's photos with the flick of a finger -- merely appeal to humanity's basest desires as looks-obsessed Neanderthals?

Is it possible that a new app entitled Loveflutter might upend this experience -- and curb a fundamental urge -- with a cutting-edge interface that prizes personality as well as looks? 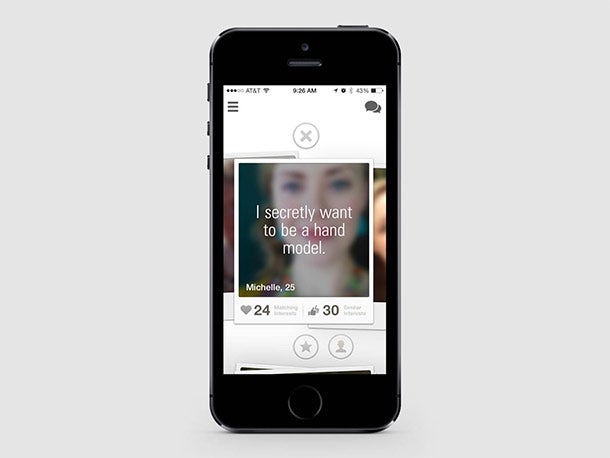 The thirtysomething friends-turned-business partners came up with the name Loveflutter while knocking back beers at a pub one day in search of a word that might capture the tremulous thrill of a crush.

Scrolling through the app, the first thing a user sees are not pictures of potential suitors but quirky factoids. (Taking a page from Twitter, each snippet must cap off at 140 characters.) Some of their favorites, Standen and Smith say, have included "I have three kidneys" and "Secretly, I want to be a hand model."

A blurry profile photo beneath each fact only comes into focus once tapped. "Looks are important, too," Standen adds. "We think we struck just the right balance." Users then swipe up to "Pass' and down to "Like.' As with Tinder, members can only communicate with one another when the feelings are mutual. 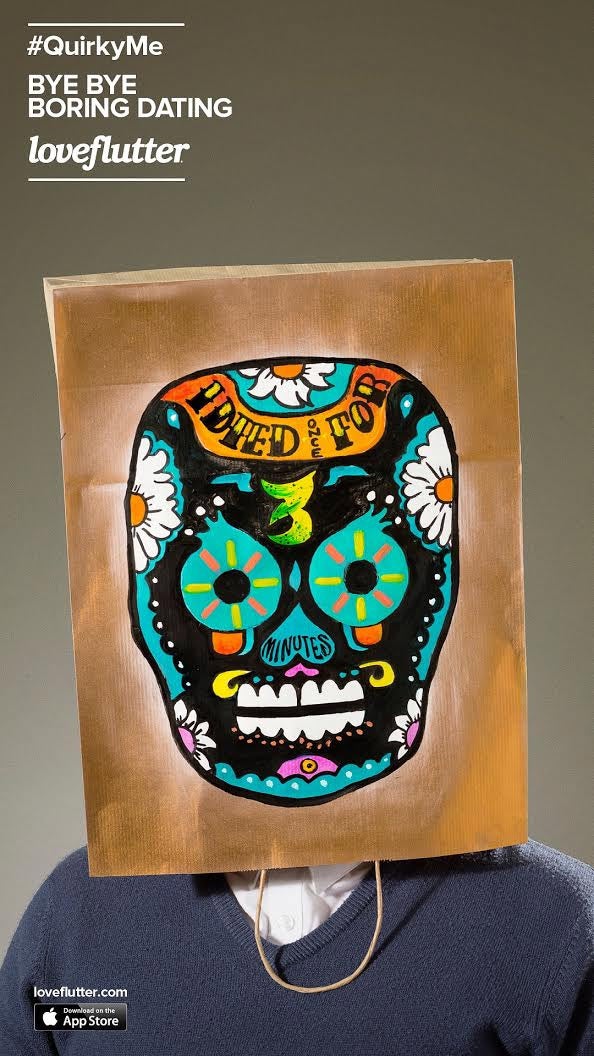 Rather than terminating its services at this matchmaking juncture, however, Loveflutter seeks to be handy throughout the entire courtship process. Its Suggest-A-Date feature proposes meeting venues by culling location-based data from Foursquare.

Furthermore, Standen and Smith say, as these algorithms are perfected, their hope is that Loveflutter will ultimately serve as the primary platform upon which couples continue to communicate and plan dates.

As the app is free and the company relatively nascent, Standen and Smith concede that they are focusing on growing a user base rather than profits.

Their seven-person company is also seeking funds that might improve the sophistication of the app's matchmaking tools and help it expand onto additional platforms like Android and into burgeoning markets like Brazil.

Meanwhile, the duo is making waves with a grassroots marketing campaign care of creative agency Havas Worldwide. The ads feature portraits of young men and women with paper bags over their heads that have been painted with eye-catching graphics that read, for instance, "I died once for three minutes" and "I recite poetry in my sleep." Images tout a #QuirkyMe hashtag and feature the headline "Bye Bye Boring Dating."