By Jason Fell
March 11, 2013
Opinions expressed by Entrepreneur contributors are their own.

1. Leap Motion's 'hands-off' approach to using a computer.
Lured in part by the smoky smell of barbeque, I walked into a tent in a parking lot across East 1st Street from Iron Works BBQ. Inside, I found people of all ages furiously waving their hands in front of monitors, slicing lemons and watermelons. It turns out they were playing the popular game Fruit Ninja using Leap Motion's new motion-controlled device and software. 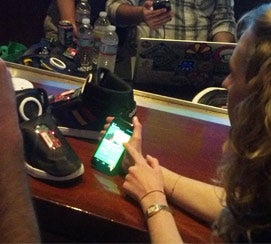