Even a yoga instructor can benefit from file sharing tools and voice memo apps.

Katherine Austin doesn't want her Yoga studio, Karma Yoga in Bloomfield Township, Michigan, to be just a place where people head to practice yoga, and then return to their daily lives. Instead she wants to help her students live yoga off the mat and take the lessons they learn during the classes into their lives and the community. And while she puts a priority on practicing what she teaches, even waking up at 3 a.m. each morning to get own yoga time in, she still has a business to run.

She relies heavily on her two administrative employees, who work remotely, to manage the schedules of the 25 yoga teachers and other business details. As she plans to open her second studio, her to-do list is growing even longer. Since she can't be with her students and staff all day long, she uses technology to help her students carry the yoga lessons into their daily lives and help her run her business from either across town or across the world.

Here are three apps she can't live without: 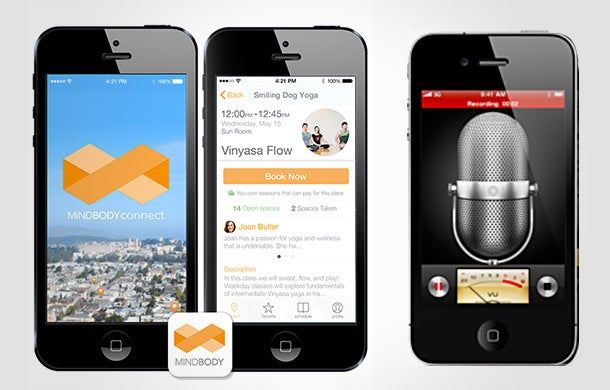 Mindbody. Since most of her clients are never far away from their smartphone, Austin uses this app to help students browse course schedules, book classes and check payments. The software helps Austin to seamlessly track attendance and retention and get visibility into trends year over year. Austin has also found that the app has helped her attract new students and increase her revenue. People who are looking for a class in the area can see exactly what she is offering and when her classes are. It saves advertising dollars as well, Austin says. "It is a very effective way of staying connected with my current students and bringing new people into the studio."

Voice Memos. Since students sometimes cannot be at her classes, she uses the Voice Memo app that came standard on her iPhone to record each of her classes on her tablet or iPad. She then shares the recording of through Dropbox so that students can virtually attend the class at their convenience. Austin says that some students used the recordings while caring for an ill loved one and that "being able to listen to the class helped them get through the day." She says she also uses the recordings to improve on her own instructing style. 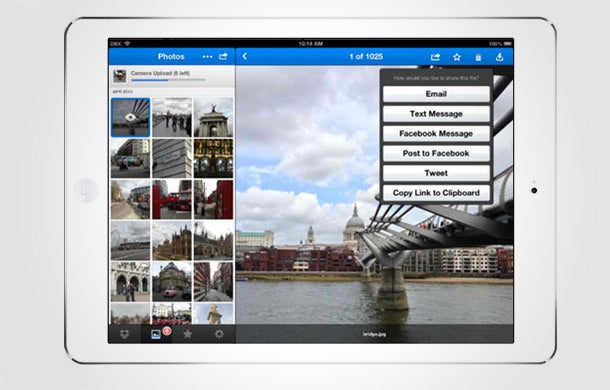 Dropbox. Austin prefers an iPad to a laptop when traveling to conferences, teach guest classes or take students on retreats across the globe. Thanks to Dropbox, when she was in India last March, she could she could share a course catalog with prospective students for her yoga training program, even half a world away. She also used Dropbox to send photos of the retreat to share on Facebook instead of spending time with lengthy downloads over poor internet service. "I decided to use Dropbox instead of the other file sharing apps available because most of my colleagues and other people I work with are on Dropbox, which makes file sharing even easier," Austin says.