Why Social Media May Weaken the Moral Fiber of Your Workplace

By Mikal E. Belicove
January 13, 2012
Opinions expressed by Entrepreneur contributors are their own. 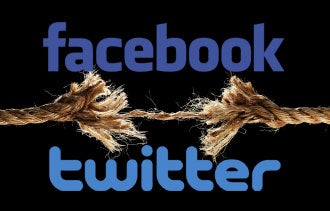 Much is said about the benefits of social media for businesses, but what about the drawbacks? Though we've long heard about the productivity drain among employees who use social media at work, a new downside is getting some attention: ethical violations.

Active social networkers in the office -- those who spend 30 percent or more of their time at work participating on social networking sites -- have a more tolerant attitude than their coworkers toward a number of questionable workplace behaviors, according to a new report from the Ethics Resource Center (ERC), an ethics researcher in Arlington, Va.

For example, half of active social networkers say it's just fine to hang onto confidential work documents for possible use in future jobs. Only 15 percent of their non-social networking peers believe that's acceptable. In addition, by a five-to-one margin, social networkers think it's acceptable to perform less work in order to compensate for cuts in benefits or pay. They also gossip about their workplace and coworkers more often than their less social peers.

Socially adept employees may be more likely to slack off and engage in traditionally unethical behavior simply because of job dissatisfaction, as seven in 10 employees reported having plans to switch jobs in the next five years. That was compared to four in 10 of their non-active social networking colleagues.

Web-savvy employees aren't the only ethics violators these days. The number of employees who report feeling pressured to compromise their own standards in order to perform their jobs is also on the rise.

Why the increase in workplace wrongdoing? More than three quarters of those surveyed said their companies are beginning to hire or restore salaries, and they're seeing fewer belt-tightening measures compared to 2009. As a result, some employees are losing their fear of dismissal and returning to risky behaviors such as sexual harassment, substance abuse, stealing and health or safety violations.

So what's the solution to a work world where tolerance for bad behavior is on the rise? The ERC study suggests companies invest in building a strong ethics and compliance program and commit leadership to focus on ethics in business culture. Its findings show that raising behavioral issues internally -- and early -- is essential to reducing this growing culture.

How have you dealt with ethical violations at your company? Leave a comment and let us know.