Charles Barkley Wants to Give Your Startup $25,000

By Jason Fell
June 9, 2011
Opinions expressed by Entrepreneur contributors are their own. 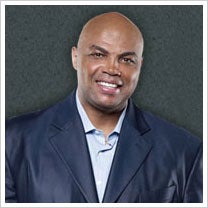 Cash-strapped, aspiring entrepreneurs who think they have the next big idea may be able to secure some seed money from an unlikely source: Charles Barkley. The National Basketball Association Hall of Fame power forward also known as "Sir Charles" announced on his website a contest called "Earn Chuck's Bucks." He's calling for the best business-plan pitches and says he'll give the winner $25,000 to help fund that business.

Here's how it works: Any U.S. resident age 18 or older can visit the contest page and submit his or her business-plan pitch. The entry period ends at 11:59 p.m. on July 18. Finalist entries will be posted on CharlesBarkley.com where fans will be encouraged between Aug. 16 and Sept. 2 to vote for their favorite pitch. A winner will be selected in mid-September based on the total number of fan votes and other criteria, which include the pitch's creativity, originality, feasibility and "energy and enthusiasm."

The contest is co-sponsored by Barkley and Turner Sports Interactive Inc., which produces Inside the NBA. Barkley, who retired in 2000, serves as an analyst for the program.

This definitely isn't your typical business plan contest, and it might seem a little strange coming from a former NBA All-Star with no previous business experience. But a giveaway like this can be a significant opportunity for a bootstrapping entrepreneur who is looking to get his or her idea off the ground. Barkley admits in a video announcing the contest that he feels that it's his job to "help people become successful." It's hard to have any qualms about this goal.

In the video, Barkley offers advice about how contestants should craft their pitches:

• Keep it short. The official rules call for entries to be 3,900 characters or less. "Send me the CliffsNotes [version]," Barkley says in the video. "I don't want to be readin' through a bunch of crap."

• Make it realistic. Give your idea some thought, and preferably do some market research before sending in your entry. "Don't be sendin' me no bull," Barkley says. In other words, make sure the idea isn't "turrible."

Do you have the next big business idea? Would you enter a business plan contest? Tell us in the comments section below.