Headed to Asia for Business? Pack These Networking Tips

By Ivan Misner
May 4, 2012
Opinions expressed by Entrepreneur contributors are their own. 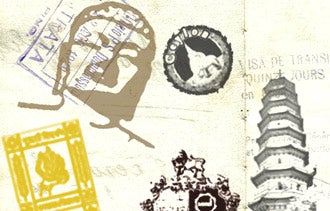 I recently asked experts on networking in several Asian countries to share advice on how to network effectively in their markets.

"Face is everything to the Chinese," says Jihong Hall, one of China's leading experts on networking. She means "face" in terms of dignity, prestige, honor, respect and status. For example, she notes that Westerners often make jokes at their own expense or at other people's expense. But she strongly recommends against such joking with Chinese individuals until you know them very, very well. If you cause them to lose face, she says, you will lose their business.

Although Americans and Japanese have been doing business together for decades, some entrepreneurs may not be familiar with some of the cultural nuances. For example, "one big difference between the Japanese business culture and Western business culture is an activity the Japanese call "nominication,' which means drinking communication," says Asato Ohno, one of Japan's top networking experts. "In order to build any kind of meaningful business relationship with your associates, you must go out for dinner and drinks."

While socializing for business purposes is certainly common in Western cultures, too, it is much more important in Japan, Ohno says. "People believe they can build deeper relationship with others more quickly by drinking together. It is almost like having casual one-to-one's regularly."

Related: 5 Steps for Keeping Data Safe When Traveling to China

Exchanging business cards is an essential part of most cultures. But it's more ceremonial in many Asian countries. In Japan, for instance, this ceremony is called meishi. The card is presented with the front side facing upward toward the recipient. Offering the card with both hands holding the top corners demonstrates respect to the other person.

The business card is admired much more in the Asian culture than in Western society. It is viewed as an extension of the individual and should be treated with respect. Tucking it into a pocket, writing on it, folding it or even looking at it again are considered impolite and could insult your Asian contact.

Most networking basics are universal, and with some care, you can factor in these and other cultural nuances to get a leg up. You can rest assured that your networking etiquette and respect will be greatly appreciated as your business increasingly takes you into other countries.

The old saying, "When in Rome, do as the Romans do," is very appropriate. However, one thing I'd strongly suggest: Don't just "do as the Romans do," ask a few Romans in advance. I have had amazing suggestions from local businesspeople. Their counseling and coaching made a huge difference in my ability to connect in an appropriate way in many of the countries I have visited.

This Silent Productivity Killer is Draining 4 Hours From Your Week. Here's How To Fix It

'No One Believed' This Black Founder Was the Owner of a Liquor Brand in 2012. He Launched to Great Acclaim — Then Lost It All. Here's How He Made a Multi-Million-Dollar Comeback.