How a Biomed Tech Company Raised $35.7 Million Before Going to Market

CardioInsight found a way to 3D map the heart's electrical activity, but it took a village of funding resources to get there.

A free online course "Beyond Silicon Valley: Growing Entrepreneurship in Transitioning Economies" taught by Professor Michael Goldberg of Case Western Reserve University launched through Coursera in April, using Cleveland as a funding case study. Come back to Entrepreneur.com as we feature additional interviews with experts and instructors connected to the six-week course. For more in the series, check out Think Like Cleveland.

When Charu Ramanathan founded CardioInsight in 2005, she knew she had a technology on her hands with the potential to help save people's lives. It provided a minimally invasive way to create a 3D map of the heart's electrical activity, one that could help in the diagnosis and treatment of heart disease. But with any technology in the biomedical space, bringing it to market would require a long and painstaking process, one involving significant research, clinical testing, regulatory approval, and most of all – funding.

The field of biomedical technology is a risky one for investors to enter, involving intensive R&D, thorough clinical testing, complicated regulatory approval and a long lag-time before the product is ready to go to market. "The regulatory requirements are significant," says Kevin Mendelsohn, vice president of finance and corporate development at CardioInsight. "That regulatory hurdle requires much more capital and time than say a software company or a healthcare IT company. That's where a lot of the money goes."

Ramanathan and her founding partner were researchers, not business people, but over the course of six years, they still managed to raise $35.7 million from government funding, institutional supporters, venture capitalists, industry supporters and angel investors -- all before bringing the product to market in Europe in 2012 with a limited launch. Getting this funding meant a lot of planning and forward thinking on the part of Ramanathan and everyone involved. Here are five key factors to keep in mind when raising funding in the field of biomedical technology. 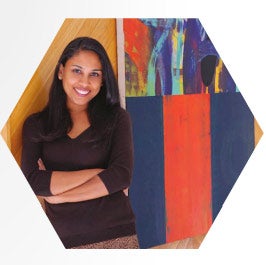 It's not enough to show your technology works. It has to be a game-changer. In CardioInsight's case, the company offered a new kind of technology that was far less invasive than what was currently available. More than any other field, biomedical technology requires that kind of innovation since want unique opportunities that both minimize risk and maximize return. "Products that have marginal differences from solutions in the marketplace have trouble getting financing," says Mark Low, managing director of the Global Cardiovascular Technology Center, which helps provide funding and resources to early-stage cardiovascular technologies.

Tap into your region's resources. The company's technology was developed at Case Western Reserve University and CardioInsight's first location was in the University's hospital's health system, helping to significantly reduce costs. "That gave them a headquarters that was much more cost effective than if they were to go out and try to sign a lease at commercial building," says Joseph Jankowski, chief innovation officer at Case Western.

Figure out how to show the greatest value early on. CardioInsight had clear milestones to meet in order to show investors down the line that the technology had the brainpower and leadership behind it to succeed. "With all venture-backed companies the greatest challenge remains how to get the most value," says Mendelsohn. In the case of CardioInsight, that meant proving the technology worked in the clinical setting, being able to generate reproducible data, showing it could be applied to various clinical applications that addressed an unmet need, and proving that it could generate a significant financial benefit.

Know your exit strategy. If a company is still relying on investment capital after seven years and more than $30 million of VC funding, it must have a plan for coming to market, says Jankowski. "That's another fear for investors," he says. "How much money and time do you need to get to an exit so that I can get my money back?" For CardioInsight, Ramanathan says the technology will go to market in the U.S. in the next 18 months, in 2015, bringing the technology's time to market in the U.S. to less than ten years. Most investors are looking for a return in no more than eight to ten years. "If you say to a venture fund, 'I could get you ten times your money but it's going to take 20 years,' they are going to pass," says Jankowski.

Be prepared to kiss a lot of frogs. The first $2 million that CardioInsight raised primarily from state funding helped the company raise the next $32 million. When you're dealing with such significant amounts of capital, investors will be particularly cautious and picky when it comes to making decisions. "One VC's frog is another VCs prince," says Paul Cohn, managing director for Fort Washington Capital Partners, which manages a fund responsible for providing capital to CardioInsight. "You've got to talk to a number of venture capital funds to find the one that's a right fit."

Often that takes a level of confidence and persistence unmatched in most other industries. It means believing wholeheartedly in your technology, because others often won't. "I felt I truly should rely on myself," says Ramanathan. "At the end of the day, it's the passion that drives the business forward."