Hiral Sanghavi is a smart dude. At 29, he's already started multiple businesses, won several robotics competitions and is studying for his MBA at Northwestern's Kellogg School of Management. But that doesn't mean he's not forgetful.

Sanghavi, who grew up in India and owns a company there, was constantly forgetting his neck pillow when he went to the airport. He traveled often, both for work and to visit his now wife, Yoganshi Shah, in the U.S. Shah finally got fed up watching her husband spend $25 on a pillow every time he traveled, and didn't love the stockpile of pillows they were gradually amassing either. 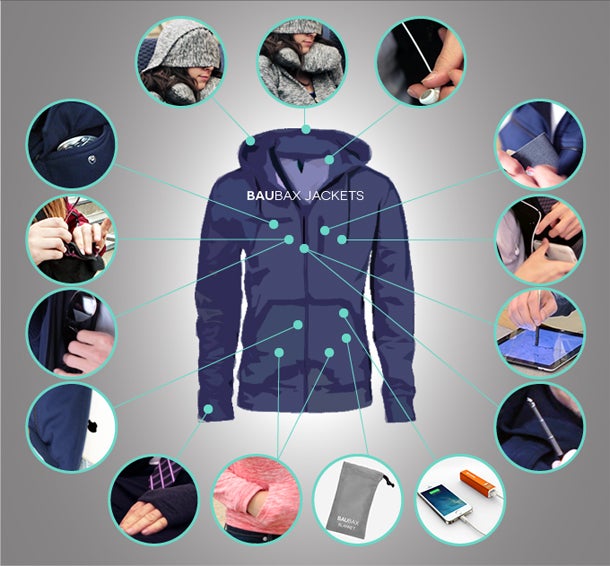 The idea for an all-in-one jacket wasn't apparent all at once. Initially the couple thought to create an app that would remind you of all the things you need to bring on your way to the airport. But in December, Shah, who is a user experience designer professionally, had an "aha!' moment and realized that a travel jacket would be more useful; in Chicago, where Sanghavi lives now, one hardly leaves home without it. Instead of an app, the duo would build a jacket with all of the items you can't forget built right in.

Immediately, Sanghavi knew it would be a winner. "Yes, this is a million-dollar idea," he says. 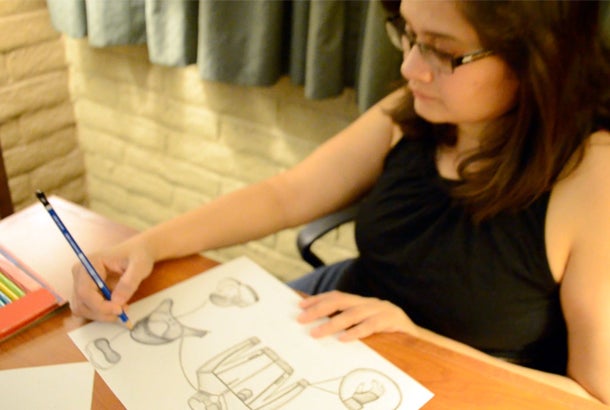 The response was overwhelming, but not unexpected. "Right now, we are filling a very, very strong gap," says Sanghavi, who can already tell from donor feedback that his jacket will be used not only by road-warrior business consultants but also by those with long commutes of all kinds.

The jacket, which comes in four different iterations (sweatshirt, blazer, windbreaker or bomber) and ranges from $109 to $129, is the first in a line of BauBax products, says Sanghavi. He eventually plans to merge his robotics brain with clothing design to put sensors into apparel that both could measure a person's vital signs and the conditions of his or her surroundings. For example, if you're too cold, your sweatshirt could communicate with your thermostat and automatically raise the temperature in your home.

Sound crazy? Sanghavi believes in dreaming big. "I am very ambitious and I have been an entrepreneur all my life. I always want to do the best, so I always try to set high goals."