Steve Case: Great Companies Will Thrive, Despite Where They're Based

The AOL co-founder has been on a tour of cities between the coasts and will soon invest $500,000 in five startups.

On a massive bus in the heart of America, a group of tech entrepreneurs and investors are spreading glad tidings about entrepreneurship and startups in cities that don't exactly scream innovation. Many people have tried to jumpstart the innovation engine across the country, but few have as much experience and clout to pull it off as Steve Case, co-founder of AOL, and chairman of DC-based investment firm Revolution.

Earlier this year Case decided to put his money and time where his mouth is by launching the Rise of The Rest bus tour. The goal: celebrate and accelerate local entrepreneurship in cities off the Silicon Valley path.

Related: Steve Case: JOBS Act Is Working, But D.C. Still Needs to Do More for Entrepreneurs 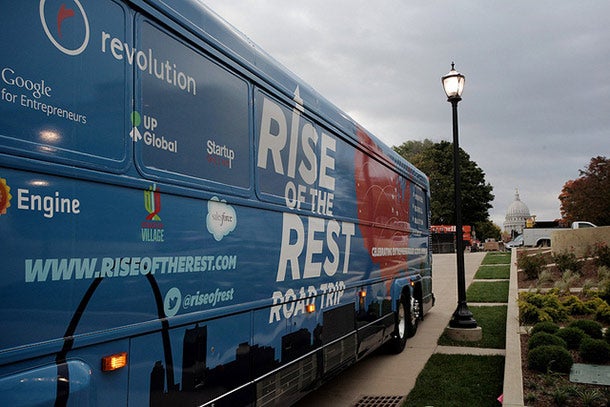 "Eighty percent of the venture-capital funding goes to the east and west coast, but there are great entrepreneurs everywhere," Case told large audiences in Madison, Wis.; Minneapolis; Des Moines, Iowa; Kansas City, Mo.; and St Louis all this week.

Over five days, Case is personally investing $500,000, giving $100,000 to the best company from each city at live pitch competitions. This is in addition to already investing $400,000 on the first leg of the tour in June in cities such as Detroit and Nashville.

The greater impact might come from the the power of his personal brand to bring civic leaders, investors and local hero entrepreneurs together to speed up the rise of the rest.

Iowa Gov. Terry Branstad, in the midst of a reelection campaign, joined the tour to talk about the hard working and less crowded Des Moines. U.S. Sen. Amy Klobuchar spent the afternoon meeting with big and small startups and touting Minneapolis's immigration-friendly culture and community.

Related: Shopping for Startup Capital Outside of Silicon Valley 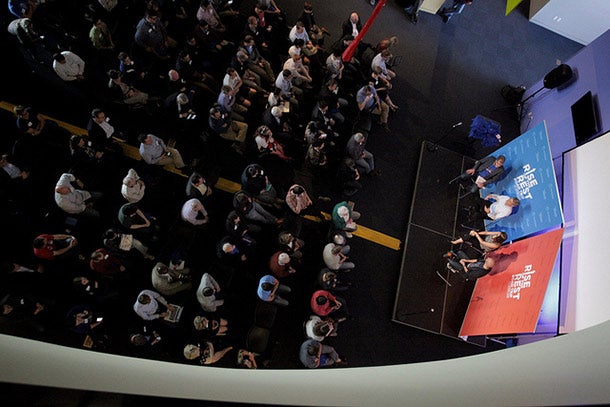 "Steve being here is a testament to how far Iowa has come in the past three years since I started my company," Milne says.

His company is a free web-based software platform allowing users to send money. It has raised $32.5 million from some of the best venture capitalists in New York and Silicon Valley. They're often touted as the shining example for how a midwest company can compete and win in spite of its atypical location.

"When a company goes public, no one cares where they're located," Case says, citing Under Armour in Baltimore, Chipotle in Denver, and Chobani in upstate New York as examples. "These companies thrive and exist in many ways because of where they are."

Case's own startup, America Online, was started in Washington, D.C., which was not exactly a tech magnet in 1985 when he began.

"Three percent of America was online when we started, but I believed in the power of what we were building," Case says.

At times his parents even tried to convince him that while a nice idea, his startup wouldn't work.

"Every great idea starts out as crazy," Case tells 200 entrepreneurs in Madison. "But great entrepreneurs regardless of where they live find a way to make their vision a reality."

Derek Andersen is the founder of Startup Grind, a 150-city community educating, mentoring, and connecting entrepreneurs. Startup Grind is based in 60 countries with over 1000 volunteers. Previous to that he sold Commonred to Income.com and did product marketing at Electronic Arts. He lives in Palo Alto with his wife and three children.