By Diana Ransom September 27, 2012
Opinions expressed by Entrepreneur contributors are their own. 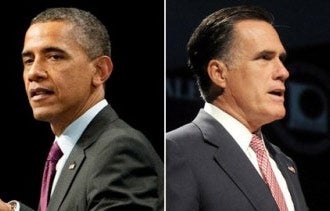 The world has gotten smaller since the last election.

A year after President Barack Obama took office, he trumpeted an ambitious goal in his 2010 State of the Union Address: His administration would seek to double U.S. exports in five years to $3.1 trillion.

At the time, many policy analysts and small-business groups cheered at the idea -- especially after just shouldering one of the worst financial disasters in modern times. But some were skeptical. After all, smaller U.S. businesses traditionally haven't needed to rely on consumers in other countries to stay afloat.

But of course, times have changed.

Though exports fell 1 percent in July, the most recent month for which information is available, the monthly tally has been running at roughly $180 billion, according to the U.S. Commerce Department. That's up from about $140 billion a month two years ago. At this rate -- roughly 16 percent annually -- exports are on track to more than double by 2015.

Contributing factors include China agreeing to let the value of its currency rise and open its markets to American businesses. The U.S. Small Business Administration and the U.S. Commercial Service have ramped up their assistance to small businesses looking to export. The Export-Import Bank, which provides direct loans, loan guarantees and insurance to businesses that export, recently increased its lending cap 40 percent to $140 billion. And small-business owners themselves have searched out new markets and consumers as the U.S. economy has remained weak.

Despite the nation's exporting gains, some small-business owners are still running into headwinds. Michael Diamant, the CEO of Skip Hop, a clothing and accessories manufacturer based in New York, says because his company manufactures its products in China, the costs associated with exporting to certain countries, which levy stiff textile tariffs on Chinese imports, can be prohibitive. "It's pretty typical to go around the world and see American products about 20 percent higher," says Diamant, whose company sells its products in 60 countries. "It’s a very cost competitive market we're in...maybe Apple can step in and change things but not Skip Hop."

So what would either Obama or Republican nominee Mitt Romney do to help U.S. businesses export and alleviate international-trade pressures, should he win the White House come November? Here, we take a look at public positions they've taken. Neither campaign responded to requests for comment.

President Barack Obama
In addition to authorizing various federal agencies to plow more resources into ramping up U.S. exports, the President has also worked toward improving trade relations. In October of last year, Obama ushered in three high-profile free-trade deals with Colombia, South Korea and Panama. The accords are expected to boost U.S. exports by about $13 billion annually, and either save or create 70,000 jobs. Then, last November, the Obama administration announced a framework for a trade and investment pact among Pacific nations including Australia, Singapore and Vietnam, known as the Trans-Pacific Partnership. More recently, Mexico and Canada have entered into negotiations as well.

Related: What the SBA's Future Holds: Romney vs. Obama

This February, the Obama administration announced an ambitious plan to reform and simplify the U.S. business tax code. Per his plan, Obama proposed eliminating tax loopholes and imposing an immediate tax on profits earned by U.S. companies overseas -- a move that could negatively impact American companies that conduct business abroad, as some firms will keep profits offshore to avoid paying taxes. Some critics say the plan penalizes small businesses, as they tend to be underrepresented in the manufacturing sector.

"We can choose a future where we export more products and outsource fewer jobs," President Obama said in his speech at this year's Democratic National Convention. "After a decade that was defined by what we bought and borrowed, we're getting back to basics, and doing what America has always done best: We're making things again."

Former Massachusetts Gov. Mitt Romney
Although Romney hasn't directly addressed exporting, he has talked at length about trade. As president, Romney would also support the Trans-Pacific Partnership -- which he reminds voters on his website was initially negotiated by George W. Bush. He would further attempt to reprise failed trade talks that would have created a free-trade zone throughout the Western Hemisphere. Previous efforts to create similarly styled free-trade area, which would have included 34 nations, broke down in 2005.

Romney may look to tighten trade ties with other free-market-oriented societies as well. In his book, No Apology: Believe in America (St. Martin's Press, 2010), Romney wrote about forming a "Reagan Economic Zone," which he says would draw in other countries committed to free enterprise and free trade. As an outspoken critic of China's trade practices, Romney offers the world's most populous country a tepid welcome to his Reagan Economic Zone. "Offering Beijing the possibility of participation will give China significant incentives to end its abusive commercial practices," according to Romney's campaign site.

When it comes to taxing international companies, Romney takes a different stance than Obama. Romney would implement a territorial tax system, which would overturn the current system that requires U.S. businesses to pay income taxes, regardless of where revenues are generated. He says the move would encourage domestic investment of foreign profits. Currently, a company would need to pay U.S. taxes in order reinvest those funds in its U.S. operations. A territorial tax system would also, says Romney, make U.S. companies more competitive in the world market, as other countries including the U.K. and Japan have already adopted the practice.

"I've spent more than two decades working in the private sector, starting new businesses and turning around failing ones," Mitt Romney wrote in a May op-ed in the Cleveland Plain Dealer. "I've learned a thing or two about how government policies can kill private investment and stifle job creation and I have a plan to get government out of the way."

Which candidate do you think has the best plan for boosting exports and easing trade conditions? Let us know your pick and why in the comments section below.