By Mitchell Harper April 21, 2014
Opinions expressed by Entrepreneur contributors are their own.

In studying companies that are already successful, you can see patterns that can be replicated. Picasso is credited with having said something to the effect that good artists copy; great artists steal. And that concept is certainly relevant to building a startup.

After all, why reinvent the wheel when you can take some of what’s worked for others and apply the same principles to your business?

Related: Why Growth Hacking Won't Work for Every Company

With that in mind, here are 13 growth hacks from leaders of some of today's successful technology businesses:

1. Mark Zuckerberg: Have a major, long-term goal. What's Facebook's goal? As Mark Zuckerberg has said, it's to "connect everyone, understand the world and help build the knowledge economy."

That big, long-term goal is what guides every decision he makes. It also informs what Facebook values, which in turn influences the company's direction. An organization with the goal of connecting everyone will make the types of decisions that could lead to the addition of scores of new users each quarter.

What's your company's long-term goal? Are you making decisions that reflect this? Start working toward your goal, and you'll perhaps reach it sooner than you imagined. 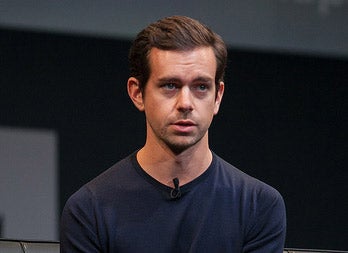 2. Jack Dorsey: Develop a new idea. Twitter co-founder and Square CEO Jack Dorsey has demonstrated the power of focusing on an idea. Twitter's service was initially developed as a way for people to send messages to a group of friends. Square's service began as a way for micro-businesses to process credit-card payments.

A 60 Minutes segment in 2013 explained how as a kid Dorsey studied how trains worked and was intrigued by the brief messages sent by emergency dispatchers. This ideas later fed into how he came to create Twitter's product. Business Insider has covered more about how the product was developed and a company was formed.

A really great idea can lead to a natural progression, but building a company first and then plugging in a rather average one will slow things down.

3. Kevin Systrom and Mike Kreiger: Make it fun. If your business isn't growing as quickly as you'd like, ask an important question, Is your product fun? In a world of abundant choices for consumers, people tend to gravitate toward a product or service that's fun to use.

That's how Kevin Systrom and Mike Kreiger took Instagram from an ordinary photo app to a household brand. Point Global Marketing summed up the strategy of Instagram's co-founders as follows: "Take a great idea that already exists and come up with a ‘fun’ feature."

Does your product have a fun feature?

Related: Forget Time Management. Do This Instead and Be More Productive.

4. Nicholas Woodman: Hack your time. You can spend more time growing your company if you hack the rest of your life to eliminate roadblocks. When GoPro founder and CEO Nicholas Woodman was building his firm, he wore a CamelBak of Gatorade and water so that he never would have to stop what he was doing to find a drink.

To grow a company, figure out what's keeping you from getting work done and then hack your schedule. Set aside blocks of uninterrupted time, hire someone to screen your calls and strap on your own CamelBak and get to work. 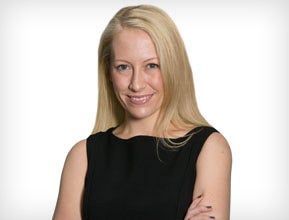 5. Julia Hartz: No customer is too small. You may think you've done well in promoting your product to a specific market, but if you don't make it accessible for everyone to use, you're limiting it growth potential.

When Julia Hartz co-founded Eventbrite, she aimed for the "democratization" of event ticketing. No event was too small to make it onto Eventbrite's site. Her company also set an important policy: People did not need to pay to use the service if their event was free.

This policy of welcoming all users, no matter how small, helped push Eventbrite ahead of its competitors. To maximize the growth of your company, adopt a similar strategy.

Related: Want to Thrive Like AirBnB and Uber? Build Growth Into Your Company's DNA.

6. Brian Chesky: Solve a real problem. The trio that founded Airbnb, Brian Chesky, Nathan Blecharczyk and Joe Gebbia, didn't see the startup grow until its service was advertised as a solution to a real problem: connecting tourists with residents with spare rooms so that more people could visit Denver during the 2008 Democratic National Convention.

This helped establish Airbnb as a trusted company and set it up for rapid expansion. If your company wants to grow quickly, simply find a problem and solve it.

In other words, if you have a product that's so wonderful it sells itself, you'll see growth beyond your wildest dreams.

8. Ari Talja: Have a really good database system. To support a startup's growth, you need a really good back-end tracking system to handle data like customer information, subscriptions and billing. As Ari Talja, a lead server architect at Rovio Entertainment, told Computer Weekly, "We knew that we needed to be prepared for massive usage and be ready to scale up quickly when needed."

Without Rovio Entertainment's having an infrastructure ready to scale, its Angry Birds would never have flown.

Related: A Primer on Patents: Who's Getting Them, Where and How Long It's Taking (Infographic) 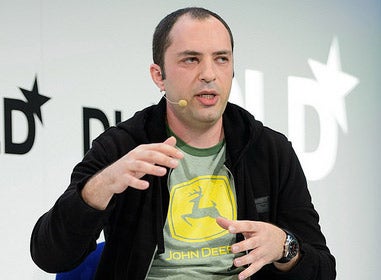 Is your company growing organically? Or are you trying to force your way to the top?

10. Nguyen Ha Dong: Know when to stop. Why did the Flappy Bird developer pull his app from the market Because, as he told the South China Morning Post, the app's runaway success "ruined my simple life."

Not all growth is good. Too much growth, too quickly, can destroy a company -- and spoil your life. Follow the Flappy Bird developer's example and know when you should pull back.

Related: How to Hire Someone Aligned With the Company's Mission

11. Drew Houston: Hire the best people. Drew Houston, CEO of Dropbox, recently told Technology Review how to recruit suitable employees: "You have them swing by the office for drinks, do various things, and you introduce them to the company, and you sort of tastefully educate them on everything that’s going on in the company."

Without top talent on board, your company will never be able to fulfill its growth potential. Even one or two great new hires can make all the difference.

12. Jon Oringer: Spend money efficiently. Jon Oringer famously started Shutterstock without outside funding. He has said he doesn't believe that venture capital is necessary to start a business and that it's possible to grow a company  with a small budget by learning how to spend every dollar efficiently. 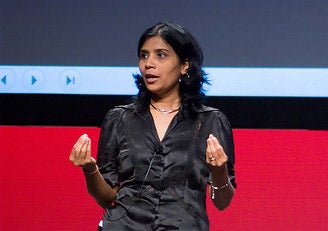 Editor's Note: This piece has been updated to provide more details about Jack Dorsey's development of the idea for the Twitter product and sources for background information.

Mitchell Harper co-founded Bigcommerce in 2009 and started PeopleSpark in 2015. He is a self-taught entrepreneur with a passion for finding large business-to-business markets that are underserved by existing technology providers and then bringing to market solutions to help those businesses be more successful. He regularly blogs about productivity, leadership and company culture on his personal blog.