Get In On The Action: GamePlaySport's Jad Berri Wants You On Board

By Kareem Chehayeb May 18, 2015
Opinions expressed by Entrepreneur contributors are their own.
You're reading Entrepreneur Middle East, an international franchise of Entrepreneur Media.

“We have probably the most impatient generation, and it will get worse as we grow.” Not your usual inspiration story, but that’s one of the motivators that drove Jad Berri to set up GamePlaySport. “It’s really hard to know what sports and activities are happening around you now,” explains the co-founder. Berri has an interesting work history, referring to his stint at Xbox as Microsoft’s Manager in Paris, and his involvement as Digital Consultant for several media groups. GamePlaySport co-founder Ghazwan Hamdan is also the founder of boutique design agency Maek, based in London, Dubai, and Bangkok.

Berri describes GamePlaySport as an “online aggregator for sports” that “helps people find sports to do in town easily as well as support sport clubs increase participation to their classes.” His favorite sport? “I love water sports, yet Ghazwan is the talented one, and despite being older than me, he keeps beating me at anything from football, to running and CrossFit!” Setting up a platform like GamePlaySport required tons of research and study says Berri, explaining, “We first went through market analysis, surveys, and discussions with sport clubs and sport enthusiasts as well as industry players.” Later on, they “translated all key findings into requirements that were translated into functional requirements for us to draft our initial system design and launch a beta version to assess users’ feedback.” So they studied their target audience and the market’s current conditions and built a platform that can satisfy demand and improve the market’s overall state. Solid.

Was the startup capital-intensive? Berri urges that people stop assuming that web-based businesses are cheap and require little to no costs, claiming that “online is often synonym to cheap investment” for those outside the industry. “Building [a] quality online product is not only expensive but requires continuous investment as tools and methodologies continue to improve,” also mentioning the costs for driving in and maintaining traffic in such a competitive environment. “Put simply, our cost structure is based on three pillars,” says Berri, listing product costs, data/content-related costs, and commercial costs. Though he didn’t mention any specific numbers, it appears that GamePlaySport has
a relatively large team with folks “in the U.K.,” excluding their existing core team. Despite that, Berri admits that GamePlaySport doesn’t have any angel investors, adding that “monetization is key, yet secondary, at this early stage in our journey’s vision.” 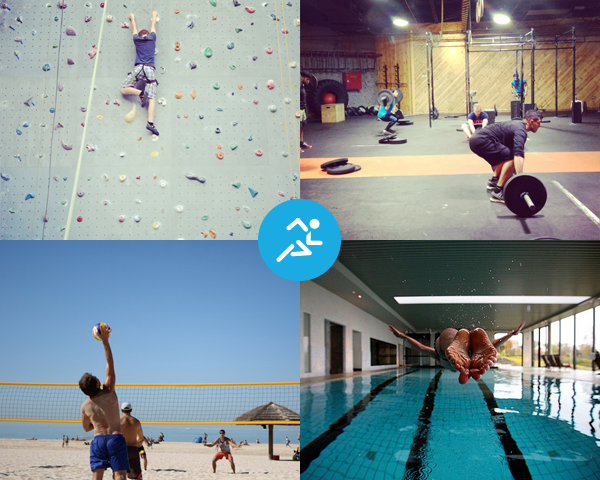 Technical details aside, how does GamePlaySport work? Both segments of its audience, sports enthusiasts and sports clubs, enjoy many neat futures that come with the platform. “For sports enthusiasts, users go on gameplaysport.com, browse activities and sports or search for particular sports based on location and time,” specifying that the platform currently has over 1000 activities listed from 300 sports clubs and venues. Sports clubs are able to promote their programs to a larger audience, and can manage them through an account dashboard. The platform is free of charge for both sports enthusiasts and clubs. Oh, and Berri points out that GamePlaySport “works on the go”- mobile-friendly websites for the win! The portal’s co-founders are both pleased with the reception thus far, with positive user feedback calling it a “much-needed tool,” and comments on user-friendliness. Given that we haven’t seen another online platform like this in the UAE, it comes as no surprise that GamePlaySport appears to be doing well.

It seems that they’ve filled a massive gap in Dubai’s ever-growing health and fitness market. Berri agrees,describing it as a market experiencing “double-digit growth. Everyone can notice sport clubs opening every month, new public and private sports events from cycling to football and health food and clinics increasing their presence in the city.” GamePlaySport works with both large and small ventures; the focus is to create a platform that benefits any kind of club or venue in that growing sector and specifically to “increase their reach outside of their core audience. Our partners clubs include specialized gyms as well as established and influential clubs such as Platform 3 or Innerfight.”

So what’s next? “We’re only at the beginning of a long journey!” says Berri, who says that GamePlaySport already have growth plans for the future. They’re expanding geographically, now opening up to users from Abu Dhabi, and stepping up on their web platform by working on adding a payment option “so users can book their activities online rather than having to contact the club manually.” What about apps? Berri admits that he’s putting those plans on hold, citing an interesting statistic, “There are lots of great apps out there, yet the vast majority of users use less than 5% of those apps.” Long story short, he’s waiting for GamePlaySport to have an even larger audience before developing an app. Growing your business means facing large obstacles, but I’m sure Berri and Hamdan will just (rock)climb right over them.

TAQADAM Tales: Vetwork Is On A Mission To Help Pets Be Medically Treated Better