Vice Cream was created as a response to the low-calorie, dairy-free and sugar-free products on the market.

Dan Schorr says two events in his life finally filled him with enough fear to motivate him to pursue his long ambition to become an entrepreneur.

The first was avoiding the bombing at the finish line of Boston Marathon in 2013. Schorr went straight to the airport after he had finished running, and when he got off a plane in Chicago, he had scores of missed calls and almost 200 texts from people worried that he may have been killed.

"I really began to think about no regrets," he says.

The Boston native has spent his entire career in food. He was promotions manager at Power Bar from 1994 to 2000, when Nestle acquired the company. He then worked at PepsiCo on Gatorade. But he says he always wanted something to call his own. So four years ago, Schorr made a trip to the Expo West, one of the biggest trade shows in the food space, to see the landscape.

"I thought I was going to start chips or beverage or something that was hot," he says. Instead, Schorr, who worked in an ice cream truck during college to pay for room and board, found his way to the ice cream section of the show, and says he saw only sugar-free, dairy-free or soy varieties. He said to himself, "This is not ice cream."

He decided to do something about that. In 2016, Vice Cream was born. But in the midst of laying the foundation for the company, Schorr started feeling sick. He says his primary care doctor dismissed his illness, so he found another doctor. During a trip to Target to buy toilet paper, he got the call: the doctor found an aggressive lymphoma, which left untreated would kill him in 12 weeks. Sessions of chemotherapy would further his drive to make Vice Cream a success.

"My whole philosophy with this brand is about living life and indulging in life," he says. "The key thing is that whether you go to SoulCycle or eat kale, when you come to ice cream, eat fucking ice cream."

Vice Cream, which had its first products on shelves in June 2016, can now be found in 5,000 stores across the U.S. Schorr says what separates it from other brands is a proprietary pasteurization technique as well as its risque flavor names, including Toffee Wife, Choc of Shame and L'Orange a Trois.

Related: How This Franchisor Found Sweet Success With an Ice Cream Experiment

Entrepreneur spoke to Schorr about taking on investment and growing, why branding and marketing is vital and speaking to fellow cancer patients.

Our strategic decision was to scale quickly. Part of the rationale behind that was we're not testing an entirely new category, we're just approaching it differently.

We never know where indulgence is going to play. What I've learned from Pepsi was that Mountain Dew's number one market in the country is Minneapolis. The indulgence may play well in the Midwest and maybe won't play well in San Francisco, but we won't know unless we try.

Your company raised more than $2.1 million. Why did you seek funding for your business?

It's a question of being able to have capital to fuel expansion. Marketing is a big part of this. The second thing is building inventory. The idea of financing inventory if you're going to do $5 million dollars in revenue, you have to have $2.5 million in inventory. As a small company starting out, getting a loan from a bank is next to impossible.

My goal for this is to exit. I would rather accelerate it, be attractive to somebody we can sell to and have a lesser part of the company and award employees -- that's what success looks like for me. 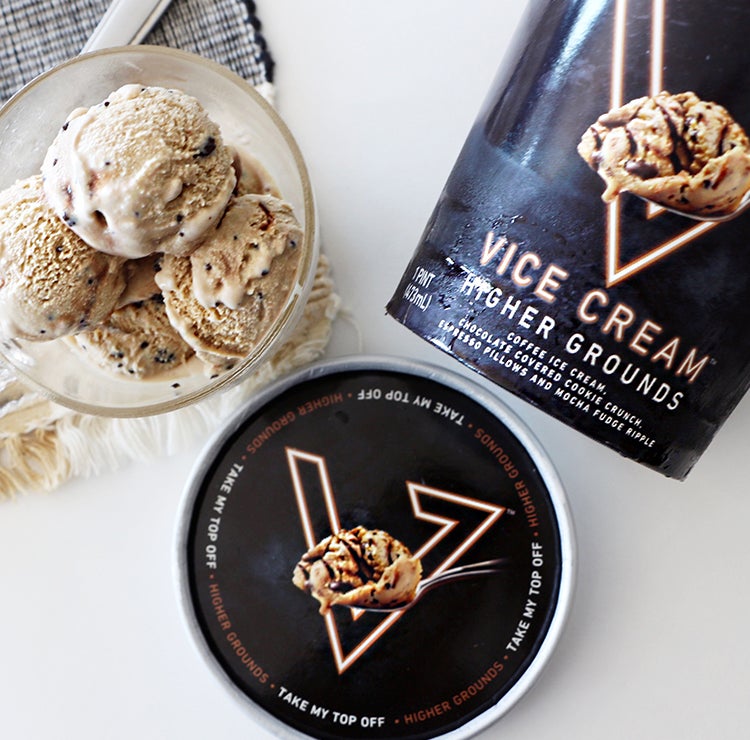 We have figured out what doesn't work. We're still trying to figure out what does work. There is an element of marketing which is B2B, so you're marketing as much to your consumers as you are to retailers. We did radio. We didn't find that radio moved the needle. Most people will tell you it's expensive, but demos and sampling really do move the needle. Social media is something we're still figuring out. Building awareness is great, but how does it drive trial and purchase?

If we keep our heads down and do our jobs, everything will work itself out. We have a really good strategic plan, an incredible brand, we have funding and a phenomenal product, but it's about execution. Cancer has given me perspective. I'm more intense, especially with the passing of my mom recently and building this brand and giving back. We have to execute really well. I don't think we'll exit in three years but five years.

You said Vice Cream resonates with people who are battling cancer. Why do you think that is?

I got a DM on Instagram, and the guy sent us a picture of his insurance bill with his copay -- my guess is he had surgery the same day he went into chemo -- and he had a pint of ice cream next to him. He said you go through an ordeal like I'm going through and you just want to come home to a pint of ice cream. I said to the team, Do you have any idea how big this brand is? We're connecting in this way that is incredibly real and authentic. Everybody's impacted by cancer. It's a club and a community I never intended to join. It's a big piece of who we are.

I lived. I wasn't supposed to live. We started this company. If this story resonates, I have a responsibility to tell it. If one person who is not feeling well goes in and catches it early, it's all worth it.