Jeni Britton Bauer of Jeni's Splendid Ice Creams has 32 shops across the country, sold millions of scoops of ice cream and is just getting started.

A lover of scents, Jeni Britton Bauer says she always wanted to be a perfumer. Instead, she opened an ice cream business which has created more than 200 flavors, including osmanthus and blackberry crackle and Bangkok peanut. Yet, her original ambitions are evident when she speaks about her passion for frozen treats.

"The great thing about ice cream is that it has this perfect melting point just below body temperature, so as soon as it hits your tongue, all of the scents volatilize in your mouth and nose," she says. "It's a combination of what you taste on your tongue -- sweet, sour, bitter, salty, umami -- and then what you're experiencing in your nose, which can be hundreds of different scent compounds." 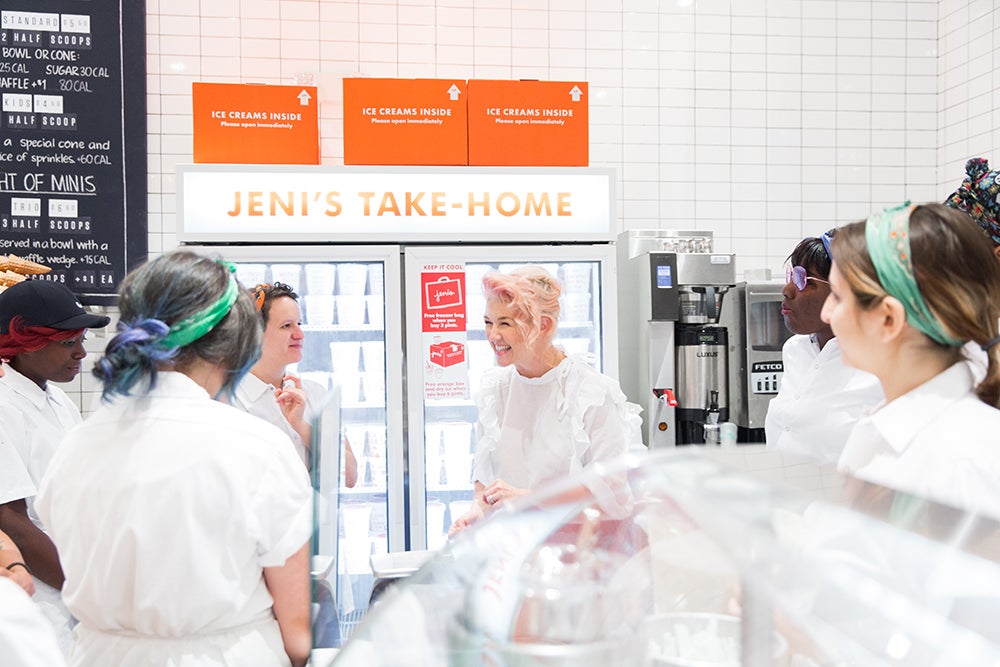 Using scent as the basis, Bauer in 1996 set out with a lofty goal: setting a new standard for American ice cream.

And it seems she is on her way to accomplishing her mission. Twenty-two years after opening her first ice cream business (which she shuttered only to try again two years after), Bauer's company Jeni's Spendid Ice Creams, has grown from its first shop in Columbus, Ohio's North Market to recently opening up its 32nd location in Washington, D.C. It sold 5.5 million scoops of ice cream in 2016, currently employs about 800 people and raked in $30 million in sales last year. She's also the author of two books, Jeni's Splendid Ice Creams at Home and Jeni's Splendid Ice Cream Desserts, the former of which won a James Beard Award in 2011.

"Our goal in three years is to be a household name in American kitchens," Bauer says. "We have a lot of work to do to help people understand how we make our ice cream and what an awesome, amazing company this is."

Bauer hopes to accomplish this by staying focused on creating flavors and expanding its footprint in grocers across the country -- it just secured a deal to be carried in Publix stores starting in March. 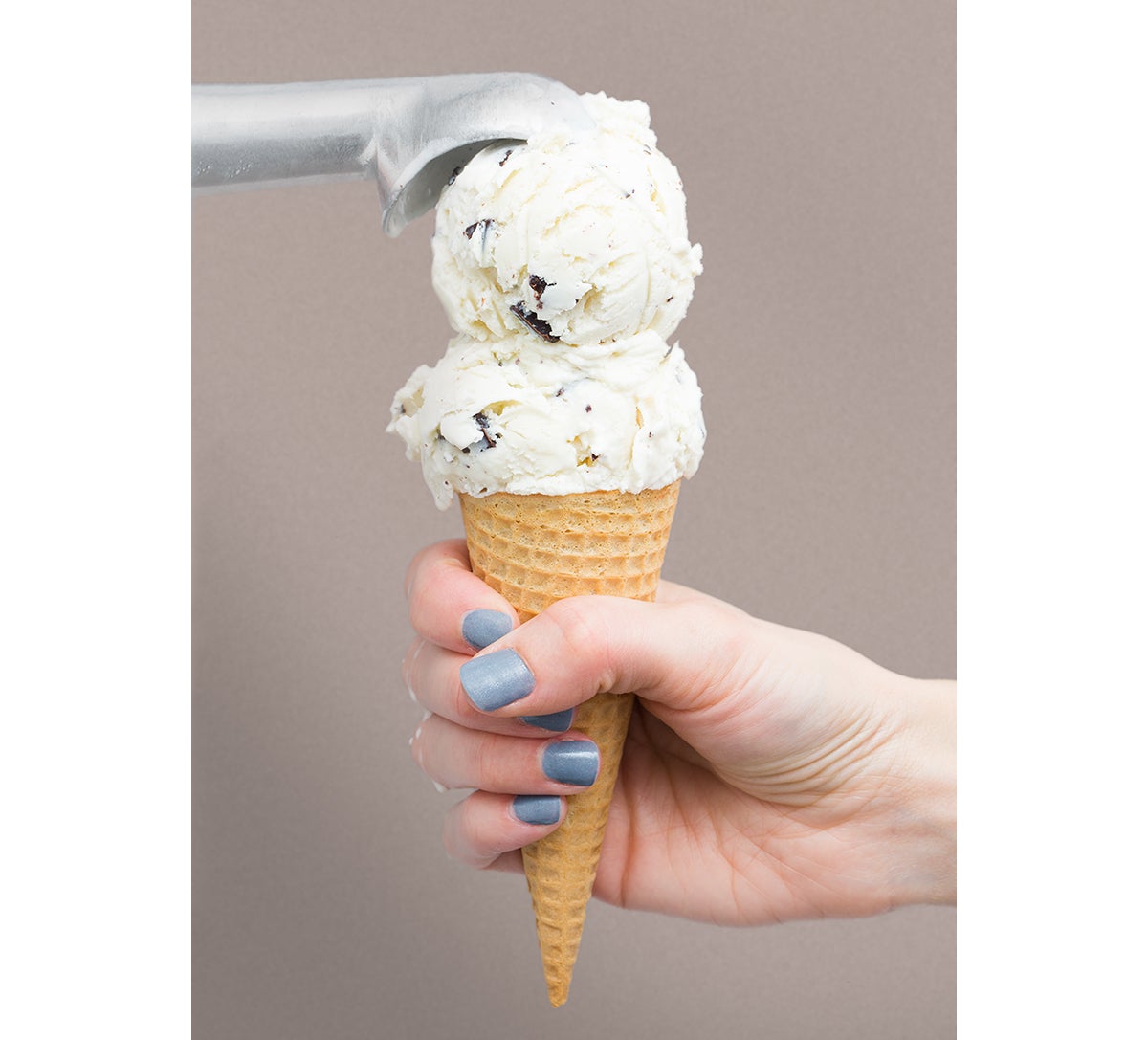 We spoke with Bauer for more insights on her business and, of course, sweet treats.

You were initially set up in a farmer's market. How did that experience impact your company?

Those days are really important to me, because I got to serve people over the counter. For eight to 10 years every single day I got feedback on the ice cream that I was making. The great thing about the market is that the top culinary people in the community, including food critics for the newspapers and now bloggers, shop there.

Just watching somebody eat an ice cream, I'd be able to see the reaction to it. A lot of times people won't say anything but maybe they give an expression of delight or disgust. Our quality standards were built on those eight to 10 years.

Related: How A&W Got Its Soul Back

What sets your product apart from your competitors?

We have figured out how to make this incredible ice cream without the use of stabilizers or emulsifiers. The only reason we don't use those is because I don't like the flavor and also because we can use milk protein to do the same job.

The other thing that makes us truly different is how we operate our company. We work directly with our makers, growers and producers and use their entire fields of produce, which they grow for us, or entire batches of whisky or whatever. Working directly with these people means that we can really truly make better ice cream. We don't take shortcuts.

At what point did it feel like a real business to you?

It was always a real business to me. I did everything I could every day to get to this incredible goal: that American ice cream is the best in the world and my company can set the standard for it. Everything that I've done has been toward that goal.

The fact that I studied art history actually helped me a lot as an entrepreneur. Entrepreneurship is very emotional, especially when you're a maker like I am. You're really trying to make something that you love but also to get people to truly love it, and that's just such a wonderful emotion. I feel like art history is all about this emotional, honest and true history from the people who actually lived it and the art they created.

Dean and Deluca in New York found out about us and placed an order. I had to go design a label really quick with my friend so that we can meet that order and after that Foragers Market in Dumbo, Brooklyn, contacted us within a couple of years. And then it kind of snowballed from there.

In 2009, I brought in our CEO John Lowe and his first job was literally calling specialty markets directly. What he kept hearing was that it was too expensive. It was $9.99 to $11.99 depending on what part of the country you're in. It was hard, because there were no distribution companies that were going to work with us. 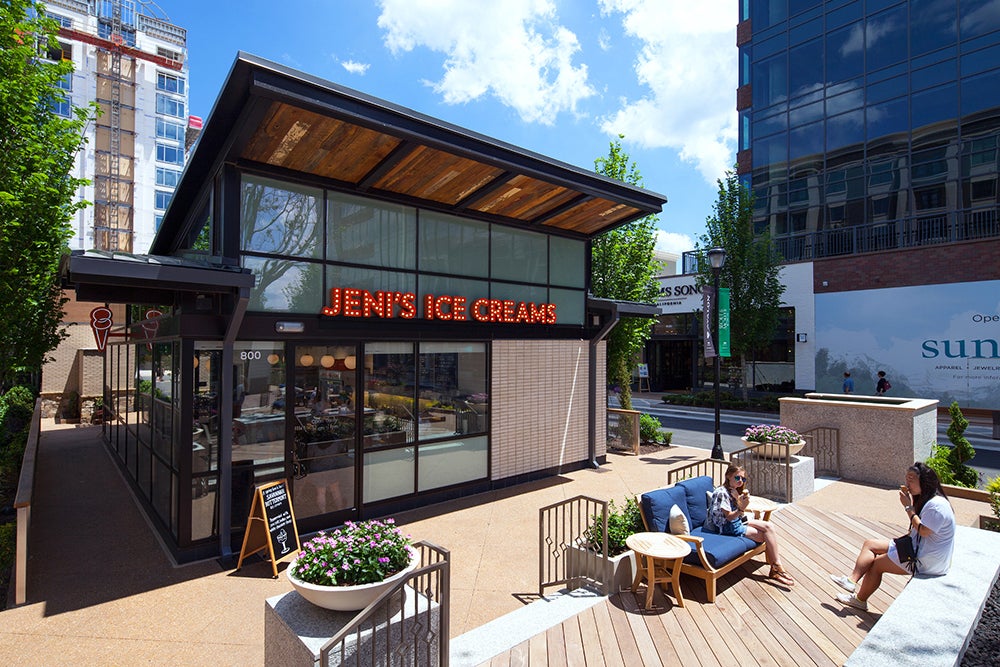 The other thing we did was we brought in another guy, Ryan Morgan. He wanted to leverage our social-media following. We connected Ryan with grocers, and he started to not only be a salesperson but he would also use all of our social media to drive people to those openings. So there would be people waiting to buy and that made the distribution companies interested.

[Social media] and new flavors. We can drop new flavors in stores and through social media spread the word. Every time we do it, people are lining up around the block again. Over time we've been able to learn which flavors people respond to the most, which is what we make available.

Were there any particular flavors that were born out of customer feedback that you wouldn't have thought of yourself?

Lime cardamom yogurt has been very popular for a long time and that was actually a customer's idea, which I don't do very often. It's one of my favorite flavors actually.

I would say that every single flavor that I've made has been tweaked by listening to what people are responding to, even down to the details like how caramelized our caramel is.

Related: 10 Marketing Influencers That Every Entrepreneur Can Learn From

How do you separate between listening to your gut about something and taking customer feedback?

I would never ask somebody what they think of a flavor before I put it out. If you ask people, they will give you their opinion and it's always negative first. And if you give it to focus groups first, you will get a very different product than what we get at Jeni's.

Do you have a particular flavor that's your favorite?

It probably is our lemon buttermilk frozen yogurt. I've been making it since 1996 -- my first days in business. I love it. I'm never tired of it. It's so simple. It's fresh squeezed lemon, buttermilk, beautiful yogurt, cream and grass pasteurized milk.

Is there anything unusual about the way you run your company?

I think a lot of companies sort of separate marketing, creative and R&;D and we're all one. We're really kind of a marketing-communications-branding-R&;D team. We make the ice cream and photograph and write about the ice creams, and we create our digital and social and all of our campaigns. It's like eight people and I feel like we get really beautiful, authentic stuff because of that.

What's something that would totally kind of blow people's expectations apart of working in ice cream?

I eat ice cream every single day to the point where it's balanced into my life. I often just eat steamed vegetables for dinner, and I feel very fine and great and comfortable with that, because I love ice cream so much.