Nearly 50% of Workers Plan to Quit Their Jobs in 2023, According to a New Report

A survey of over 2,500 professionals found that 46% are either looking for a new job already or intend to start in the new year.

Hiring freezes and layoffs are on the rise, with some tech giants like Amazon admitting the cuts will extend into next year. However, despite a slowdown in hiring across multiple industries and looming economic uncertainty, many workers still plan to quit their jobs anyway.

According to a new report from business consulting firm, Robert Half, 46% of professionals are currently looking for a new job or plan to in the first half of 2023, which is up from 41% six months ago. The data comes from over 2,500 respondents across various industries from marketing to finance. 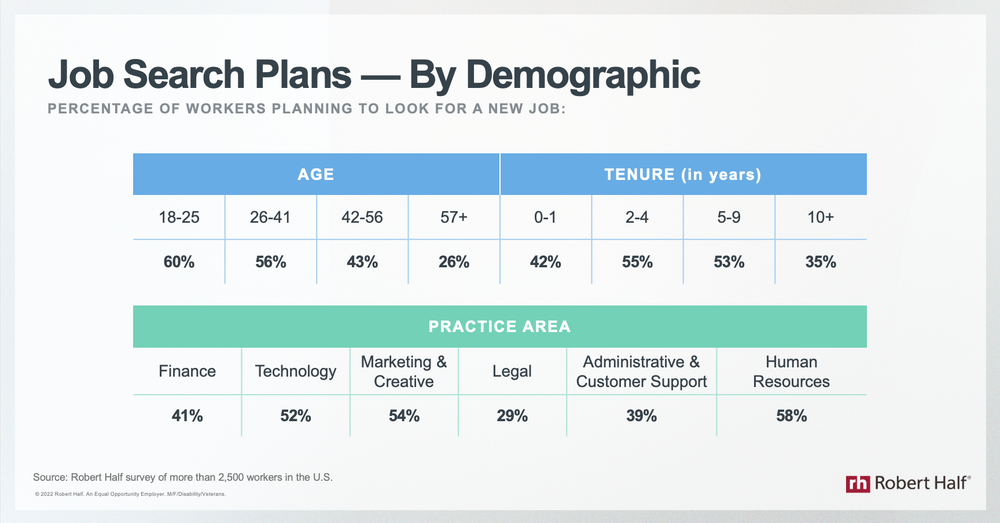 "Noise around hiring freezes and layoffs at some companies hasn't seemed to faze workers — many are just as confident in their job prospects as they were six months ago," said Paul McDonald, senior executive director of Robert Half, in the report. "The labor market remains tight, and professionals are curious about exploring new and more fulfilling career paths."

The leading reason professionals are seeking new positions is a higher salary (61%), which is No. 1 by a landslide, followed by better perks and benefits (37%).

The fight for talent may not be slowing down, either. According to the report, the top three reasons candidates get turned off by a position are unclear or unreasonable job responsibilities (56%), poor communication with the hiring manager (50%), and misalignment with the company culture and values (36%). 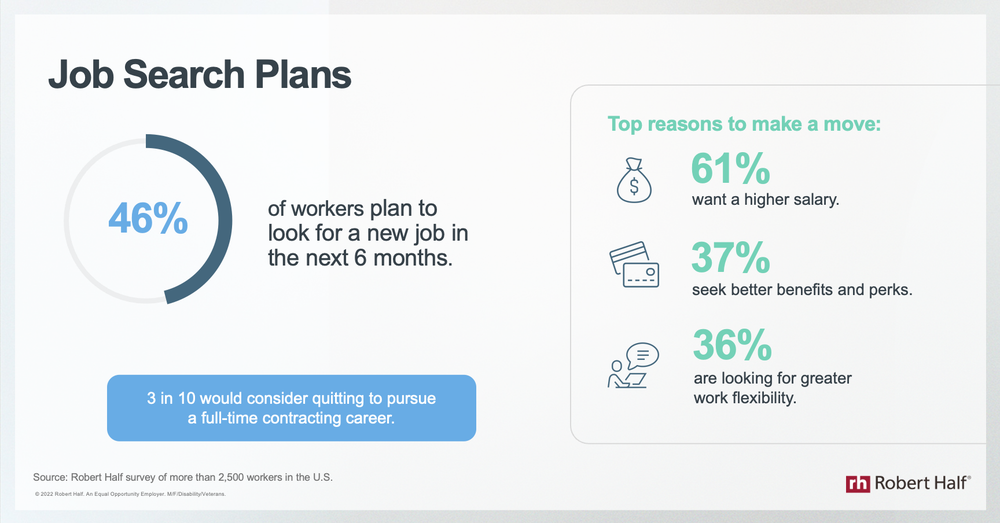 "The employment landscape is changing day to day, and it will be interesting to see how the next few months pan out," McDonald said in the report. "Regardless of what happens, employers can't take their foot off the pedal when it comes to earning trust and driving engagement with current staff and creating a positive experience for potential hires."

Related: 8 Ways to Avoid Quiet Quitting on Your Team