Emirati Women's Day 2022: Meet 10 Female Trailblazers From The UAE Who Are Championing Innovation And Entrepreneurship In The Country

The UAE was ranked number one across Arab nations in the World Economic Forum's Global Gender Gap Report 2022.

Women's success stories often derive from years of determination, fortitude, and relentless efforts, and the stories of Emirati women are no exception. But what is often found to be the common thread that ties together such tales of achievements is the support offered by the UAE government. Indeed, the UAE was ranked number one across Arab nations in the World Economic Forum's Global Gender Gap Report 2022.

To mark Emirati Women's Day this year on August 28, 2022, UAE-based entities Tamkeen and startAD, along with the Abu Dhabi Government Media Office, and the US Mission to the UAE, have published Emirati Women Achievers, a commemorative book that highlights 51 Emirati women who are furthering innovation and entrepreneurship across various sectors in the UAE.

Released under the patronage of H.H. Sheikha Fatima bint Mubarak, Chairwoman of the General Women's Union, President of the Supreme Council for Motherhood and Childhood, and Supreme Chairwoman of the Family Development Foundation, Emirati Women Achievers is a testament to the many Emirati women who are paving the way for future generations of inspiring women to achieve impressive achievements. Here is our selection of 10 success stories featured in the publication: 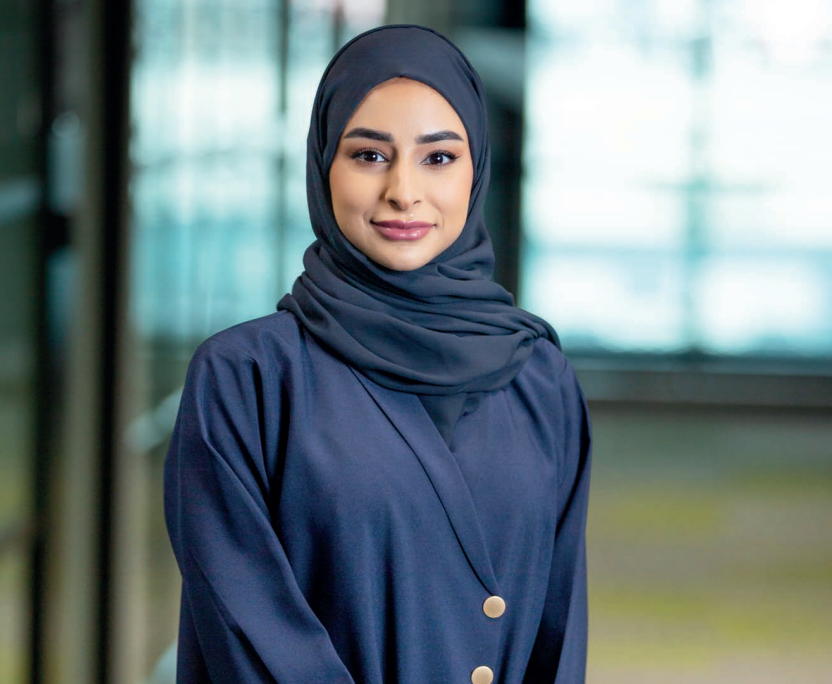 The notion of providing women with opportunities to invest and change their circumstances for the better seems to have defined the entrepreneurial journey of social entrepreneur Latifa Bin-Haider so far. She herself feels as if she also got a life-changing opportunity- not from another woman but from her homeland. "I am inspired by the rapid development of our country and the opportunities that our wise leadership offers us," Bin-Haider says. "This makes me want to give my best and achieve positive changes in my community. My ambitions are built on determination and discipline, to become a successful entrepreneur and make a difference in people's lives." 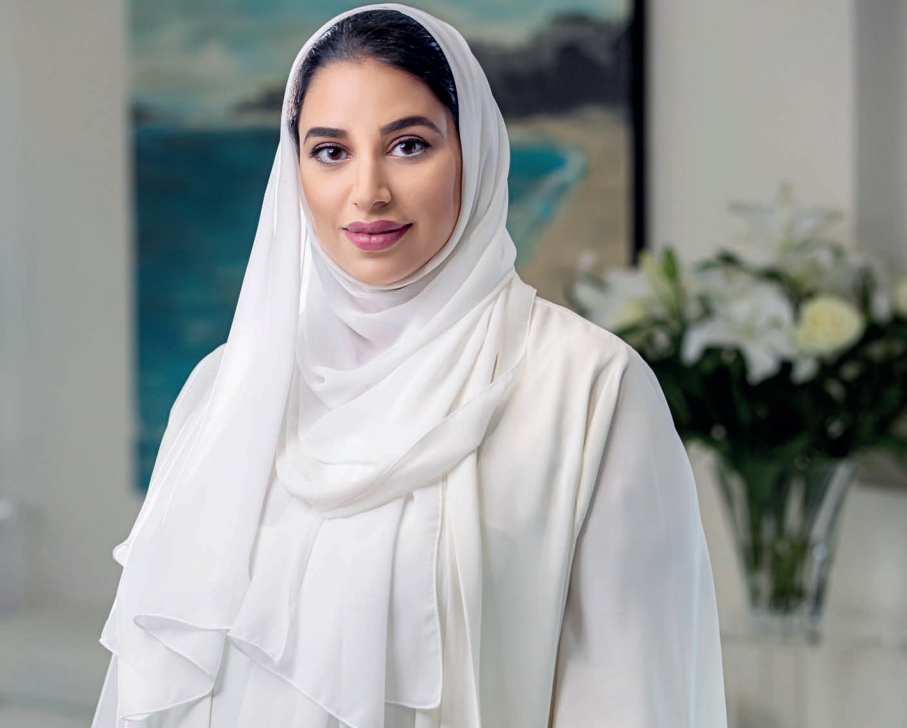 An advocate for women 's economic empowerment, Marwa Al-Mansoori considers her country as one of the major sources of her entrepreneurial inspiration. "I grew up in an inspiring country that is aware of the positive change that women 's energy can bring forth, and which inspires women to thrive and achieve our best, and never give up," Al-Marwa says. "The encouragement given to us to believe that nothing is impossible motivates our potential not only in the financial industry but also in investing in women-owned businesses. As Emirati people, we have been raised to be the best role model for ourselves based on unity, acceptance, and knowledge." 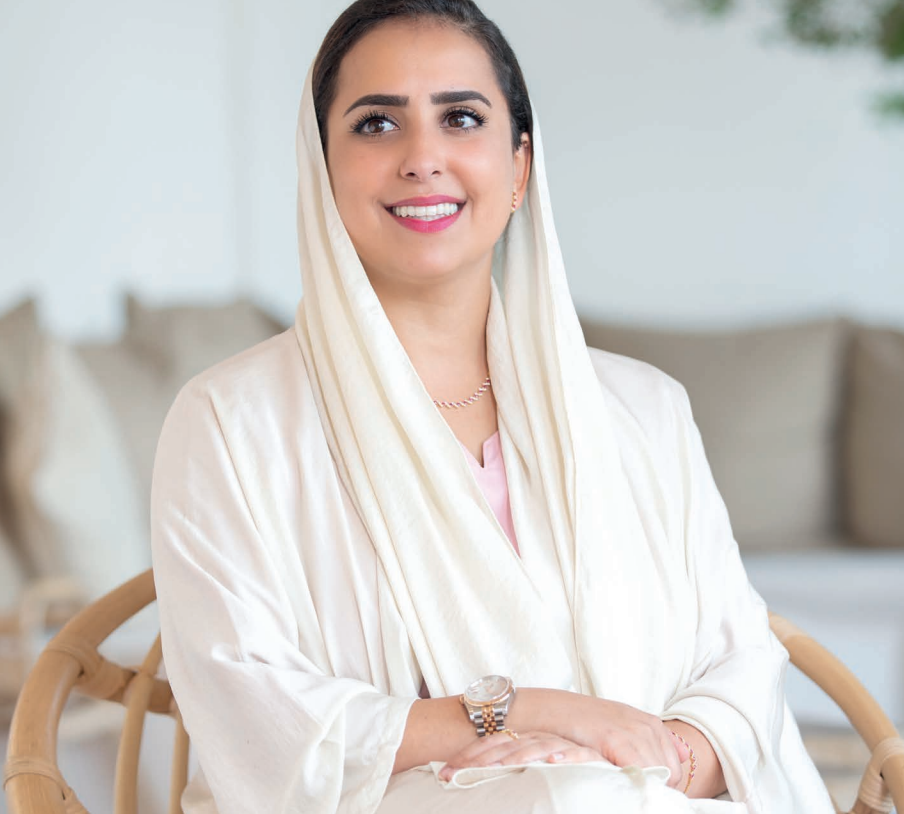 As someone who channeled her own struggles with stuttering into a full support platform for others called Stutter UAE, Al-Qaissh is known for changing lives. And, as an Emirati woman and a working mother, Al-Qaissh is grateful to the UAE for changing her own life by giving many opportunities to her as well as her children. "I admire my country's openness and how diversity is an important element in establishing society," Al-Qaissieh adds. 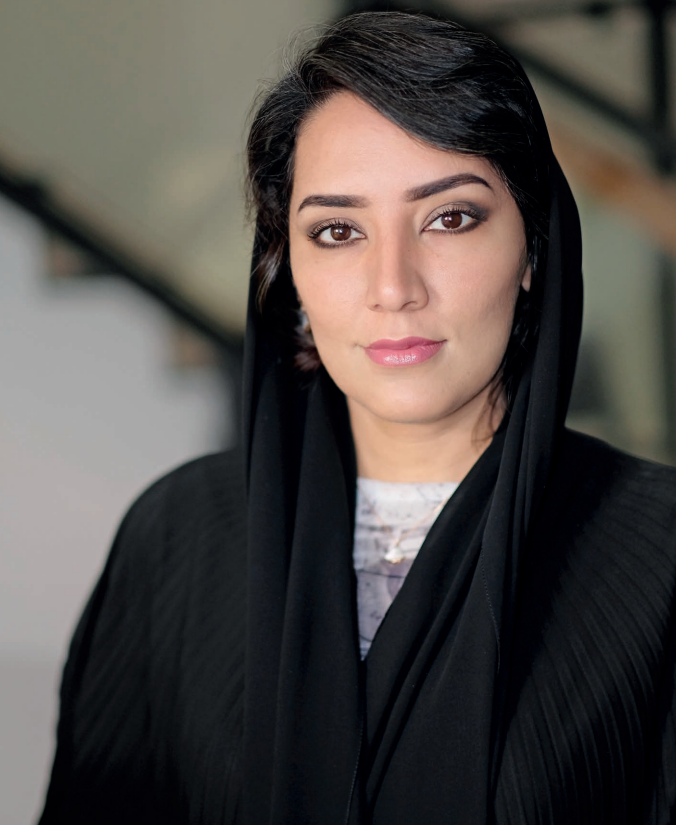 As one of the first Emiratis to have occupied senior positions in marketing, communications, aerospace, defense, as well as healthcare, Al-Shorouqi founded RFLCT Creative Arts Center with an aim to eradicate artistic illiteracy. "I believe in knowledge transfer and developing the capabilities of people around me, and I ensure that it happens within my team," Al-Shorouqi says. "I would like to help promote artistic literacy in society as a whole and for art to spread for better mental health and communication, as well as a better representation of the UAE locally and internationally."

Related: Increasing Innovation In The UAE Through Diversity 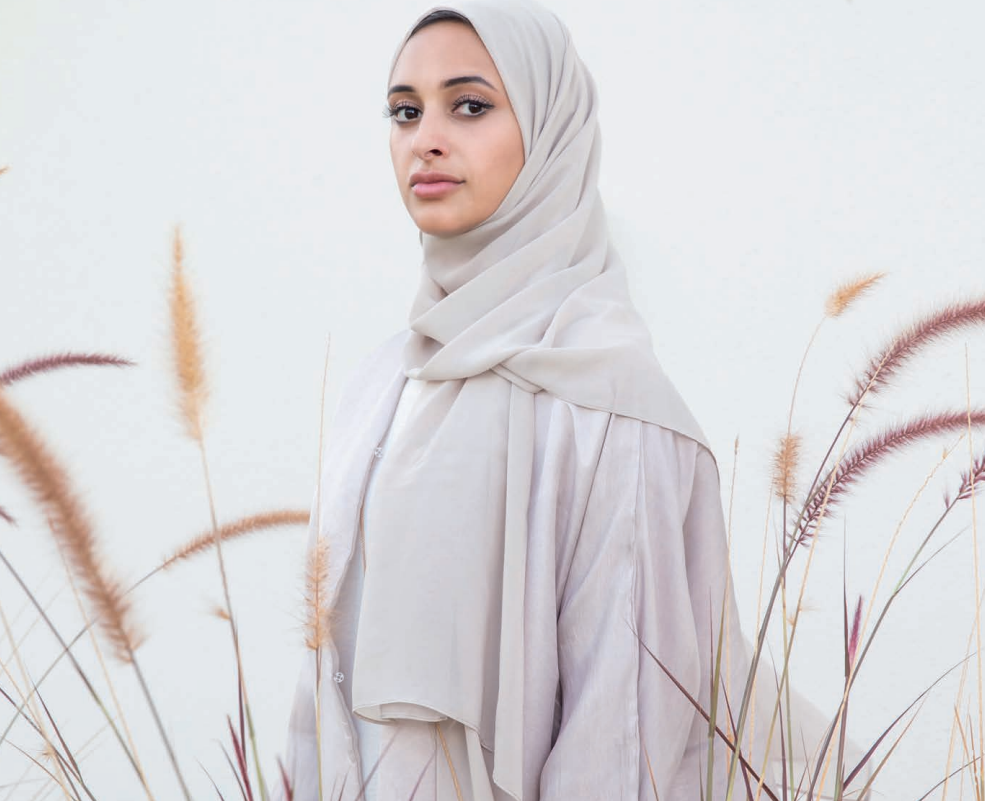 With a passion to create experiences that nurture the conscience and the soul, Al-Sowaidi formulated a concept for Ritual Café & Studio restaurants and cafés that do precisely the same. As such, she believes that it is passion that fuels inspiration and innovation. "What makes me stand up to challenges is having an idea that involves a creative process that requires attention, commitment and motivation," Al-Sowaidi says. "In order to be innovative, an individual must be fully engaged in the idea that they believe in and have the ability to work on it, fighting for it, even when feelings of doubt arise. They must be ready to nurture that idea in which they believe so deeply. Only then will they be able to watch it grow." 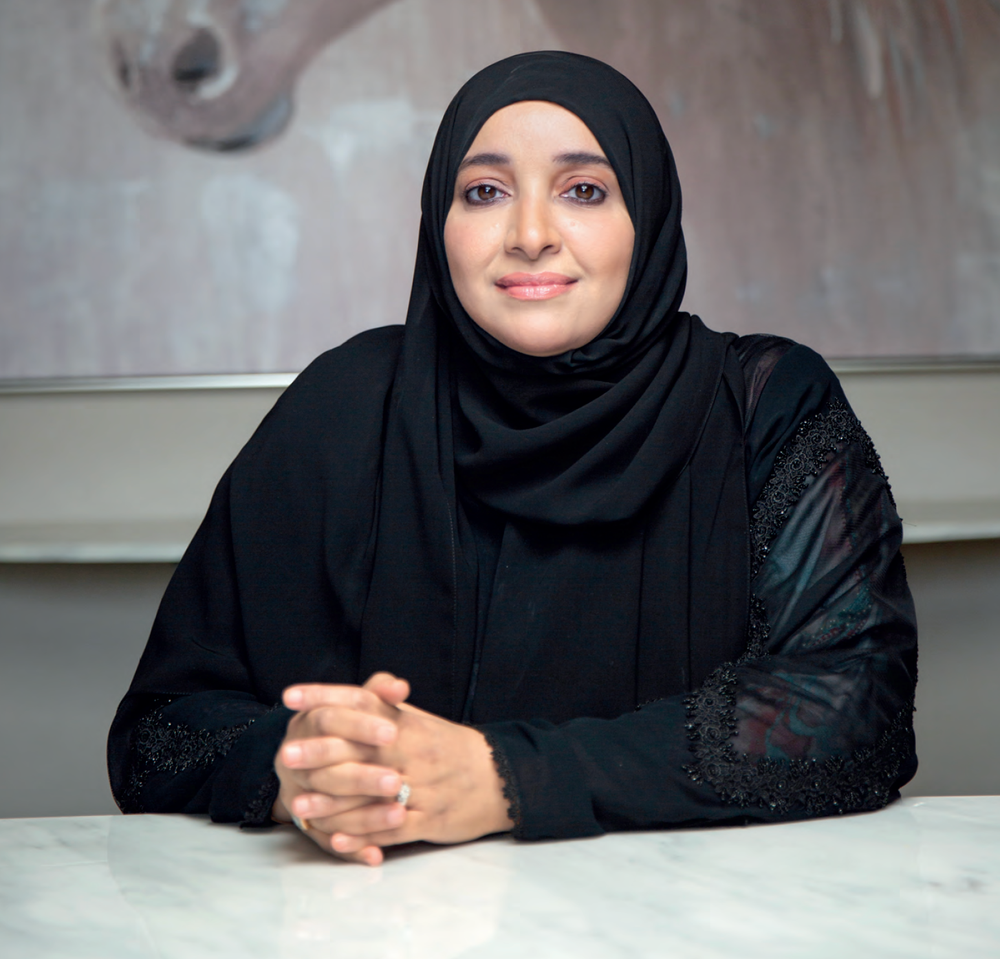 As the woman sitting at the helm of an entity that aims to raise awareness about people of determination in nurseries, educational facilities, and centers, Manal Alaryani is well aware of how much the UAE has done and continues to do for people of determination. Her Little Helpers Nursery was established with the support of the Khalifa Fund for Enterprise Development, and she promises to do much more for children of determination in the UAE. "The UAE is a land of opportunities to achieve the best version of your life, and even of yourself," Alaryani says. "I see myself as a pioneer who makes a difference in education and helps spread knowledge through nurseries, higher education, and centers for people with special needs."

7. Noora Belselah, Project Manager at GAL Aircraft Sustainment, founder of Trend Over Spend, and the first female photographer from the GCC to cover international Fashion Weeks 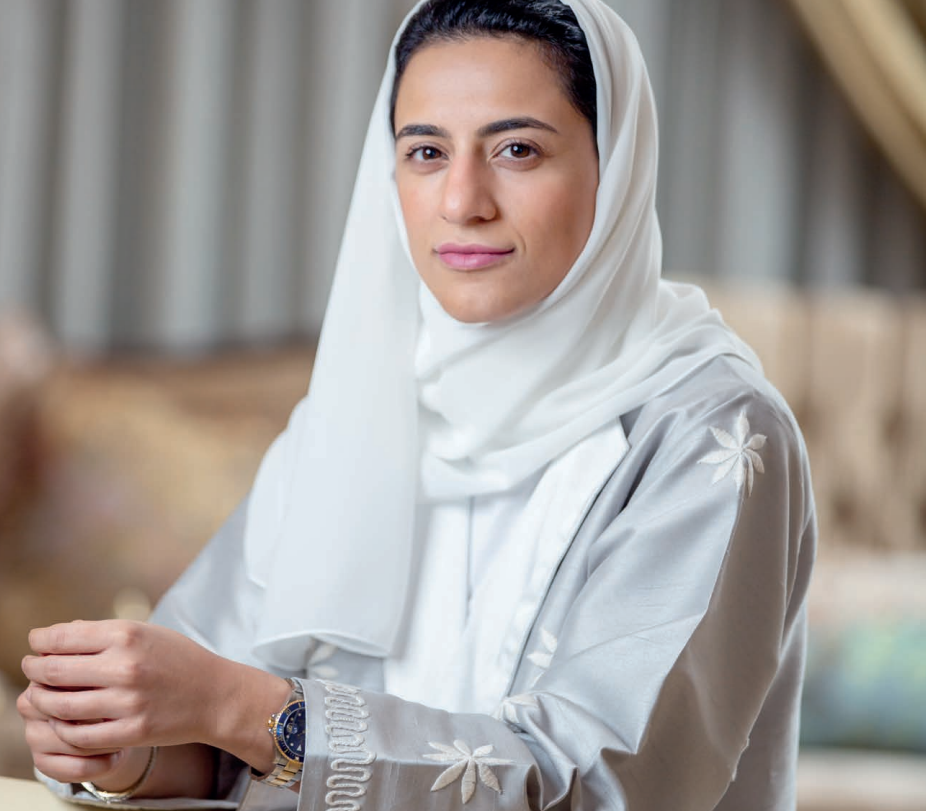 Capturing art and beauty through her camera lens has shaped Belselah's entrepreneurial journey to date, but also the fact that her country of origin -the UAE- is giving women so much support. "Appreciating my nation's efforts for women's work is an opportunity that excites me to compete internationally and capture everything worthy of attention," Belselah says. "We must take advantage of our opportunities. And as there is room for everyone to rise, we should not settle for less than we deserve. Over the next 50 years, the UAE will leave an outstanding mark on the aesthetic scene of the arts of fashion and sophistication in the world." 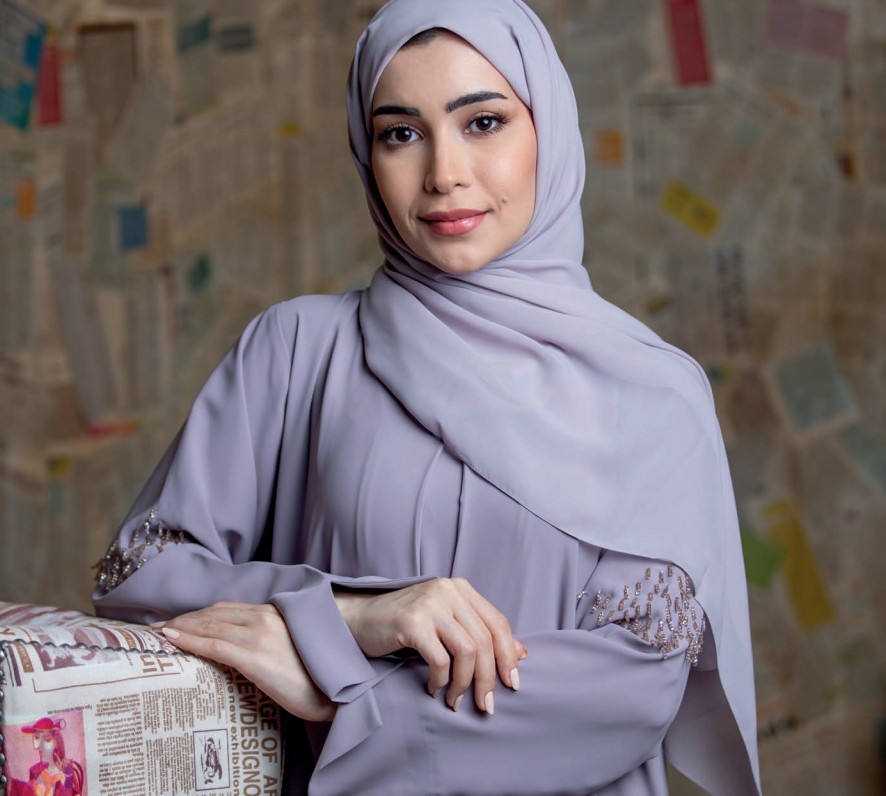 Touted as a pioneering biomedical engineer, Dr. Al-Naqbi created the first Arab reference for histocompatibility complex genes. "My achievements have always been appreciated by the initiatives led by H.H. Sheikha Fatima bint Mubarak, who has supported women's rights throughout her life," she says. "I am proud to have been granted the Arab Women Award and the L'Oréal-UNESCO for Women in Science Award. As part of my loyalty to my country, and out of a sense of responsibility to employ my knowledge for the benefit of society, I see myself as part of a team leading the development process in the country to achieve the vision of our leadership." 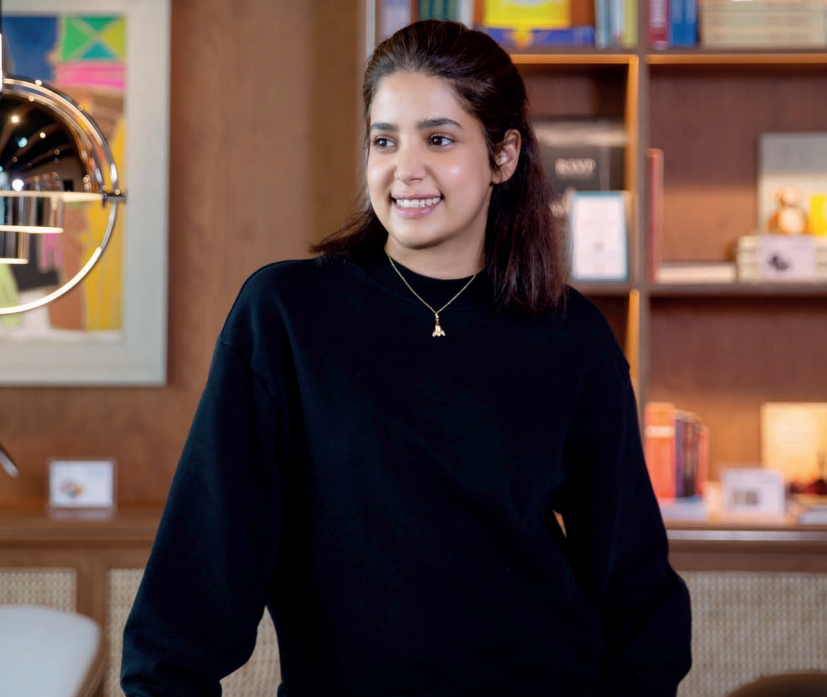 If there is one aspect of innovation that has driven Al-Junaibi forward, it is the impact of technology on people's lives. And as such, she believes the UAE's pursuits in achieving technological disruption sets the country up for more future successes. "I can 't imagine a future where we are anything but successful entrepreneurs," Al-Junaibi says. "As a woman, I am privileged to get three times the support that many women in other countries have, and I am grateful for that. In the next 50 years, I hope upcoming generations will look at what we built and be inspired to continue the journey and take it even further." 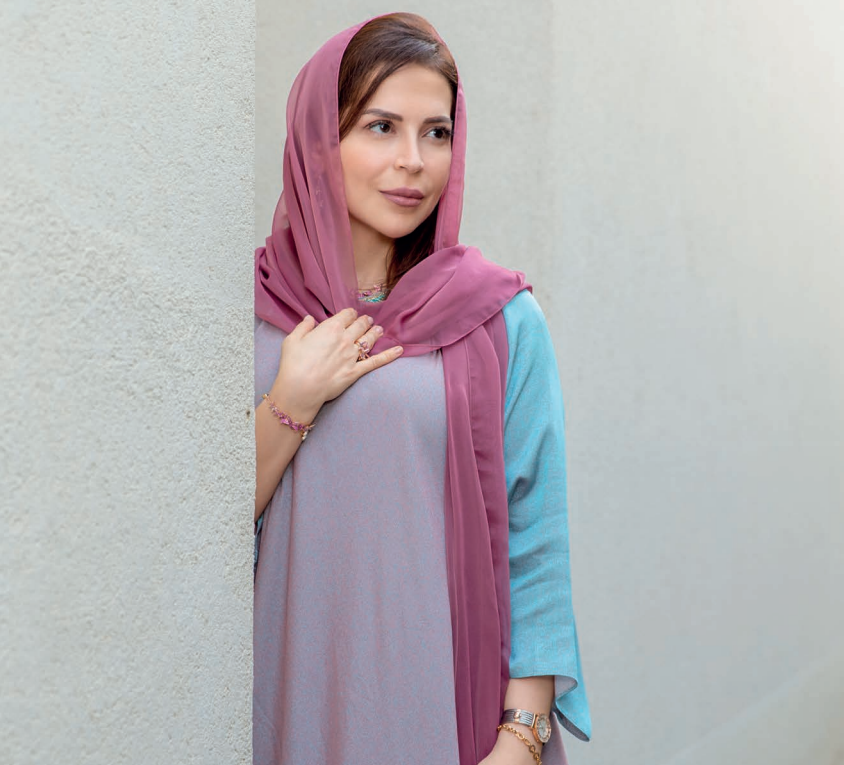 As the leader behind Plastozone Plastic Industries' offering of polypropylene hollow corrugated sheets, Abdel-Hadi is of the strong belief that success is a choice one makes. "At times, you will feel broken and ready to quit- but don't," she says. "Only those who risk going too far can possibly find out just how far one can go. If you aren't willing to sacrifice for what you want, what you want will become the sacrifice."

Related: Paving The Way For Organizational Success With Diversity And Inclusion

Google Analytics 4 Rolls Out Next Year. Here's What You Need to Know Now and How It Can Help Your Marketing Efforts in the Future.