How Franchises Can (and Should) Attract Millennial and Gen Z Franchisees

Young franchisees keep brands relevant with millennial and Gen Z customers, and with decades of career growth ahead of them, they can help bring long-term growth and continuity to franchise companies. So why don't we spend more time courting them?

I'm a franchise consultant, and I was speaking recently with an executive at a major fast-food franchise. We stumbled onto the subject of franchisee recruitment and both agreed: It's hard to recruit talented young franchisees because people under 40 generally don't have much management experience.

But at the same time, we agreed that younger franchisees have a lot to offer. They have long careers ahead of them, for one. That's time they can use to grow the franchise. Plus, they're in tune with the trendy, spendy customers that most franchise systems want to attract.

Since the executive and I were in lockstep, I asked him what his company was doing to make itself youth-friendly. I expected a savvy recruitment strategy, or an innovative feature catering to millennials and Gen Z. Instead, he came back with this: "Well, we've installed wi-fi in the lobbies of all our restaurants."

Wi-fi. In the lobbies. Wireless internet is a great perk for customers, but it's a weak bid for young, serious professionals looking to go into business for themselves. It underestimates the size of the generational divide separating baby boomers from the digital natives who will one day take their place.

This is a drum I beat repeatedly in consulting meetings with franchisors. Outside of franchising, most first-time entrepreneurs start businesses between the ages of 25 and 35, according to U.S. Census data. But franchise entrepreneurs don't typically get started until later, in their late 30s or early 40s. The likeliest age of current franchise ownership is 49, according to Franchise Ventures. So franchise systems are failing to capture the most innovative, creative, and energized years of a young entrepreneur's life. We love our second- and third-career cohorts, but if we're honest, that's all we really have.

It's not that every franchisee needs to be a 21-year-old Steve Jobs. Honestly, Jobs would have been a terrible franchisee. But a total failure to find and nurture young leaders could represent a serious vulnerability to the industry. With older franchise systems, the entire company could be within a decade of retirement. In the worst-case scenarios, an impending exodus of franchisees could all but tank a franchise. 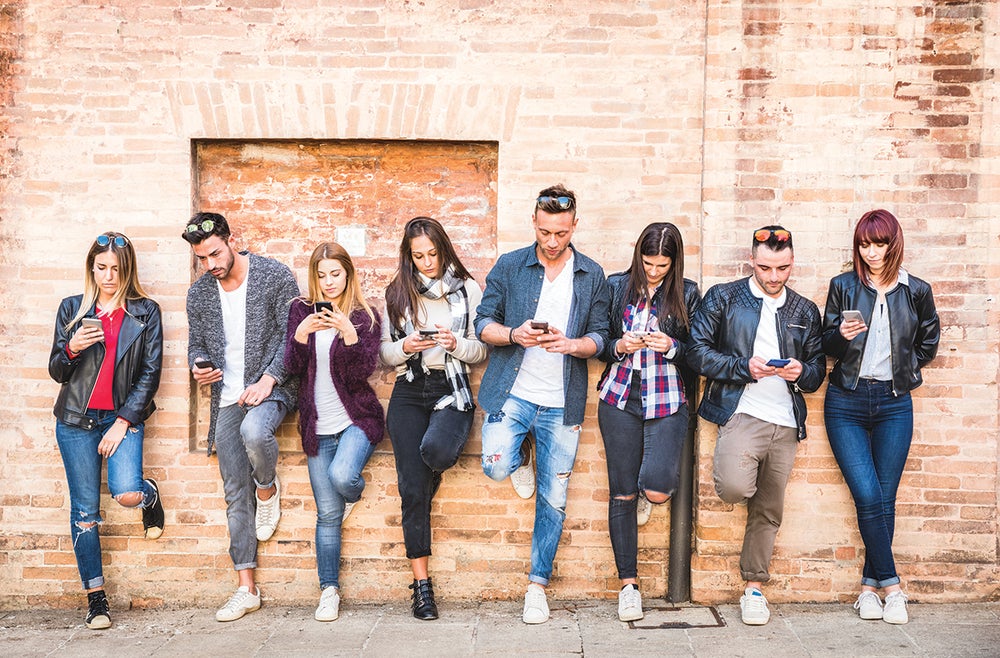 The bottom line is this: Companies that entice and sign young franchisees have an advantage over those that don't, and that advantage will grow bigger in the coming years. To do that, you need more than wi-fi in the lobby. I recommend improving your entire value proposition in four specific ways.

A sound business should make money, sure. But many franchisors fail to define a mission beyond profit. When evaluating career options, millennial and Gen Z professionals are more likely than their parents' generations to consider factors like social impact and corporate values.

Related: Millennials Want Transparency and Social Impact. What Are You Doing to Build a Millennial-Friendly Brand?

Here's a good example: Batteries Plus does a solid business selling specialty batteries, light bulbs, and smart home products. But the company's model is built so that a certain amount of revenue goes back into the community. Batteries Plus donates batteries to hospitals, schools, first responders, and churches. Last year, it donated more than 50,000 batteries to help fight the wildfires in the Pacific Northwest, and another 60,000 to children's charities for the holidays. The company is at 10 percent millennial ownership today — three times what it was three years ago — and with the help of a strong social mission, it's aiming to hit 15 or 20 percent in the coming years.

Having grown up with touch screens and voice assistants, young entrepreneurs are more likely to have strong intuitions about artificial intelligence and mobile services. While we older entrepreneurs were making business calls on pay phones, millennials were learning to code websites in high school.

Of course, there's a bit of a chicken-and-egg problem here. Younger entrepreneurs can help pull you into the tech-driven future, but they also expect a certain amount of technology to exist before they sign on. People who grew up with digital folders don't necessarily want to work in the world of real manila.

So attack both problems at once. You need more chickens and more eggs — better technology and more young franchisees who understand its potential. During COVID-19, tech-savvy leadership kept many businesses alive. When Xponential Fitness closed its studios, for example, it launched a digital workout service that was already under development. It went live virtually overnight, and by June, the company's franchisees had surpassed a million streams.

3. Introduce flexibility where you can.

Franchise rulebooks have grown thicker over the years, and entrepreneurs in their 20s and 30s often bristle at overly rigid structures. More so than their older peers, they see business as a vehicle for creativity and personal growth.

To accommodate individuality, I recommend that franchisors think carefully about where they can loosen up. Allow franchisees to test ideas or take calculated design risks. Let them use a slice of the marketing budget to try a new social media initiative. And thinking bigger, it's smart to write contracts so franchisees can exit after a set period of time. Younger buyers want to know they can move on if things don't work out, and a franchisee who leaves early is better than one who sticks around to rot away the company culture.

Last year, my wife launched a franchise called Friend of the Family, which helps elderly customers downsize and move. She's just ramping up on franchise recruitment, but to draw in younger entrepreneurs, she's allowing franchisees to take indefinite sabbaticals for travel or to develop side projects. That particular feature might not work for a brick-and-mortar, but for the increasing number of home-based franchises, it's a reasonable proposition.

I recently spoke with a panel of franchisees who'd taken legal action against their franchisor. The breaking point was the moment they felt leadership stopped listening to them. Fortunately, franchise litigation is relatively rare. But the communication breakdown that drives it is all too common. I once had a franchisee tell me, as he sniffed back tears, "My franchisor thinks he's better than us, and he makes us feel stupid."

People own businesses not just to make money but for pride of ownership, influence in their community, and the opportunity to be leaders. That's true for everybody, but it's especially true for younger owners. To that end, a youth-friendly franchise system makes it clear that every franchisee has a voice. With my clients, I like to see a robust owner's advisory committee, mentor programs, and conventions that offer speaking opportunities for franchisees with big ideas.

If you want to recruit young franchisees, invest in their growth and reward initiative. Build a culture where success goes to the most talented and driven, regardless of age.