The Pros and Cons of Working for Equity

By Susan Johnston
September 25, 2013
Opinions expressed by Entrepreneur contributors are their own.

It's practically the stuff of startup lore at this point. Entrepreneurs have long attempted to bootstrap a startup by offering equity to developers and other key players instead of a steady paycheck. The startup gets the expertise it needs even before it has investors or revenue, and employees get the chance to cash in, should that startup become the next Amazon or Instagram.

That's the ideal scenario, but the reality is seldom that simple.

About five years ago, Brian Geisel spent three to six months working on a project for another company in exchange for equity. "If it's something you would have done for free, then stock can be a great motivator and could certainly pay off long term," says the developer who is also CEO of Geisel Software, a Shrewsbury, Mass.-based web and mobile-development company.

Today, Geisel still holds that equity because the company has neither become publicly traded nor been acquired. Would he do it again? "Probably not," he says. "It would have to be a really compelling case."

Still, as a founder himself, Geisel can see the appeal of offering equity. "Getting development done without draining your cash reserves -- if you even have any at that point -- is definitely a great way to get started," he says. 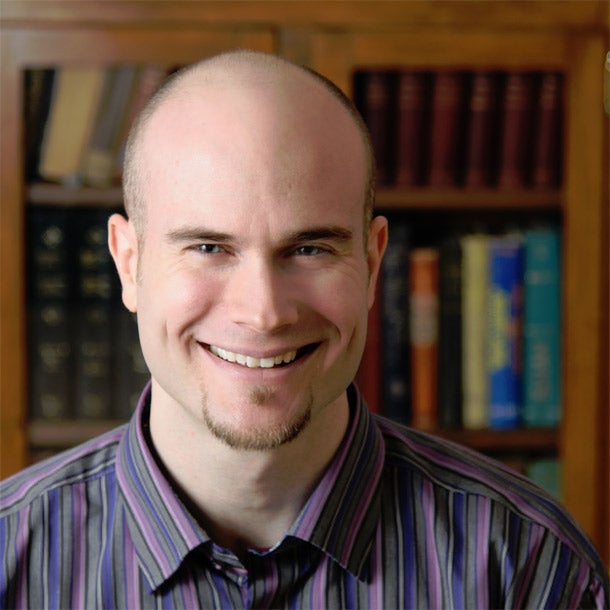 Brian Geisel says working for equity isn't always a good idea. Though, as a founder himself, he notes the benefit of being able to offer equity in exchange for helping a company off its feet. Photo Credit: Kendralla Photography

Just be careful what you wish for. A founder may be more than willing to go into debt and eat, sleep and breathe their startup. But those earning equity may have other commitments and need other sources of income, too.

"It creates a strain when you have someone who has a family or has to do some consulting gigs on the side," says Andre Gharakhanian, who advises tech startups as founder of Silicon Legal Strategy, a law firm with offices in San Francisco and Santa Monica. "That's where [it's important to know] about your developer's background and what their real needs are so you're bringing on someone at the right stage of life."

Founders also must avoid giving away too much equity too early, which could cause problems with potential investors or create dissension later among equity holders. "Talk to your lawyers and advisors to figure out what's standard," Gharakhanian says. "Don't grant weird percentages, and all of a sudden [find] you've given away 60 percent of the company." Using a vesting schedule where people earn shares over time (typically about four years) can help guard against this problem.

Here are some of the major pros and cons to consider before taking equity in lieu of pay:

Opportunity to cash in
The main reason people agree to work for equity is to try to become part of "the next big thing" before it strikes gold. Hernan Charry should know. As the marketing director for the Scottsdale, Ariz.-based software developer Split One Technologies, Charry has worked with several companies in exchange for equity.

"We have seen a number of clients become successful after having built their site for a few thousand dollars," says Charry. "With an equity share, we also can see a portion of [a client's] profit." More often, though, a project doesn't make it big, so, Charry says, it's important to carefully assess each opportunity. "Evaluate the marketing team, evaluate the business plan, and be careful of getting into business with friends," he cautions.

Related: The $37 Investor: When Publicity Is Worth More Than Cash

Potential for a full-time job
Geisel wound up working fulltime for the company where he'd started earning equity. That's not uncommon, according to Gharakhanian. "A lot of people will try to build into their agreement that if the company does raise money, they would have an opportunity to earn an actual salary." He also has seen people who initially worked for equity in a startup later return to it and earn a paycheck as an employee.

Lack of money to pay the bills
Even if your equity pays off in the future -- and there's a reasonable chance it won't -- you clearly can't pay bills with it now. Bootstrapping "treps sometimes cut costs by living together or in their parents' basement, but they may still have expenses like student loans to cover. While working in exchange for equity at a startup, Geisel stayed afloat financially by spending half his time on consulting clients that paid him cash. For those with a mortgage or a family to support, working for equity may be an even bigger challenge.

Increasing work demands
When you're willing to work for equity, time is a precious commodity. "Entrepreneurs often think they have a partner who will work for free and constantly add to the scope of the work prior to even attempting to go to market or reach profitability," says Charry.

Related: Why Joining an Accelerator Isn't for Every Startup

Shrinking value of your equity
Future investors may reduce the value of your stake in the startup. Setting a valuation before the company sees any revenue is a vague proposition at best. For purposes of paying in equity, the founders might set a $10 million valuation and create a million shares, each valued at $10.

But when an investor gets involved, he might disagree with that valuation and want to pay $2 million for a 25 percent stake. The founders just might agree to avoid losing his investment. "Because investors have much better leverage than a single developer, they're likely to push the valuation down which, of course, reduces the value of your shares," Geisel says.