Pamela Jones founded Charboy's to share the tastes she encountered while traveling the world.

Pamela Jones says that her goal for her line of bottled sauces, under the brand name CharBoy's, is to share a taste of the countries she has visited during her military days with people who may never have the opportunity to travel.

"When I was in the military I cooked part time in different restaurants in different countries," says Jones, who grew up in Flint, Mich. "That was really helpful for me to learn about herbs and some of the different spices in different lands."

After 18 years serving in both the Army and the Navy, with stints in countries such as Germany and Italy, Jones returned to the States and settled in Chicago. She eventually became a partner in restaurants, working in the kitchens. All the while, she was on a years-long campaign to get her father to divulge the family's 70-year-old barbecue sauce recipe. He finally relented, and she started serving the family sauce, along with others inspired by it, adding flavors from her worldly travels, at the restaurants. The condiments -- formulated to be lower in sodium, sugar, carbs and calories -- proved to be a hit. 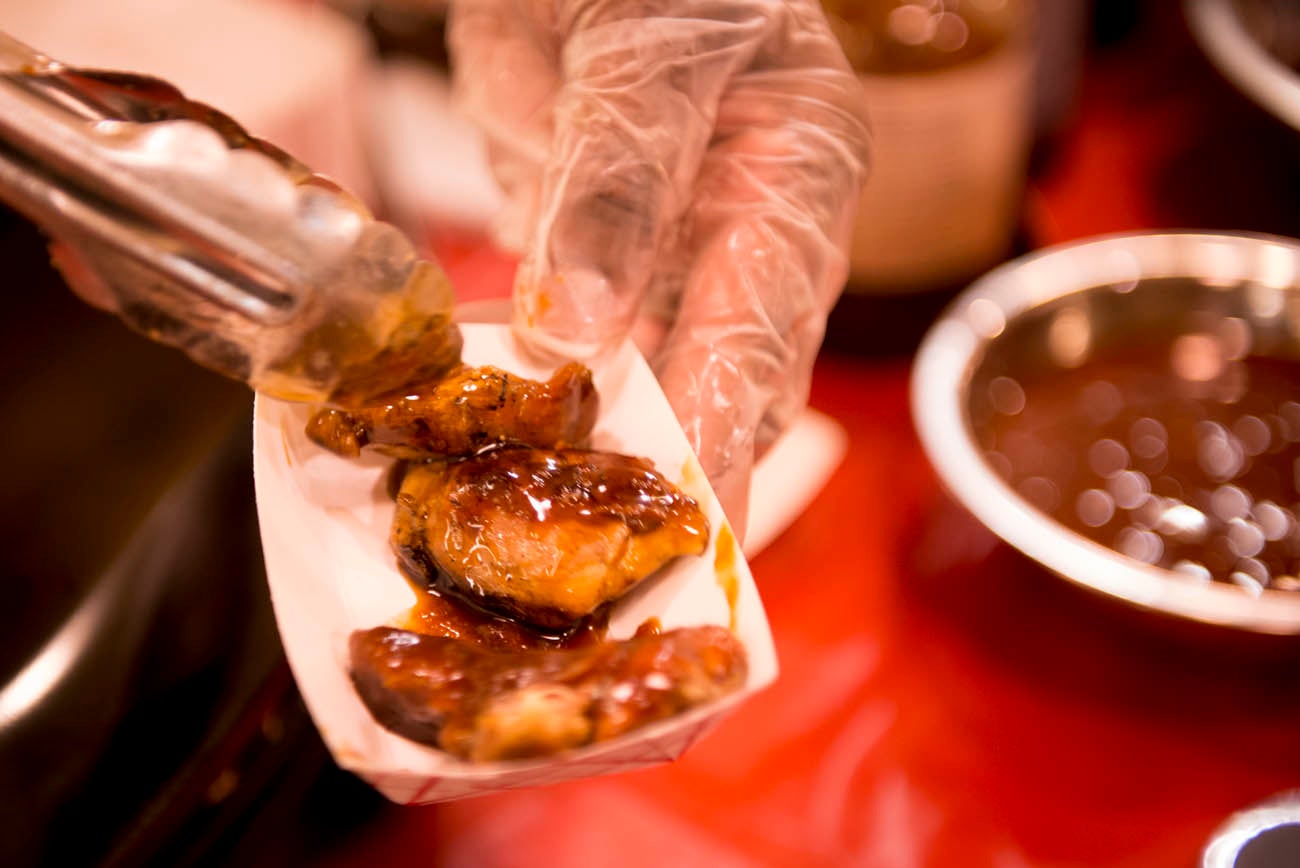 "People were coming back asking for additional sauces," she says. "It was that kind of feedback from the consumers that helped me get going."

Jones says that she always had a vision to put the sauces in bottles, but their popularity at the restaurants really cemented her drive. Of course, serving sauce to a customer in a restaurant and selling sauce in a shelf-ready bottle are very different challenges. It's one that'd take up a lot of Jones's free time -- she continued working in restaurants until 2015 while building Charboy's -- and her bank account, as she was turned down for loans.

"I didn't have a lot of capital, so I used my credit card to get started and whatever additional money I had in my savings, which wasn't much," she says. "I started off with $10,000 and that can be [spent] really quickly when you start talking getting product sampled for shelf life."

From 2008 to 2010, she built the company's infrastructure, and from 2010 to 2012 she prepared to get the sauces ready for shelves. Jones went door to door and recruited 25 local stores to sell her sauces.

Eventually, she was able to secure a $12,000 loan. Now, Charboy's line of sauces, which include BBQ, Bourbon, Hot & Sweet Asian and Hot & Spicy Ketchup, are available in 450 retails stores in the midwest, including Kroger, Jewel and Whole Foods, and on Amazon.com. Next, she hopes to get Charboy's featured in grocery store food bars, restaurants and hotels and get over the $1 million mark in annual sales.

Related: This Founder Explains Why Success Isn't the Biggest Valuation or Fastest Growth; It's the People You Help

Entrepreneur spoke with Jones for her insights on seeing the world and building the business.

This interview has edited for length and clarity.

How has your military background helped you in business?

The leadership skills I learned helped me to be confident and to grow the business. Another thing is by being worldly, you learn to be diverse with people and respect their culture. When you've been living in different countries, you have a different perspective on the world. I think that helped me network with a lot of people in a way that some people may not be able to.

You got to be flexible. When you get told "no," you can't get snappy. You keep going back, and you find a way. Sometimes you have to be a little patient and understand how to work with people. Relationship building in this business is key.

Talk about the point when you decided to go from serving just in restaurants to packaging the sauce. How did you approach it and what were the steps that you took?

Once I realized I was going to get the product to shelf, it was a process. I had to do a lot of research and development for a couple of years. The first thing I did was get incorporated as a business. I thought it would be a great idea to get certified as a minority business owner or certified as a women business owner. Banks are reluctant to give you money when you first start out, so you just have to have something in place and believe in that vision.

Related: 15 Crazy Facts About Walmart's History and Where It's Headed Next

You've got to make sure that the consistency in that product is the same. That took months, maybe a couple of years, before I was really ready to get it bottled. Another thing is you're taking a risk, because you don't know how many stores will take the product when you start. So, you have to do small batch runs, and then I had to go door to door to stores to see how many I could start off with.

After the 25 local stores I had enough leverage to approach a smaller chain. I went to a buyer of a smaller chain store, and they gave me 50 stores. After that, I approached a major grocery store chain, Jewel Stores, and the buyer started my company with 25 stores and after about a year of significant sales, the company expanded. That's when I landed my first big distribution of 250 locations. 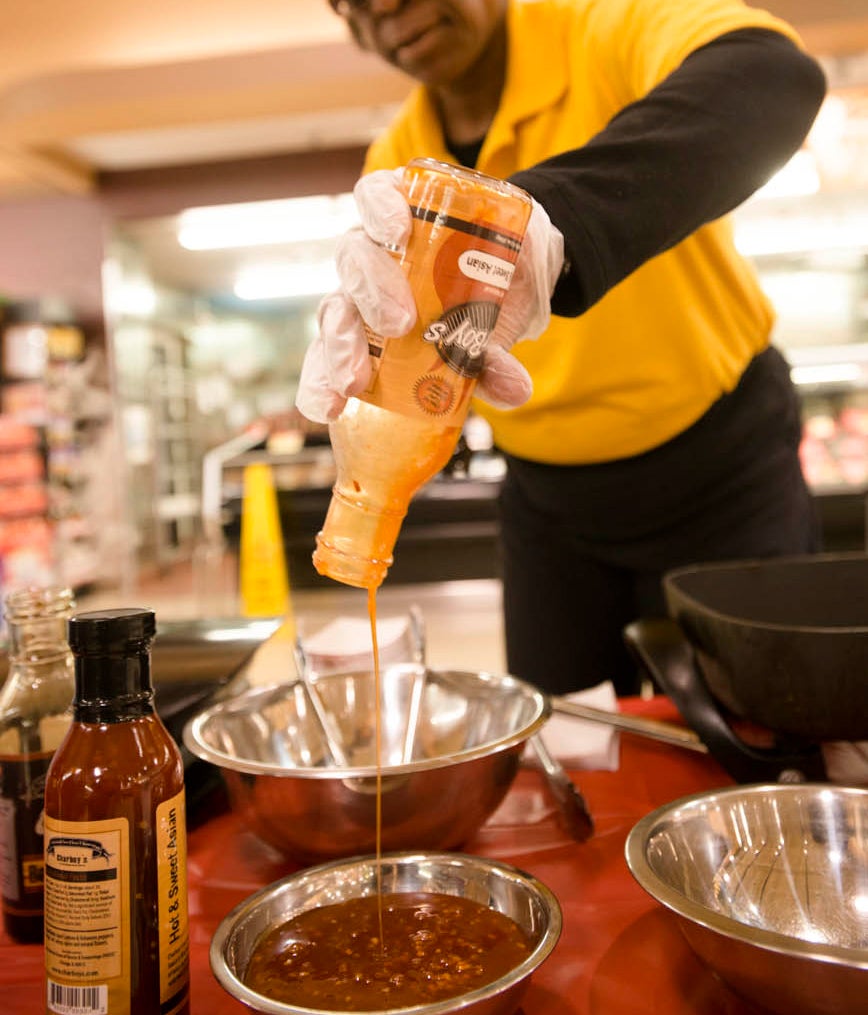 That worked out so well that I ended up eventually with over 450 locations in Illinois, Iowa, Indiana and Wisconsin. Most recently Whole Foods picked it up for some of their locations, and there's also Amazon.com.

What can entrepreneurs learn from your experience?

It's a matter of credibility, getting out there, building those relationships with the store buyers and showing sales. It's not an easy process, but it's worth it.

The biggest way entrepreneurs can gain distribution is through being one of the demonstrators, so they can talk to consumers about the product and build those relationships on the floor.

What is the big challenge in your industry and how were you able to overcome it?

Condiments are very competitive. The challenge is being able to handle the sales and maintain your shelf space once you get it. Big brand companies like Heinz and Kraft can get lower pricing, they have so much product going out there and they could pay for more shelf space. That means they can bring more profit to the grocery store. You've got to find ways to get yourself out of that sea of shelves. One way is building those relationships with store managers and having them agree to put you on the end caps of the aisles. Cut a deal and give a sale and come there and do demos and recipe cards. Doing innovative things like that is really helpful.