Books as a Human Right: Meet the Startup Building a Cloud-Based Library for Students in the Developing World

By Laura Entis
June 16, 2015
Opinions expressed by Entrepreneur contributors are their own.

A picture is supposedly worth a thousand words, but in reality, most aren't. Every now and then, however, you stumble across one worth so much more than that.

The photograph Isabel Sheinman took on a recent trip to Ethiopia is one of those images. It was 2014, and she was visiting a school in a small village in the northern region of Gondar when she came across a young man standing guard over what was clearly a precious, valuable resource. It wasn't food or drugs, it wasn't money or supplies. He was protecting a pile of books. With a machine gun. 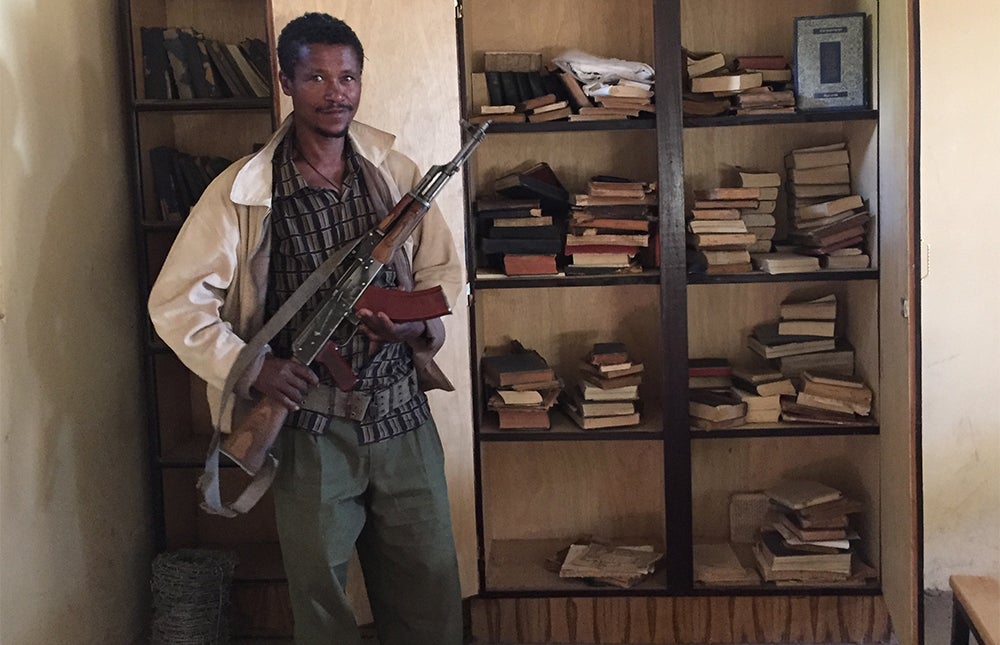 "It was one of the most striking things I had ever seen and it couldn't be more telling of the current situation," she says. "The school had so few books -- so few that they put a guard in front of the bookshelf so that community members didn't come in and take them."

Sheinman is the director of business development at Library for All, a nonprofit that has built a cloud based library of more than 1,700 books accessed by approximately 1,500 students in Haiti, and an additional 250 students in the Democratic Republic of the Congo. Library for All's software is specifically designed to work in low bandwidth environments, so students with spotty access to 3G networks can download books on their devices (low-cost phones, primarily) and read them offline.

To this day, that photograph serves as a physical reminder of her company's mission: to transform books from a rarity guarded with guns to a resource readily available to all students, everywhere.

"Our big vision is to build a world where everyone has equal access to knowledge. Where the ability to read is a basic human right," she says. "I really see being literate and having access to information as the single most important tool in allowing people to lift themselves out of poverty." The photo underscored what she knew already, but what many of her friends and family back home didn't, at least not concretely. "I was seeing, right before my eyes, the barriers people face, how unbelievably much we all take access to books for granted."

It was a realization Rebecca McDonald, Library For All's CEO and founder, was repeatedly confronted with during her three years in Haiti. She had moved there with her husband in 2010, shortly after the country's devastating earthquake to help with the relief efforts. While there, she visited schools where hundreds of students shared fewer than 30 books. When she moved back to the U.S. in 2012, she decided she had to do something to improve that abysmal ratio.

While Library for All was conceived in Haiti, it was born on Kickstarter, surpassing its campaign goal of $100,000 by $10,000 in the summer of 2013. Since then, the nonprofit has raised an additional $400,000, including a recent $265,000 grant from the John S. and James L. Knight Foundation. Alongside overseeing fundraising efforts, Sheinman is tasked with constructing creative and sustainable revenue models so that eventually, Library for All can transition from a charity to a self-sufficient nonprofit. "We consider ourselves a tech company," Sheinman says. "We don't want to be a traditional nonprofit. We don't want to have to rely on individual support."

In that vein, Library for All charges schools minimal fees: $3 per student, capped at $600 a school. "Obviously the point of this is not to make a huge profit, but that small fee will help us be self-sustaining in every country within five years," she says, adding that the organization may soon launch a direct-to-consumer model.

Related: TOMS Founder: 'Focus on Your Passion. Nothing Else Matters.'

Sheinman is also considering ways to forge strategic marketing partnerships, in which corporations sponsor library access for classrooms or more likely, entire schools. In partnership with the Knight Foundation, Library for All is working to develop a system that will govern how data on students' book use is interpreted and shared with local publishers.

As these new, untested revenue streams are and potentially implemented, Library for All will continue to fundraise in order to add more books to its library and provide access to more students (it will launch in Rwanda later this year). "We now have a footprint, we're starting to build traction," says Sheinman. "Now we can shift gears a bit, and apply for larger grants. But we don't want to rely on that funding. We want to be building up our revenue in countries so that eventually the library will be self-sustaining."

Another photograph serves as a bookend to the image Sheinman captured in Ethiopia, this one taken by McDonald when she was living in Haiti. While there, she befriended Krystle, a fiercely intelligent 12-year-old who was struggling with her biology homework. When asked to identify the location of organs and other body parts, she couldn't do it. McDonald was mystified. Krystle was so bright, and yet she was struggling with rote memorization. But the confusion immediately lifted when Krystle opened the textbook she had been assigned; shipped from somewhere far away, the pages were tattered, the lettering so faded and blurred that it was illegible. McDonald took a picture, her own crystalizing image.

Physical books tend to disintegrate, to succumb to wear and tear to the point where they forfeit their usefulness. But a cloud-based library? Sheinman is hoping that instead of evaporating, it's a resource that will only continue to grow in value as more books are added and as more students gain access. 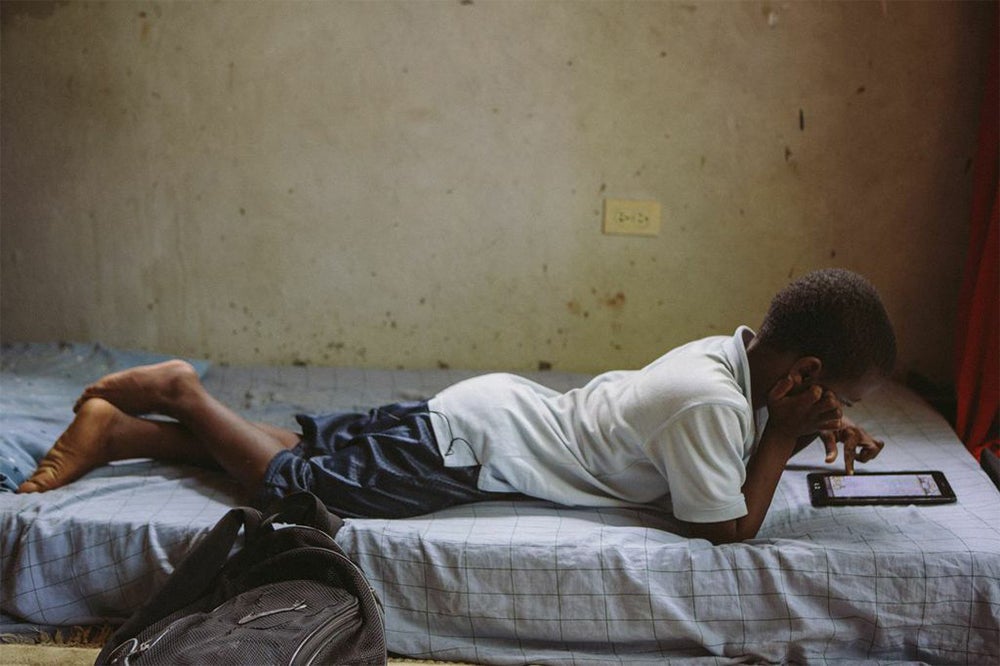