A new report from HSBC analyzes the culture and motivation of generations of entrepreneurs around the world.

Millennial entrepreneurs earn more money than their older peers, and are also more motivated by an effort to find their purpose and give back to society, according to a new report.

"The new generation of millennial entrepreneurs are revolutionizing the nature of entrepreneurship," says Nick Levitt, head of Global Solutions Group at HSBC Private Bank, in a statement announcing the release of a report outlining these findings. "These entrepreneurs are building bigger businesses and creating more jobs."

Millennial entrepreneurs were considered those under the age of 35 for the HSBC research, called the Essence of Enterprise report.

Related: 'Success Is Not a Number,' So Don't Chase Goals That Leave You Unsatisfied

For the research, HSBC surveyed 2,834 entrepreneurs throughout the world. Entrepreneurs were tracked both by age and location. All of the entrepreneurs had a net worth between $250,000 and $20 million. To be included in the report, individuals had to be a major shareholder, manager, executive or strategic investor in a privately held business. 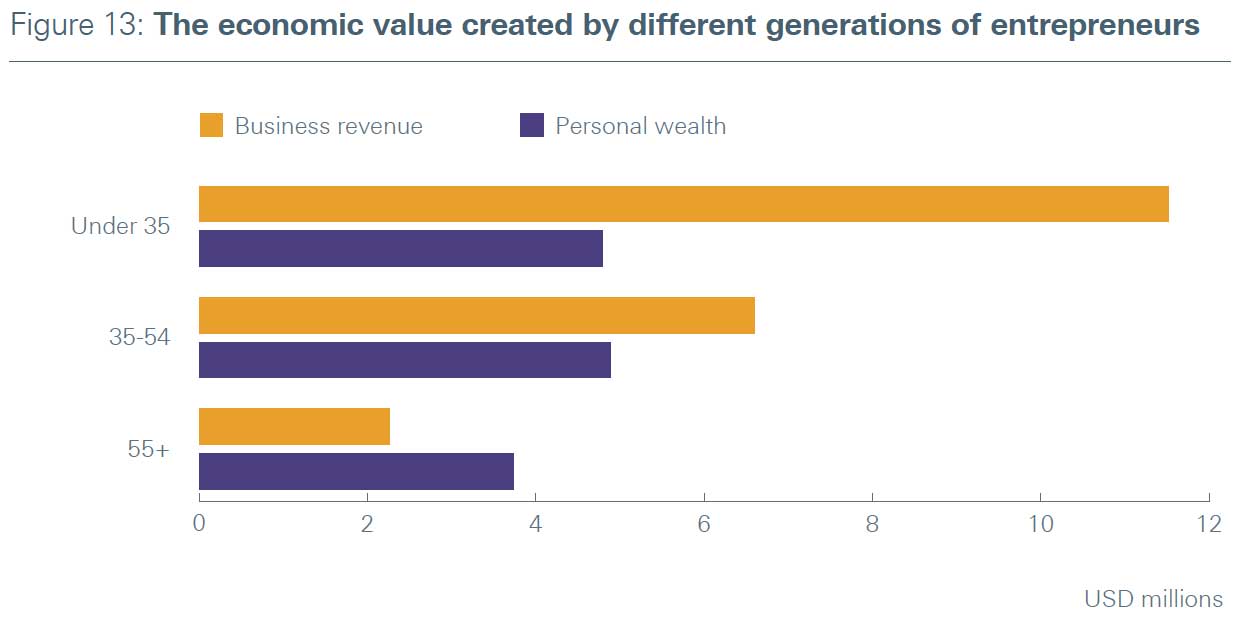 Millennial entrepreneurs are running larger businesses with more employees than their larger counterparts, but making money isn't their only concern. "They are as motivated to create an impact on the world as they are to make money and they are having a positive impact on their communities," Levitt says.

Related: To Pull Through Dark Days, Understand What Drives You

For a deeper look at the characteristics and motivations of the global, millennial entrepreneur, have a look at the infographic summarizing findings from the report, embedded below. 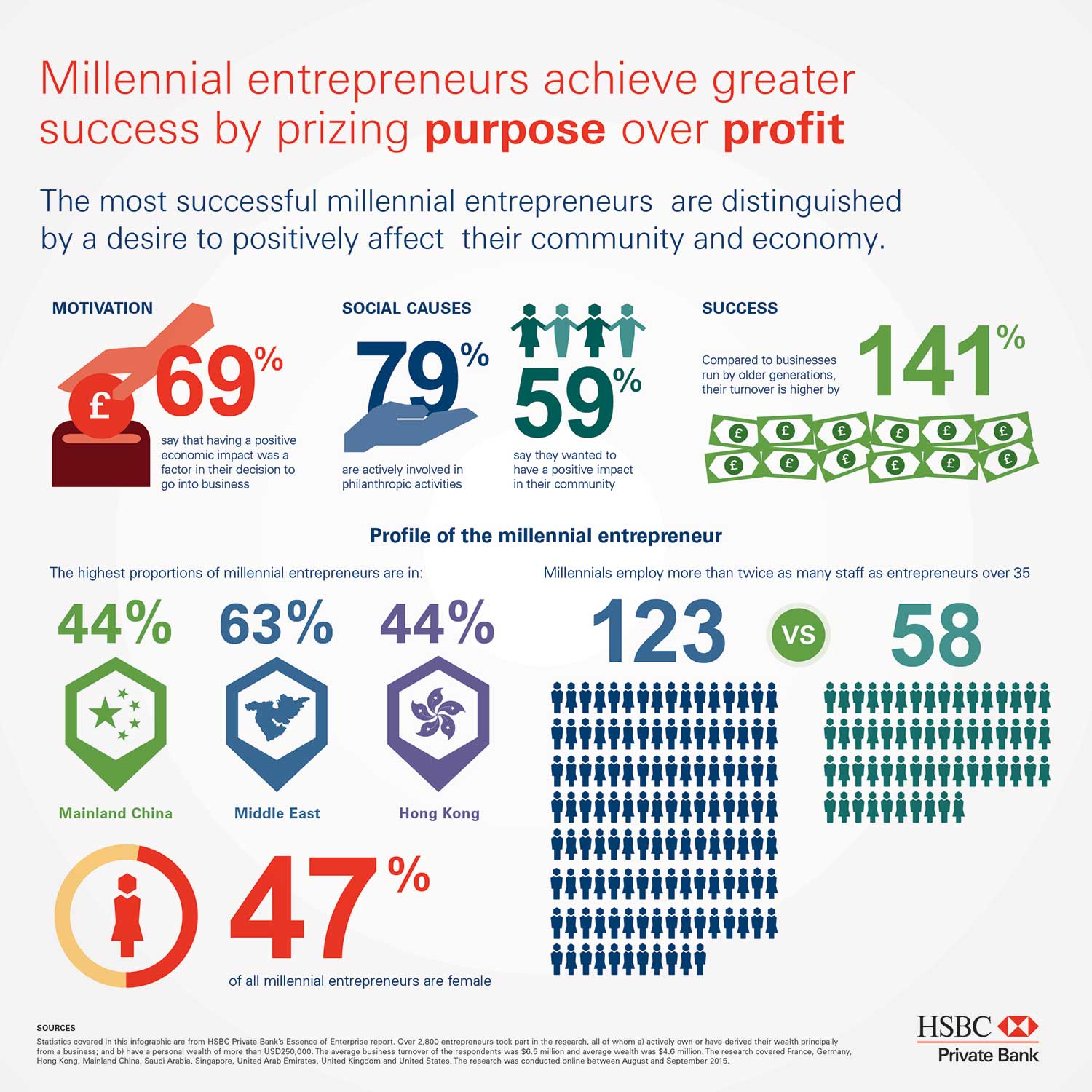