Vanessa and Kim Pham are sisters, co-founders and the incredible driving force behind Omsom.

By Mita Mallick
June 17, 2021
Opinions expressed by Entrepreneur contributors are their own.

Growing up in our home, my mother made incredible Indian dishes from scratch hailing from her hometown of Kolkata. She made tasty Bengali favorites like ghuni (curried chickpeas), shingara (samosas) and dimer dalna (egg curry). To this day, my mom can whip up just about any dish without measuring any ingredients, just tossing spices into a pot or substituting on the fly when an item's not in the fridge.

I've been inspired by my mother's cooking for many years, but I've always been intimidated by her ability to effortlessly conquer the kitchen. So during the pandemic, I've traded Uber Eats and Seamless for rediscovering my pots and pans, knives and cutting board. Being able to cook for my family is one of the unexpected joys of this pandemic. And I can use all the help I can get. Enter Omsom. 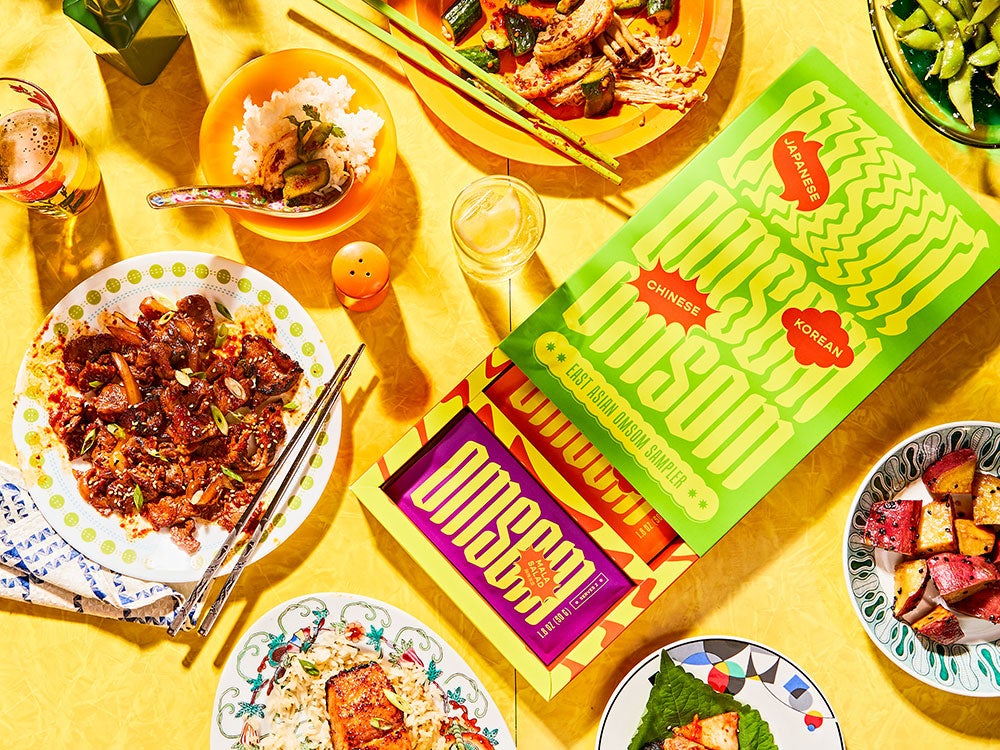 Vanessa and Kim Pham are sisters, co-founders and the incredible driving force behind Omsom, the Asian pantry staple brand that combines all the sauces, aromatics and seasonings you need to make dishes like Thai Larb, Korean Spicy Bulgogi and more in one packet.

The sisters launched the company during the pandemic, completely bootstrapping their dream while living in New York and taking on side hustles to make their rent. "The biggest challenge of fundraising was what was actually happening behind the scenes," recalls Vanessa Pham. "We were pinching pennies and planning our meals. Then we would walk into a VC's office to sell this dream and act like we came from abundance and didn't need their money."

Kim and Vanessa didn't once waver from their singular vision despite numerous rejections from those who didn't understand their dream. Today Omsom offers "proud, loud" Asian flavors nestled in between the bottle of olive oil and jar of tomato sauce in pantries across the country. If you're a skilled chef or a first-time cook, Omsom makes it easy to conquer your fears of the kitchen any day of the week.

Here are the three things I love that Vanessa and Kim Pham are doing with Omsom:

1. Reclaiming and celebrating their Vietnamese heritage

"I grew up in a town that was 98% white. Most of my childhood I knew I was different but didn't understand identity and race," shares Vanessa Pham. As a Vietnamese American, and as the daughter of Vietnamese refugees, Pham describes herself as having to hustle since the beginning of her childhood. "I was hustling to be accepted, hustling to excel in school to please my immigrant parents and hustling to just fit in."

Vanessa says she spent much of her childhood trying to downplay her identity and assimilate. Going to college and living in New York City was transformational; Vanessa began to embrace herself and be proud of her identity. Vanessa credits her sister Kim for being an inspiration and pushing her to take the risk to start their own business together.

From the start, the Pham sisters set out to reclaim and celebrate their heritage with Omsom. The name is rooted in the Vietnamese phrase "om sòm," which translates to noisy, rambunctious, riotous. "Omsom actually has a negative connotation," Vanessa explains. "My parents would use it when we were causing a ruckus. So we want to reclaim the word and turn it on its head."

Because of all the stereotypes around Asian Americans being submissive or docile, the Pham sisters wanted to build a company that loudly and proudly celebrated their culture.

Starting a company in May 2020, at the start of the pandemic, didn't make a lot of sense to outsiders. "We had advisors telling us to get into "turtle mode'— to go down to a skeletal staff, to go dormant and to wait to launch," Vanessa says. There's no doubt it was a challenging period: People were still spraying every package with disinfectant, and at the same time, there were rising hate crimes against the Asian community. Chinatown was empty.

In hindsight, the Phams' timing was perfect. "Ultimately, we believed that people needed a sense of home more than ever, to bring joy into their homes and surprise and delight people — that's what Omsom is about," Vanessa says.

Omsom's best-seller set includes starters for making dishes like like Vietnamese Lemongrass BBQ and Japanese Yuzu Misoyaki in under 30 minutes. All you have to do is add protein and veggies and serve for an incredibly delicious meal.

It's not only a way to up your chef game, but it's also a way to introduce your family to new flavors and recipes.

Omsom is doing more than just creating delicious foods — it's shattering stereotypes about Asian foods. It's partnering with Vilailuck "Pepper" Teigen (bestselling cookbook author and mom to Chrissy Teigen) to celebrate Ajinomoto's "Know MSG" campaign, which has the goal of changing the false public perception about monosodium glutamate. MSG is a plant-derived ingredient that naturally occurs in many foods, including parmesan, tomatoes and kombu.

"Anti-Asian xenophobia in the 1960s created a nationwide panic about a (since-debunked) link between MSG and headaches," Vanessa explains. This fear unfortunately had an immediate impact on Chinese restaurants and their owners. They were forced to display "No MSG" signs to avoid losing customers.

"In partnering with Pepper, we want to educate folks on the xenophobic origins of anti-MSG myths," explains Vanessa. She shared that many Asians have internalized that racism themselves: Their mother struggled with cooking with MSG and removed the label from its jar.

Omsom is also on a mission to ensure that we reconsider the use of the word "authentic," a burdensome label often reserved for BIPOC communities, chefs and cuisines. "It's very restrictive for creators and chefs who hear "that place isn't authentic, it's too expensive, they charge $20 a bowl of pho,' and they are set up to fail," Vanessa says. The sisters continue to use their platform to honor and celebrate restaurant owners, chefs and the moms and dads in home kitchens who inspired the creation of Omsom.