How to Sell Shares Without Going Public

By Peter S. Cohan
January 30, 2012
Opinions expressed by Entrepreneur contributors are their own. 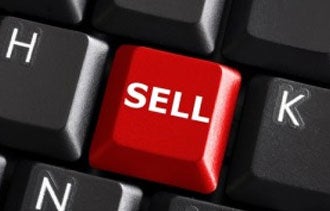 If selling shares to the public is your company's ultimate funding strategy, you might consider less costly methods first.

Selling shares of a company in an initial public offering includes a number of headaches. Among other things, paying bankers, lawyers and accountants to prepare documents for investors comes to mind -- not to mention the fees associated with managing the sale of those shares to the public. And then there are the ongoing costs of complying with public financial reporting requirements.

If one day, your startup nears that rarified territory where an IPO is possible, it is also likely to be of interest to institutional buyers such as Wall Street firms, pension funds, and endowments on a secondary exchange. And the costs of listing there are far lower than the ones associated with selling your shares to the public.

Let me explain. Secondary markets like SharesPost and SecondMarket are private marketplaces where previously issued shares owned by employees and early shareholders may be resold to institutional investors. In other words, these sites offer a way to turn a private company's shares into cash without incurring all those IPO costs.

One such private exchange user is Facebook -- as of last Friday, the social networking giant has an "implied" value" of $82.4 billion on SharesPost. That estimate is based on transaction prices, research estimates and financing round valuations, according to the San Bruno, Calif.-based site.

Secondary markets lure far more firms that compete for institutional dollars, however. To stand out, a startup needs attractive financial performance -- that is, you must show revenue, profit and cash flow improvements. And venture capitalists should assign it ever-higher valuations at each financing round.

But if you have that, the process of selling your shares is straightforward. According to SharesPost, a startup simply needs to post the terms at which it wants to sell its shares -- identifying any transfer restrictions. If a buyer agrees to the terms, that buyer can create what's called a "form of agreement" for the transaction.

Once both parties have signed that contract digitally, the agreement is binding. SharesPost sends it to a bank, in this case U.S. Bank, which opens up an escrow account. The startup must deposit "evidence of ownership of its shares" and the buyer must put the purchase price and any other required fees and expenses into that account. SharesPost charges the seller a 3 percent per-transaction sales commission or $5,000, whichever is greater.

That commission might not sound all that attractive, but relative to the fees exacted by banks during an IPO, it's a bargain. In my view, unless you are legally required to list your shares publicly because you have more than the maximum number of shareholders -- which is 500 -- you're probably better off selling shares on a private exchange.

Then again, for a company like Facebook who's looking to go public this week at valuation that's expected to reach $100 billion -- or a roughly $20 billion boost to its valuation on the private exchange -- going public may be best. But if your last name isn't Zuckerberg, you should use secondary markets to get liquidity for your business instead of doing an IPO.

Have you considered placing shares for sale on a private exchange? Let us know why or why not in the comments section.