A Profile of the Active Social Networker

By Mikal E. Belicove
September 20, 2011
Opinions expressed by Entrepreneur contributors are their own. 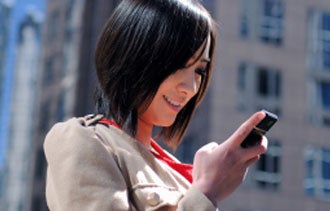 This isn't an episode of Criminal Minds, but if you were conducting an indepth investigative analysis where you were asked to present a profile of the "suspect" most likely to visit social networking sites and blogs, here's what you'd come up with:

Our most active social networker/reader of blogs is a woman between the ages of 18 and 34 and likely to be Asian or Pacific Islander. She lives in New England, holds at least a bachelor's degree and earns less than $50,000 a year.

Nielsen's State of the Media: The Social Media Report – Q3 2011 presents us with this profile tidbit as well as a raft of other facts about the monumental popularity of social media, including not only who's using it, but how social media continues to grow like an amoeba, adding a lot more impact to businesses and brands like yours.

Findings in this new study show that blog posts and social network messages reach nearly 80 percent of online Americans and take up nearly a quarter of the time we spend online. Specifically, such sites consume 22.5 percent of our online time, with online games coming in a distant second at 9.8 percent.

Here are five other social media nuggets to take away from the Nielsen study:

There's a lot more here, and you can request your own copy of the report yourself on Nielsen's Reports and Downloads site. If for no other reason, you can get a handle on how different consumer segments use and share content online.

How have you used greater intelligence about social networking to enhance your business? Let us know in the comments section.