Imagine These 7 Entrepreneurs as 'Game of Thrones' Characters

Warning: If you’re horribly behind on your “Game of Thrones” episodes, this may contain spoilers.

The busy season premiere of Season 6 of the HBO-series Game of Thrones revealed Jon Snow is still dead, Sansa is still fleeing from her horrid husband Ramsay and the enchantress Melisandre, also known as the "Red Woman," is really an old hag -- literally over a hundred years old.

Sure, it felt like there were a million story lines to keep track of, and yet I'm still hungry for more.

To tide our collective GOT appetites, we examined seven famous entrepreneurs who share a likeness -- in appearance, personality or both -- with some of our favorite GOT villains and heroes. Should any of these characters from the show need a stand-in, they can always ask these business titans to take a break from their day jobs to step in. 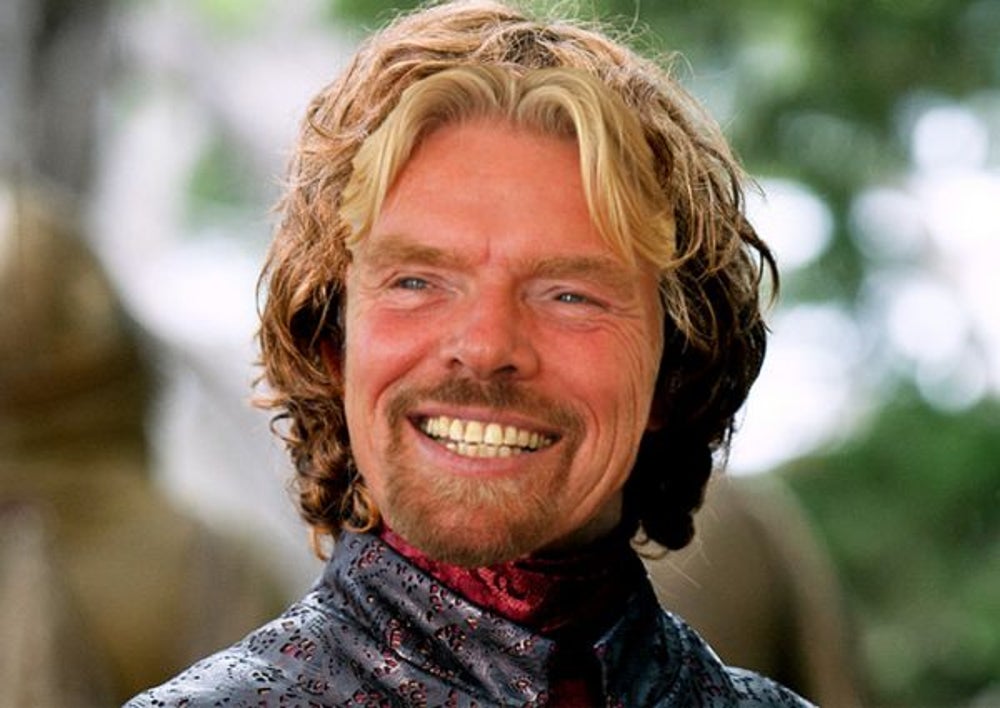 Tyrion Lannister -- otherwise known as the “Imp” -- and Sir Richard Branson both share wit, and while Branson is no imp, he’s certainly got no shortage of impishness.

The founder of Virgin Group -- comprised of more than 400 companies -- was last estimated to be worth $5.2 billion, and unlike Tyrion Lannister, he is a self-made man who built the Virgin empire from a mail-order record business to the present-day business behemoth that currently has (or once had) arms in air travel, train travel, green fuel, cola, mobile communications and private space exploration. 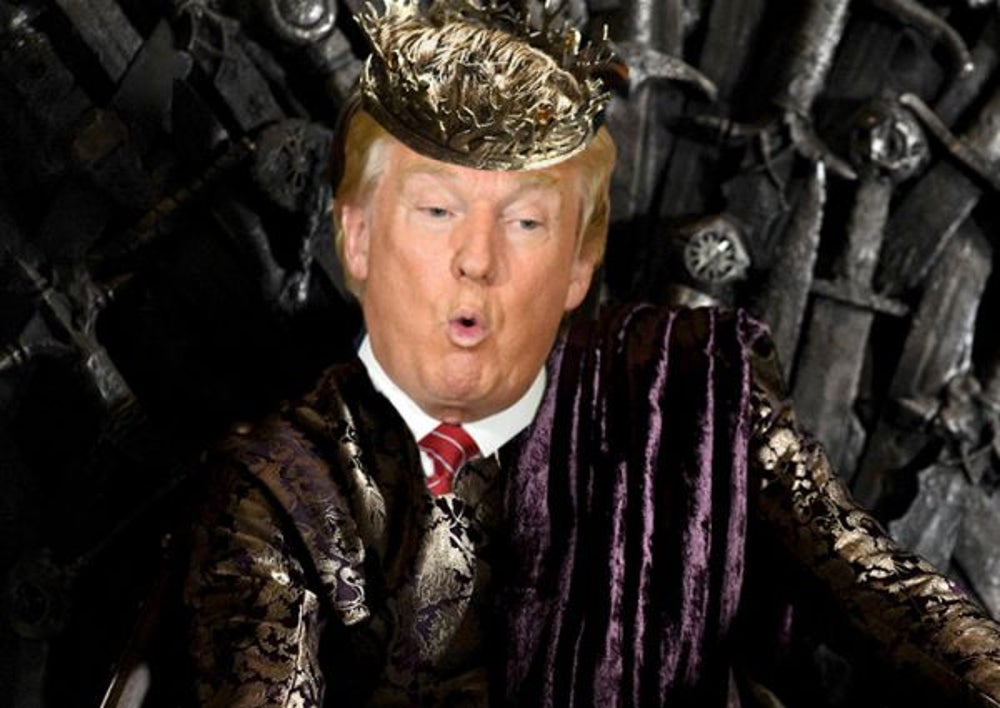 Both of these men were born into wealth. Both of these men have inspired a loyal following. And let’s face it: When King Joffrey kicked the bucket, viewers were only sorry that he didn’t suffer a worse fate.

Donald Trump, too, can inspire that sort of schadenfreude. However, both the GOP candidate and King Joffrey can rally a crowd and sneer like it’s their birthright. While both have divisive personalities, it is the president of the Trump Corporation who is worth $4.5 billion, according to Forbes, and has brought in $9.5 million in licensing fees alone in 2014.

Related: Should Amazon Succumb to Pressure to 'Dump Trump' Products? 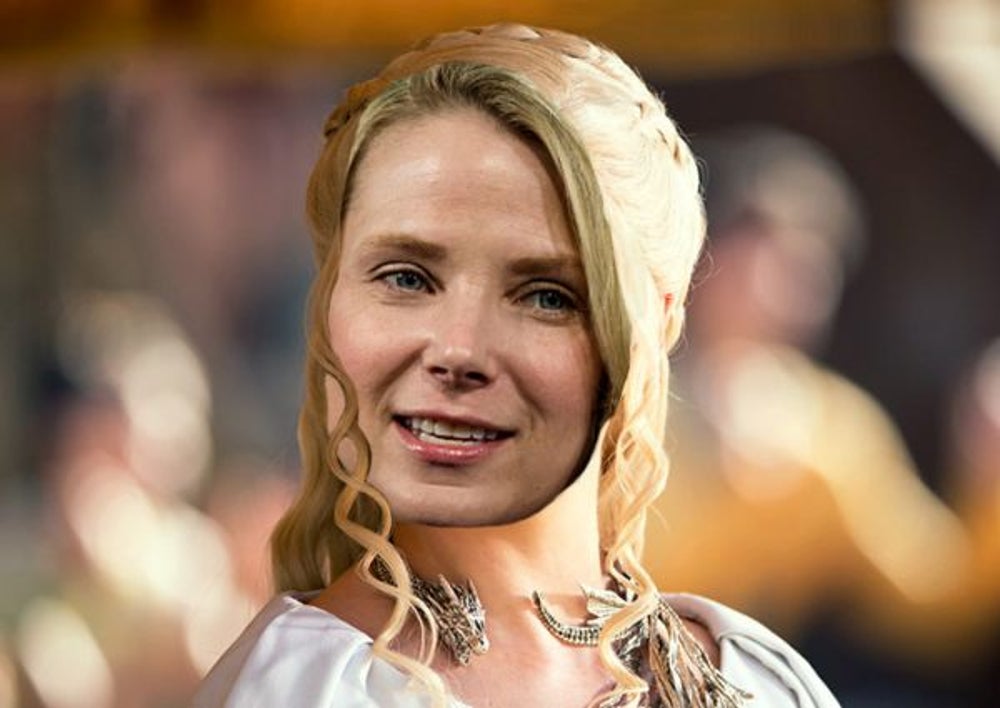 Like Daenerys Targaryen, silver-haired queen mother of dragons, the fresh-faced Marissa Mayer is the “mother” to an ailing dragon called Yahoo.

Mayer was brought on as Yahoo’s CEO in 2012 to revive the beleaguered company. Four years later the company remains troubled among ongoing speculation that her reign is up.

Related: Mysterious Marissa Mayer: 5 Things You Might Not Know About the Yahoo CEO 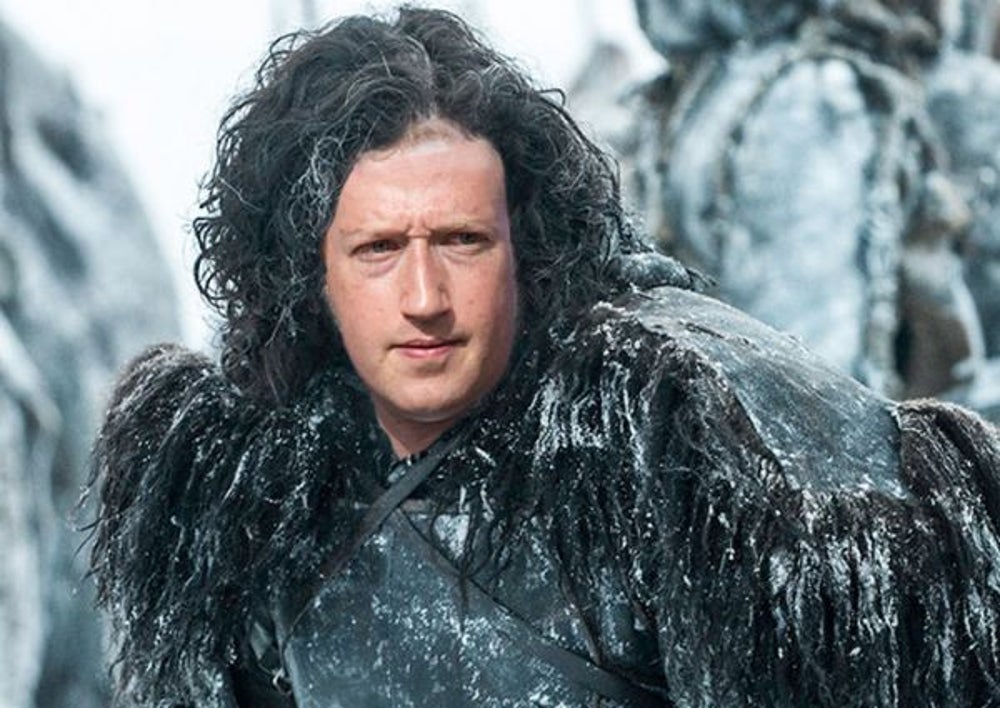 One of these guys wears a hoodie, the other a fur-lined cape, but both Facebook CEO Mark Zuckerberg and Jon Snow of the Night’s Watch, follow their moral compass that guides their leadership.

Unfortunately Jon Snow’s moral compass got him stabbed by his own men, but Zuckerberg has used his position as a high-profile leader in the tech industry to create a philanthropic organization that has injected hundreds of millions of dollars into education and healthcare initiatives and has joined Warren Buffet’s Giving Pledge, which commits Zuckerberg to donate his fortune during his lifetime. 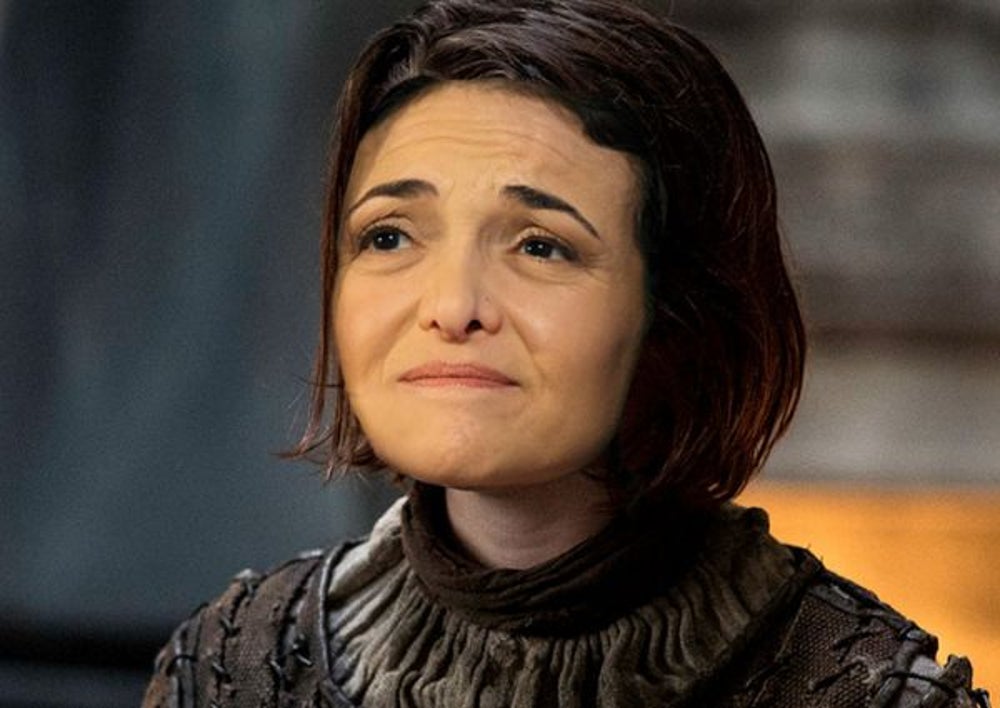 Both of these brunettes are scrappy in their own ways: Young Arya Stark for surviving the cruel fallout of father’s execution, and Facebook COO Sheryl Sandberg for taking on the mantle of advocacy and leadership for women in the workplace.

Sandberg’s strength was tested after her husband suddenly died last year, but she remained a pillar of dignity during her mourning, embodying her words, “Leadership belongs to those who take it.”

Related: What Sheryl Sandberg Would Have Told Her Younger Self 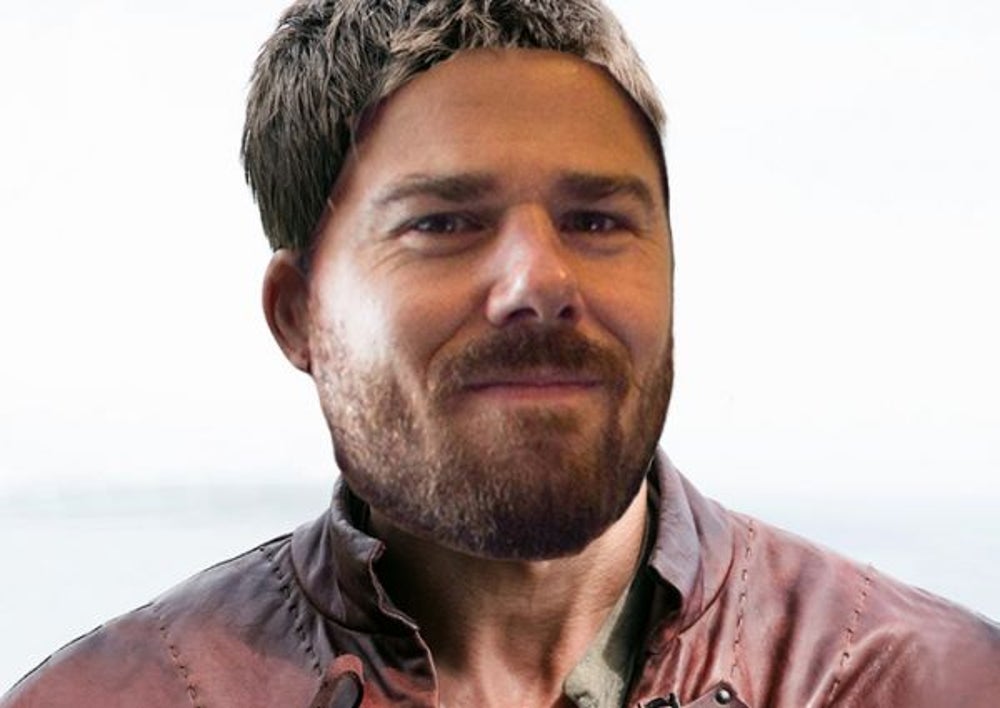 Both Gravity Payments CEO and cofounder Dan Price and kingslayer, Ser Jaime Lannister, can make you wonder -- is he a good guy or isn’t he?

However, in the wake of the positive attention came the mud: news that he was being sued by his brother, Gravity Payments cofounder, claims from his ex-wife that she’d been abused and accusations that Gravity had intentionally misclassified transactions in order to have an advantage over competitors.

In turn, Price has refuted his wife’s claims. 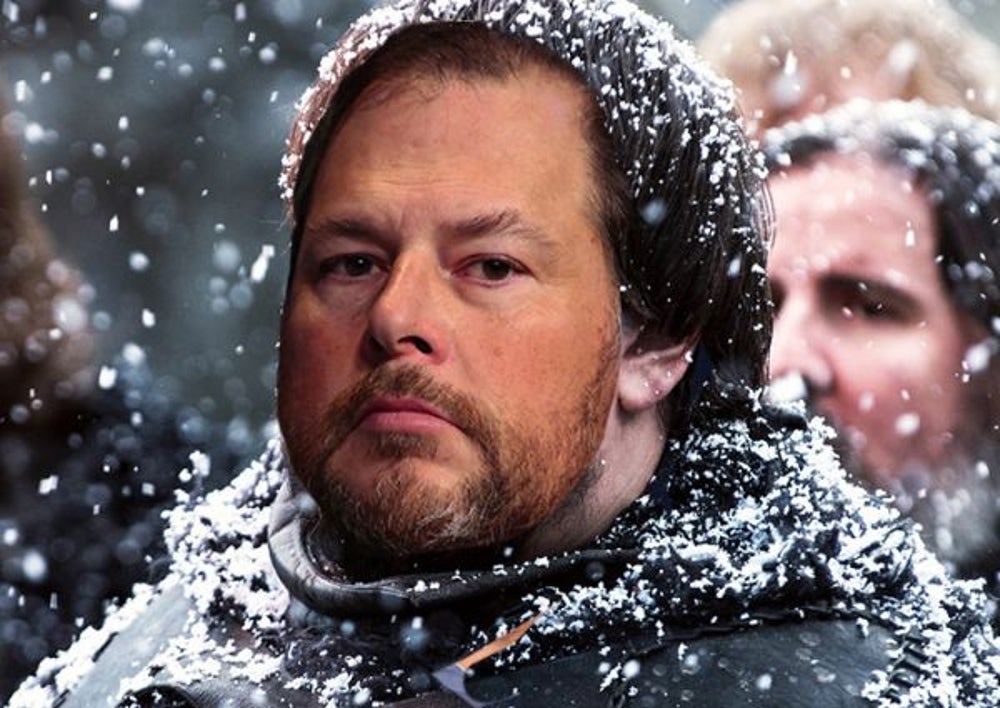 Like the gallant Samwell Tarly, a member of the Night’s Watch, Marc Benioff, the CEO and founder of Salesforce, uses his business influence to affect government policy. Most recently, Benioff threatened to pull business out of Georgia if the state passed an anti-LGBT bill (HB 757).

Consequently, the bill was vetoed.

Related: Salesforce CEO Threatens to Take Business Out of Georgia If 'Anti-Gay Bill' Is Signed

Five Surprising Facts from the New 'Game of Thrones' Book

Missing 'Game of Thrones' Already? Here Are 10 Business Lessons You Can Learn While Re-Watching the Series.