Feel Like Quitting? These 9 Women Prove Grit Can Lead You to Massive Success.

When life knocks you down, true grit is a quality that sustains you.
Next Article

Talent and intelligence may help you land some success, but it’s a positive, non-cognitive skill known as “grit” that is the secret sauce in reaching the next level of achievement, according to Angela Duckworth, a psychology researcher and author of Grit: The Power of Passion and Perseverance.

Grit is a perfect storm of non-cognitive skills. It’s resolve and tenacity. It’s the resilience to go on with renewed purpose after you’ve suffered a setback, failure or disappointment. It’s commitment to your goals and a belief in yourself and/or to a greater cause. And the beauty of grit is that it’s not just a popular buzzword -- it’s a powerful motivational tool that can be used in both work and personal life.

For women, grit is a powerful advantage to possess in entrepreneurship or any male-dominated field. To pay tribute to inspirational female leaders who have shown us that quitting is simply not an option, here are nine examples of amazing women who exhibited true grit. 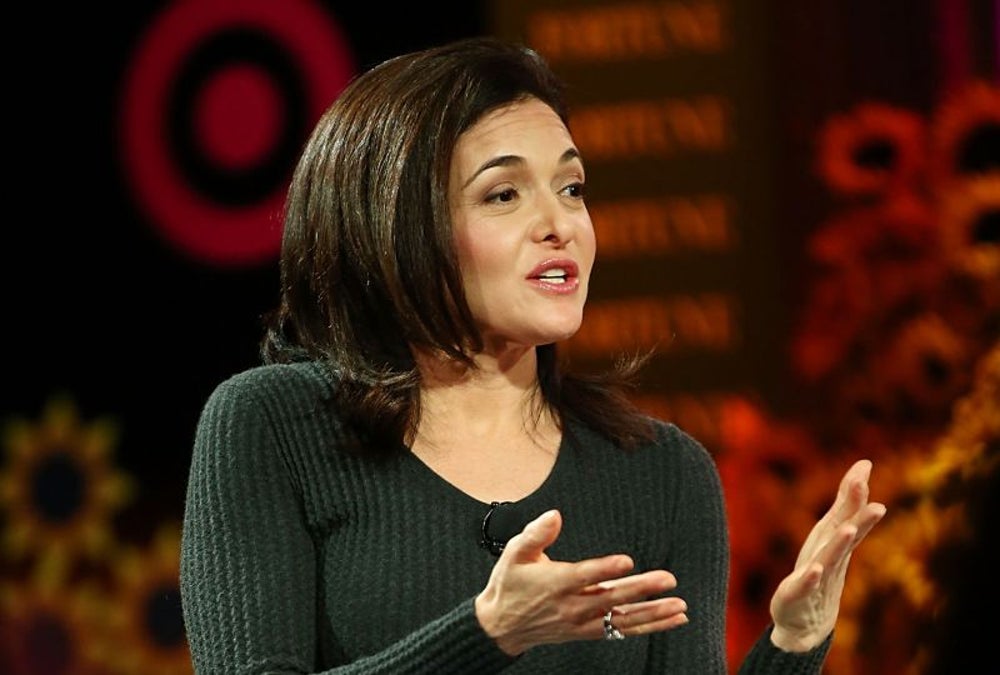 “I think when tragedy occurs, it presents a choice. You can give in to the void: the emptiness that fills your heart, your lungs, constricts your ability to think or even breathe. Or you can try to find meaning.”

Facebook COO Sheryl Sandberg is the poster-woman for grit. After suddenly losing her husband Dave Goldberg in 2015, the mother of two young children went back to work and tried to find meaning in her loss. Not surprisingly, she found it through doing what she does best: Helping others who are struggling by sharing her own life lessons.

What emerged from her struggle was the book Option B: Facing Adversity, Building Resilience, and Finding Joy, where she shares science, research and anecdotes about the concrete steps that can be taken to overcome struggle and build resilience.

Related: Feeling Stuck? Here Are 15 Quotes on Creativity from the World's Most Inspirational Leaders. 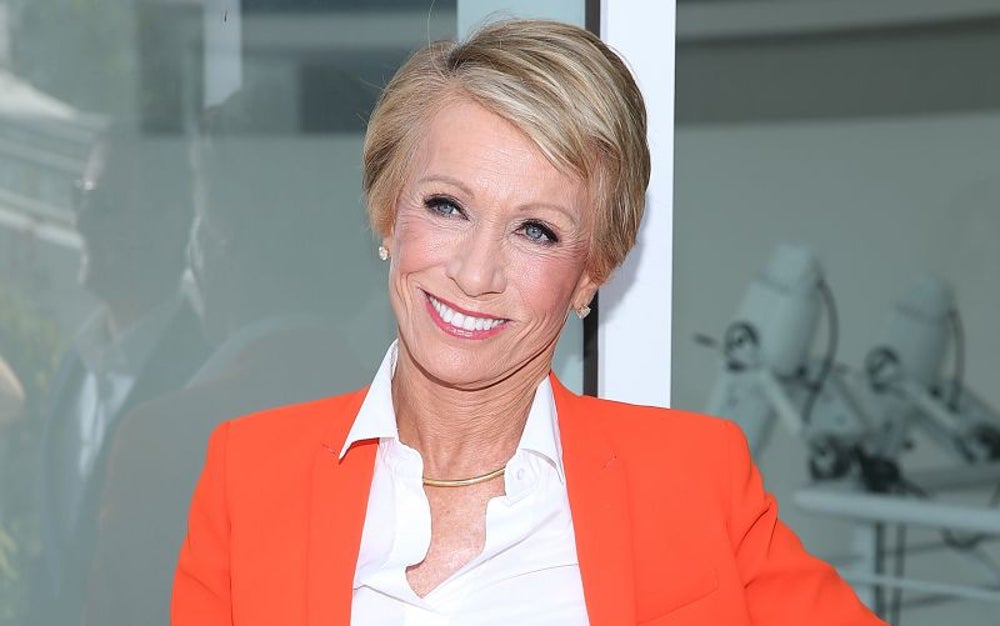 "I've since learned that you need to treat obstacles just like opportunity -- quickly without much thought and move on."

While building her business empire, Barbara Corcoran, real estate mogul and Shark Tank investor, did what she needed to do in order to survive. Corcoran has spoken about how, during the recession in the 1990s, she had to leave her own real estate company with its 300 employees to work for a salaried job under a real estate developer so she could pay rent.

“Everybody laughed at me because they thought I was a failure," Corcoran says.

However, she didn’t let that setback halt her determination. She eventually returned to her company, which survived the recession, and her staff of 300 remained at her side.

Related: 9 Warren Buffett Quotes That Will Teach You More Than Just Investing 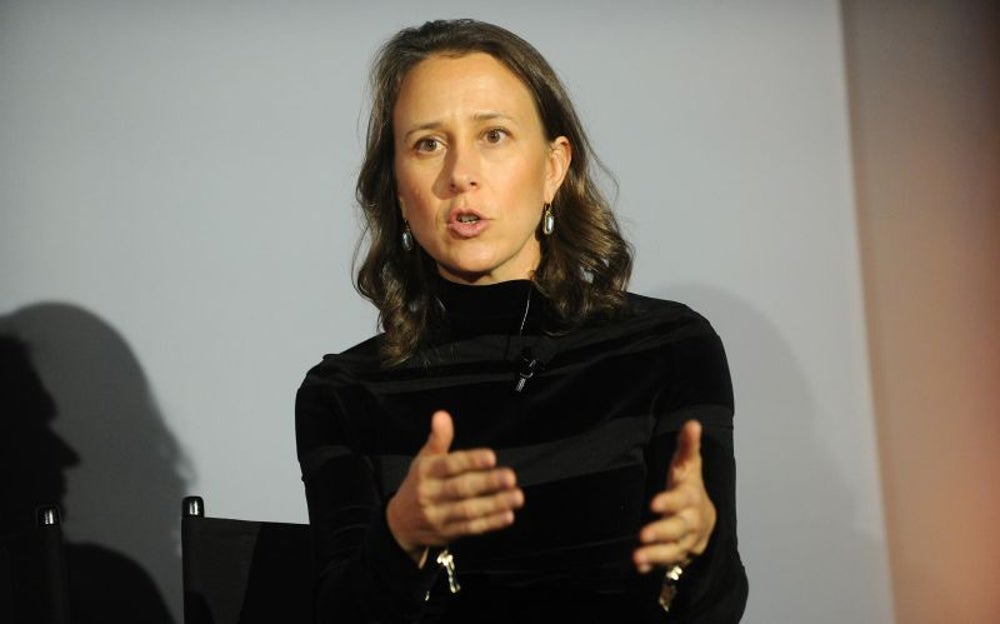 “I have had a lot of setbacks that I learned from.”

23andMe CEO Anne Wojcicki has spoken of growing up with a strong academic mother who spoke out and wasn’t afraid of making waves. Having such a fierce female role model early in life likely prepared Wojcicki for some of the challenges she would face as an adult with her direct-to-consumer genetic testing service. In 2013, the FDA banned her company from selling its services. At the time, Wojicki said the “new user signups dropped by half.”

Wojcicki isn't deterred easily. After two years of working very closely with the FDA, she was able to successfully bring a less comprehensive version of the testing service back to market while pursuing additional revenue streams for the company.

Related: 9 Powerful Tony Robbins Quotes That Will Redefine Your Quest for Success 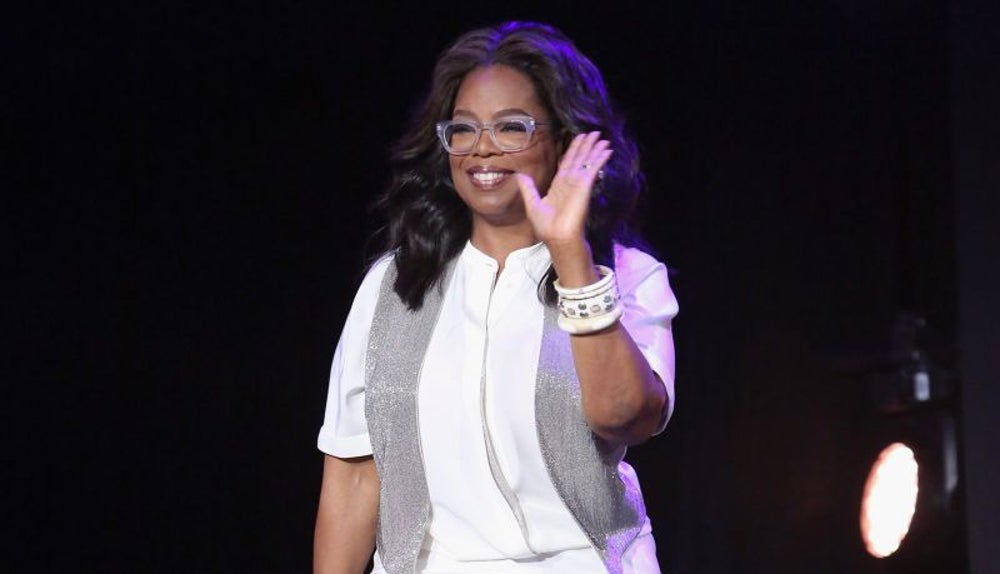 "Turn your wounds into wisdom."

Oprah Winfrey has been very public about her early challenges. At the age of 19, Winfrey became the co-anchor of a news desk in Tennessee, becoming Nashville’s first black and female news anchor. She then went on to anchor the coveted spot of evening news at a larger station in Baltimore only to be soon fired. She was demoted to a less visible spot doing morning news.

However, her ability to really connect with people shone through. Winfrey was offered a local morning talk show, Baltimore Is Talking, and it shot to the top in ratings. When a talk show opportunity for an affiliate station in Chicago presented itself, she went for it. Winfrey transformed it into Chicago’s highest rated talk show, which became The Oprah Winfrey Show. The burgeoning media mogul formed her own production company Harpo Productions and gained the rights to her show, ensuring creative control.

Related: 8 Michelle Obama Quotes That Will Inspire You to Live Life to the Fullest 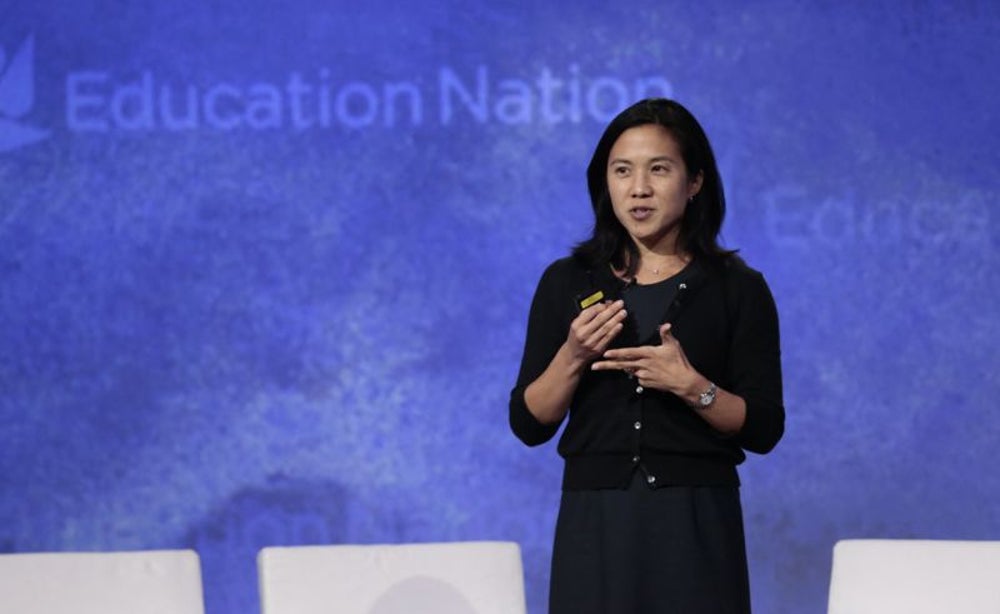 “Grit is living life like it's a marathon, not a sprint.”

In her famous TED Talk, researcher and academic Angela Duckworth talks about how at the age of 27, she left her high flying job as a management consultant to teach math in New York City public schools. What she learned while teaching became part of her obsession about “grit,” a non-cognitive skill. “Some of my strongest performers did not have stratospheric IQ scores,” Duckworth said in her TED Talk. “Some of my smartest kids weren’t doing so well.”

She goes on to talk about how although education best measures IQ, her experience and research has convinced her that it’s passion and perseverance that better predicts a person’s academic and professional success. And what emerged from Duckworth’s own grit was The New York Times bestseller Grit: The Power of Passion and Perseverance. 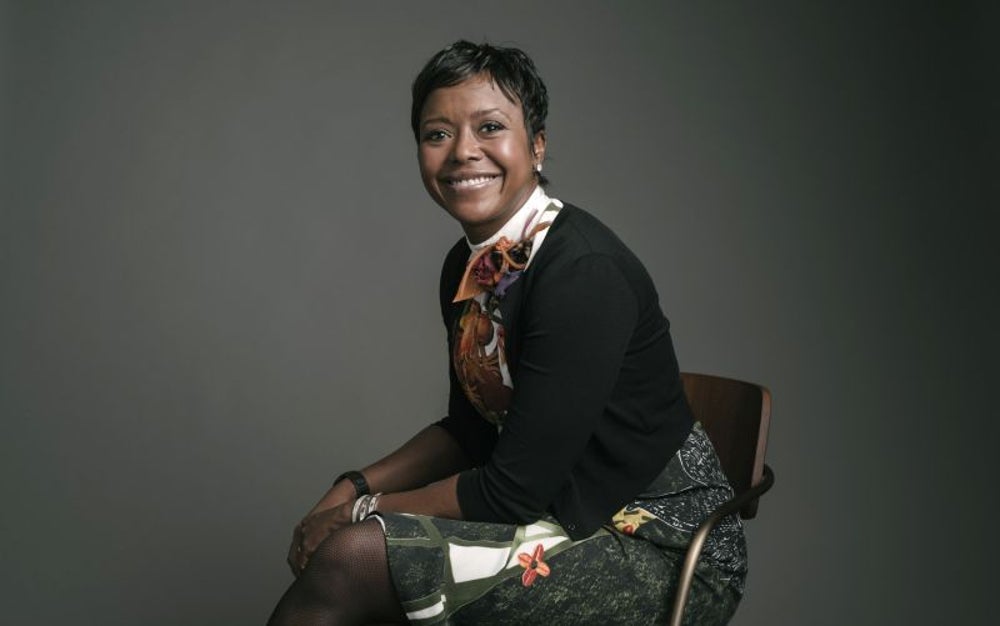 "It would be lovely to think that success was a result of my being extraordinary, but the answer is far more boring. I worked hard. Really hard."

The president of the respected Chicago firm Ariel Investments, Mellody Hobson isn’t as well-known as her contemporaries, but she is undoubtedly a fierce leader who embodies grit. She grew up without a father, and her mother was a pivotal figure in her development of strong character. A well-intentioned business woman who didn’t have the practical know-how, her mother often got the family evicted from homes throughout Hobson’s childhood.

“Even though I will never be evicted again, I am haunted by those times and still work relentlessly,” Hobson once wrote. “When I think of my career and why I leaned in, it comes down to basic survival.”

However, her mother instilled independence and competence in Hobson from a young age. “My mom would say, ‘You have a birthday party to go to? Well, you can’t go unless you’ve planned how to get there and how to get a present.’” Hobson said. “She wouldn’t do that for me. I found my own orthodontist, my own high school. I set up interviews and did college trips. Despite her incredible concern and caring, my mom didn’t have the capacity for that. It was outside her experience, and she knew I was on top of it.”

Related: The Best 25 Motivational Quotes To Kick Start Every Morning 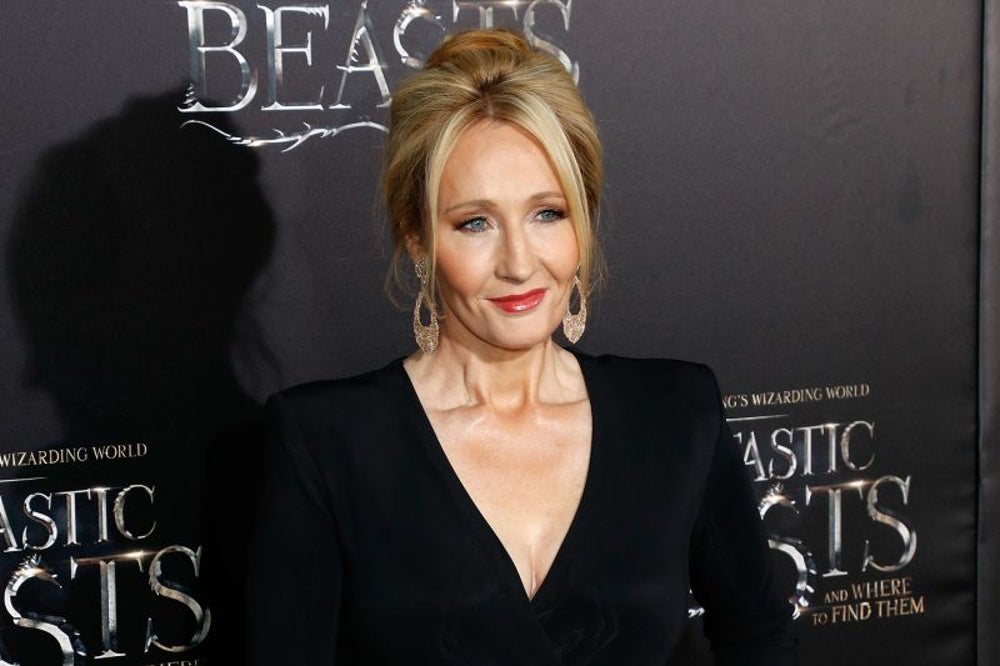 “Do not ever quit out of fear of rejection.”

Before we heard of her, J.K. Rowling was a single mother living on government benefits in the United Kingdom. She sat in cafes in Edinburgh finishing her book Harry Potter and the Sorcerer’s Stone. When it was complete, her agent submitted the manuscript to 12 different publishers before it was sold.

This past June, Rowling, a Twitter enthusiast, reflected on her days of struggle and offered a message of strength and grit to other writers. She quoted a tweet from a fellow writer that said: "HEY! YOU! You're working on something and you're thinking 'Nobody's gonna watch, read, listen.' Finish it anyway." The Harry Potter author added: "There were so many times in the early '90s when I needed somebody to say this to me. It's great advice for many reasons."

She went on to encourage writers to finish their books. "Even if it isn't the piece of work that finds an audience, it will teach you things you could have learned no other way." 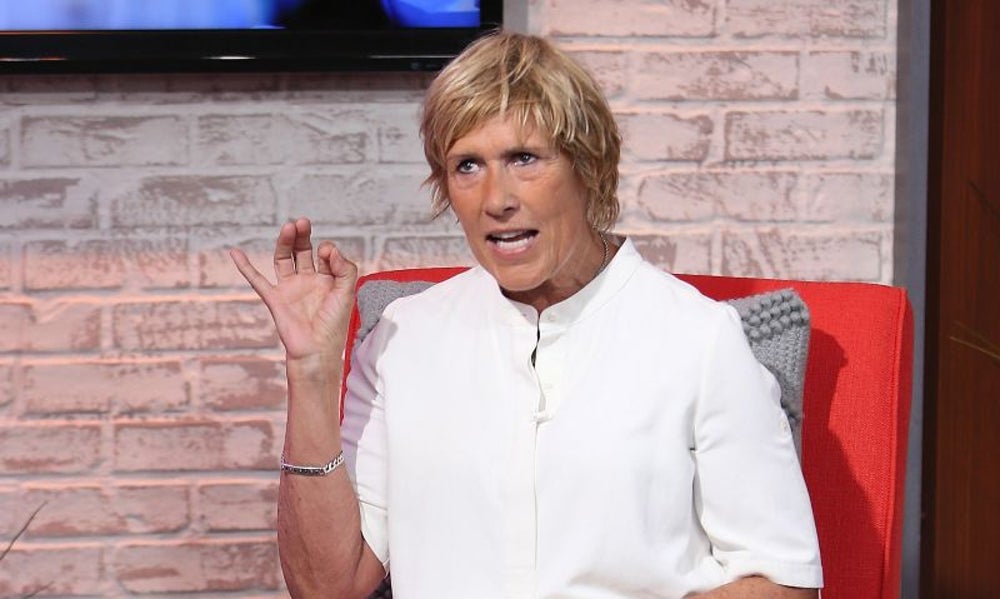 “I'm not going into that good night. I am going to fire up and live this thing as large as I can live it until I can't live it that large anymore."

In September 2013, 64-year-old Diana Nyad attempted, for the fifth time, to swim more than 110 miles from Cuba to Florida. Nyad called the stretch of water she intended to conquer “Mother Nature on steroids,” full of whitetip sharks and jellyfish.

Nyad said that her greatest catalyst to complete the swim challenge was her mother’s death four years earlier. It made her not only aware of the limited time she had left but gave her the will to “find a way” -- which became her motto.

Find a way, she did. After nearly 53 hours in the water, Nyad became the first person to ever complete the swim from Cuba to Florida. 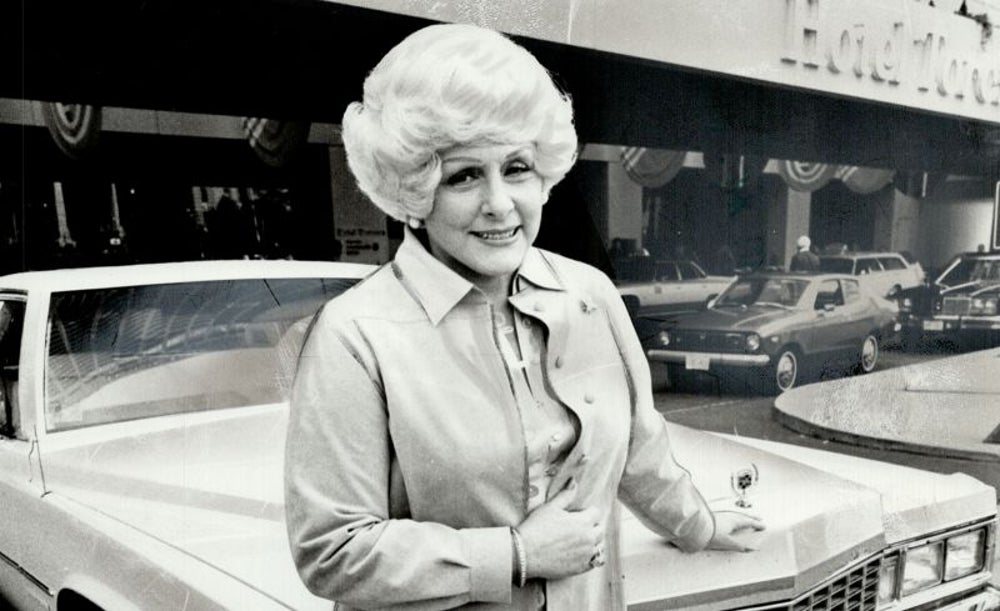 The “sink or swim” moment for Mary Kay Ash, who founded the Mary Kay Cosmetics empire, came after World War II. Her husband had run off with another woman, and she was left with three young children to support. Having a knack for sales, she was employed by various direct-sales companies. Always a top sales performer, she found herself undervalued and dismissed by her male colleagues.

Ash quit her sales job in 1962 and began writing a guide for working women. In it, she described her ideal sort of company and soon realized that she could start her own. She simply had to find a product she believed in to sell to women.

Now in her mid-40s and on her second husband, she took her life’s savings and invested it in the production of a skin softener she’d been using on herself. She rented a storefront, recruited nine saleswomen and was ready to open shop when her second husband suddenly died. Although she was advised against it, a month later she opened shop. One year later, sales reached $800,000, a staggering number for 1964, and her sales force had grown to more than 3,000.

Today, Mary Kay Cosmetics remains a private company specializing in direct sales in more than 40 markets worldwide with over 3.5 million independent consultants and $3.5 billion in sales as of 2016.