Despite Obstacles, Tough Mudder Looks to Win Over Corporate America

By Laura Entis
July 17, 2015
Opinions expressed by Entrepreneur contributors are their own.

Keith Meade is a Tough Mudder devotee. Having completed the military-style obstacle course twice, he figured it was time to get his co-workers at digital-marketing provider IBM Silverpop involved. "It gave us the chance to all meet up in one place and do something together," says the 39-year-old accountant director.

While Meade's ambitious recruitment strategy of convincing the entire company on board fell short, he managed to finagle five co-workers into signing up for Tough Mudder's 10- to 12-mile Atlanta course, which took place this spring. Together, the team worked their way through Tough Mudder's series of obstacles, plunging into cold ditches of muddy water, crawling through clouds of teargas, jumping over fire pits, scrambling up walls and running though a field of dangling live wires.

The event itself was an adrenaline-fueled high, but its real value lay in the connections it facilitated with co-workers Meade rarely sees in person. Leading up to the Tough Mudder, Meade, who is based in Atlanta, and his co-worker Darryl Bolduc, based in Boston, swapped training status updates and tips. After the run, they relived highlights via Gchat. Currently, both are in the process of corralling co-workers to participate in another Tough Mudder run in 2016, either in California or Nevada. They hope to get a group of 25 or more the second time around.

Just as Meade's ambitions are growing for more team involvement, so is Tough Mudder's.

Founded in 2010, Tough Mudder launched its corporate sales business at the end of 2013. To date, the rollout has been low-key, primarily dependent on word of mouth -- but that's changing. This year, along with building a small team to exclusively handle business clients, the company's website prominently advertises Tough Mudder as a team building and bonding tool.

"Traditional corporate leadership and teamwork development is boring," it reads, in part. "Tough Mudder is not a race, it's a challenge…the camaraderie and leadership that results is built through action, not through abstract jargon and exercises that play out on a whiteboard." 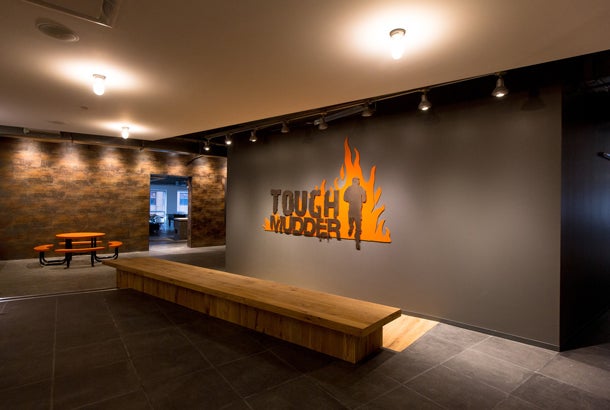 For businesses searching for fresh, innovative ways to strengthen company culture -- a buzzword with staying power -- participating in a muddy obstacle course that gets the adrenaline pumping while facilitating teamwork and problem-solving is a good place to start, says Tough Mudder CMO Jerome Hiquet. (While he won't disclose revenue from corporate sales "it will be somewhere in the seven figures by the end of the year," he says, predicting a 200 percent year-over-year growth from 2014.)

That said, for corporations looking to pump up corporate-cultural identity through the muddy, military-style obstacle race, there are potential concerns.

For starters, many employees -- whether due to age, health or disability -- cannot participate. "Employers should be careful that the activities they choose do not alienate employees based on physical limitations, since it can cause friction between team members," warns Heather Huhman, the founder of Come Recommended, a content marketing and digital PR consultancy for job-search and human-resources technologies.

While Tough Mudder's message is one of inclusion -- the event is untimed, and if a participant feels uncomfortable with a particular obstacle, he or she is welcome, encouraged even, to skip it -- Hiquet concedes that participating requires a baseline level of fitness. "If you can run five to seven kilometers twice a week, and if you can do 10 pushups, that's a good start," he says, and directs newbies to a series of videos the company produced, designed to walk participants through the training process. "Yes, you have to have a level of training, but it's something that most people can do if they have a regular active life." For many employees, of course, this is an unrealistic bar, as physical activity often takes a backburner to their career and social time with family and friends. 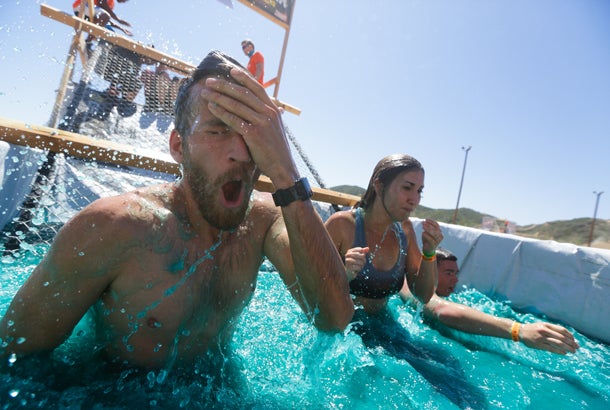 And those who are physically able to complete the course may not feel comfortable doing so. Concerns about Tough Mudder's safety have made headlines, most notably -- and gut-wrenchingly – in April 2013, when Avishek Sengupta, 28, drowned in the middle of an obstacle challenge. (Upon jumping into a pit of chilled, muddy water, Sengupta lost consciousness; it took eight minutes for a rescue worker to pull him out of the water, by which point he was foaming at the mouth.)

Related: The 10 Company Culture Metrics You Should Be Tracking Right Now

Tragic as it was, Sengupta's death was an anomaly (speaking to The New Yorker last year, founder Will Dean emphasized that in terms of percentages, more people die running marathons than participating in the Tough Mudder.) But injuries are often sustained on the course. James Boddeker, a VP at a Chrysler Jeep dealership in Arizona, recently participated in Tough Mudder's Mesa, Ariz., run with 20 other employees. He had a blast, save for the "stitches in my butt cheek," he says ruefully. "I don't want to focus on that, but there were 30 of them." Boddeker took the injury in stride. "The Tough Mudder people took very good care of me, and I knew what I'd signed up for," he says, adding that he'd "do another one, for sure."

But, as with other workplace bonding events, not everyone is going to feel as enthusiastic about participating in these activities, with some feeling forced to take part in. When skipping work happy hour is taken as a sign of disengagement, it's easy to see how this philosophy can be applied to more extreme office bonding excursions. "It's hard to avoid peer pressure in the office, which can mean trouble for a physically demanding activities," Huhman says.

Peer pressure from within

The Tough Mudder experience tends to attract a particular demographic, one overrepresented in certain industries -- tech and finance to name two. While Hiquet does not have the breakdown for corporate teams, in general 65 percent of Tough Mudder participants are men: "There were plenty of women, but in general the crowd skewed male and beefy," wrote editor Lizzie Widdicombe, when she participated in an event for The New Yorker. 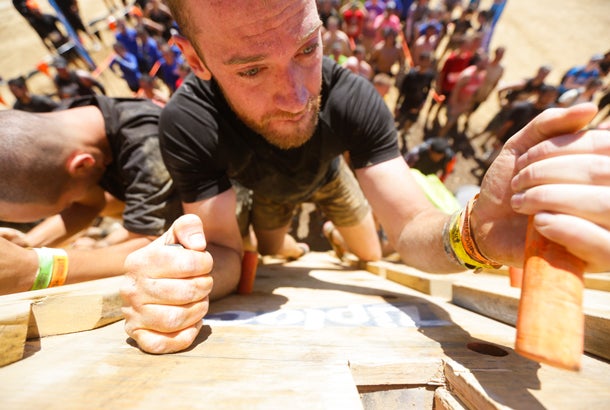 At Tough Mudder's Brooklyn New York City headquarters -- which, from a cursory glance around the office, also leans young and male -- staffers are encouraged to complete multiple Tough Mudder events each year, though Hiquet says no one is forced to participate. Still, from anonymous reviews on career-rating site Glassdoor, such encouragement can border on the aggressive.

"There was a lot of pressure to run the TM Obstacle Course or 'volunteer' (e.g. you have to) for weekend several times a [year]," wrote one reviewer, adding that there were "insane expectations to look at Tough Mudder as a 'lifestyle' not a job." According to another anonymous employee, the company exhibited a "laughable 'culture' in which you are punished or looked down on if you don't participate in the often ridiculous or CEO self-serving activities that employees are 'invited' to."

These are anonymous reviewers, to be taken with a grain of salt. And yet in spite of Hiquet's insistence that he's never heard of anyone being forced to participate in a Tough Mudder, he himself kind of was: as part of the interview process, Hiquet was invited to Tahoe to meet with Dean and Tough Mudder president Adam Slutsky last August. "Will said, before joining us, I think it's important for you to understand what we are doing," Hiquet recalls. Having arrived at midnight, he woke up at 6 a.m. the next morning to complete the Tahoe Tough Mudder course with Dean and Slutsky.

For companies interested in purchasing a corporate package, Huhman recommends encouraging employees who are uncomfortable running to come as spectators.

That's exactly what Boddeker's team from the Chrysler Jeep dealership did. Employees who either couldn't or didn't want to run showed up and cheered from the sidelines, and the team dedicated the event to a co-worker who had initially signed up but was unable to participate due to an autoimmune disease.

All in all, the Tough Mudder experience should bring employees together. "Whether it's troubleshooting how to get over a 12-foot wall or helping one another slog through waist-high mud, it will challenge employees to think outside the box, which builds stronger relationships," says Huhman. She just advises that companies who take the Tough Mudder approach to building a sense of teamwork and cultural identity ensure that employees don't feel penalized if they choose not to participate.

Related: Reinforce Your Company Culture Through 'Random Acts of Culture'