'Screw It, Just Do It': Exclusive Video Interview With Richard Branson

Richard Branson isn’t too busy or too important to answer an extra interview question -- or maybe even two.

I put a few to the legendary entrepreneur last week in Los Angeles at Virgin Atlantic's "Business is an Adventure" event. We sat down in a musty basement screening room at the Theater at the Ace Hotel to talk about starting up, scaling, winning and failing. The Virgin Group founder and chief daredevil has done all of it time and again since launching his first business at only 15. With an estimated net worth of about $5.1 billion, the wild and wacky risks he’s taken along the way have more than paid off. 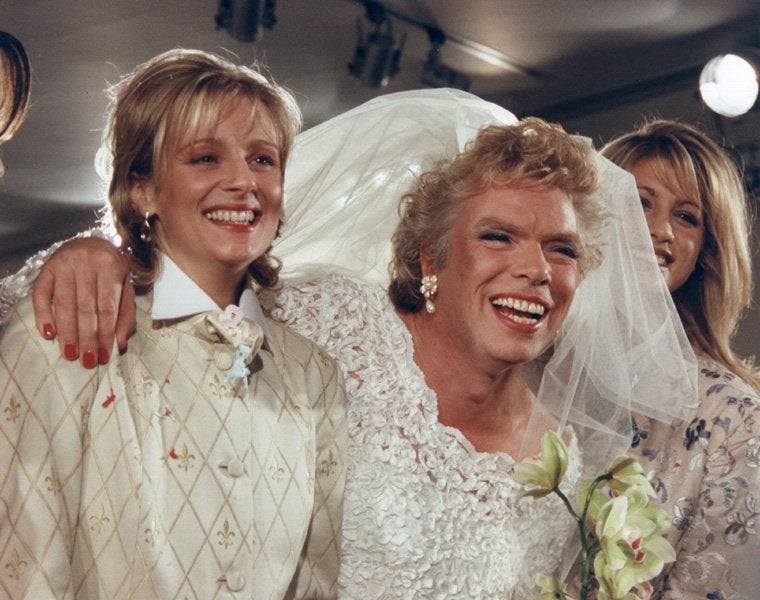 He’s crashed a hot-air balloon into the Atlantic, bungee-jumped off a casino in Las Vegas, mooned photographers and dressed in drag. To him, “business is an adventure,” and there are no “extreme lengths” he’s not willing to go to, risking life and limb included.

“The main thing is, if you have an idea for business, as I say, screw it, just do it,” he told me. “Give it a go. You may fall flat on your face, but you pick yourself up and keep trying until you succeed.” You might also slam against the side of a high-rise building and rip the seat of your pants open in front of the world. He should know. 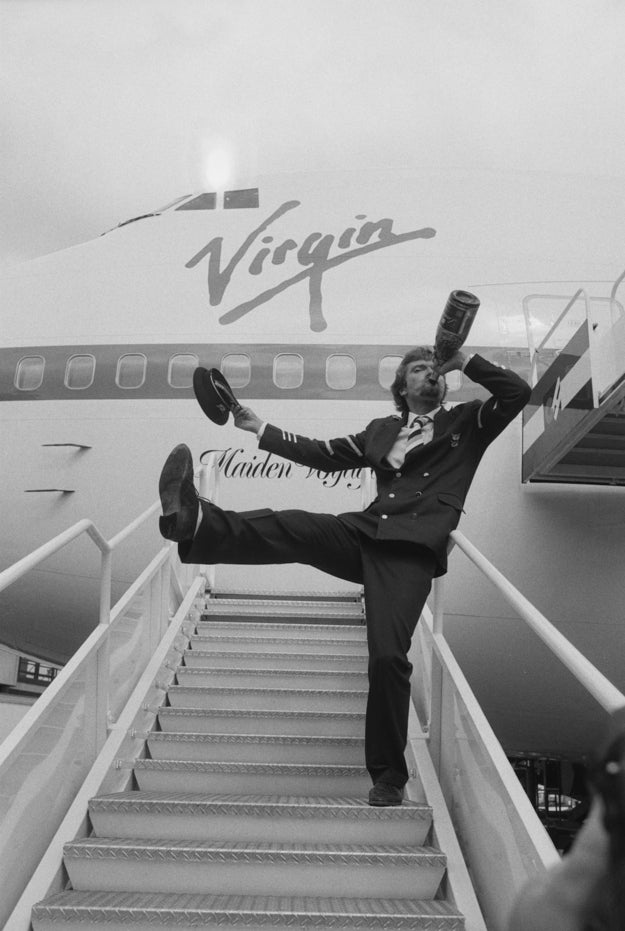 We were getting there, digging into the nutty publicity stunts Branson, a modern-day P.T. Barnum, has dizzingly braved to boost his 200-plus businesses. Then suddenly we weren’t. Five minutes into our interview, time was up.

Branson’s PR said it was time to wrap it up. But the royal billionaire had other ideas. “One more [question],” Sir Richard said patiently, slowly raising his hand to gesture at the reporter’s notebook on my lap. "One...one more." Apparently he had time.

I took a mile and asked two more. 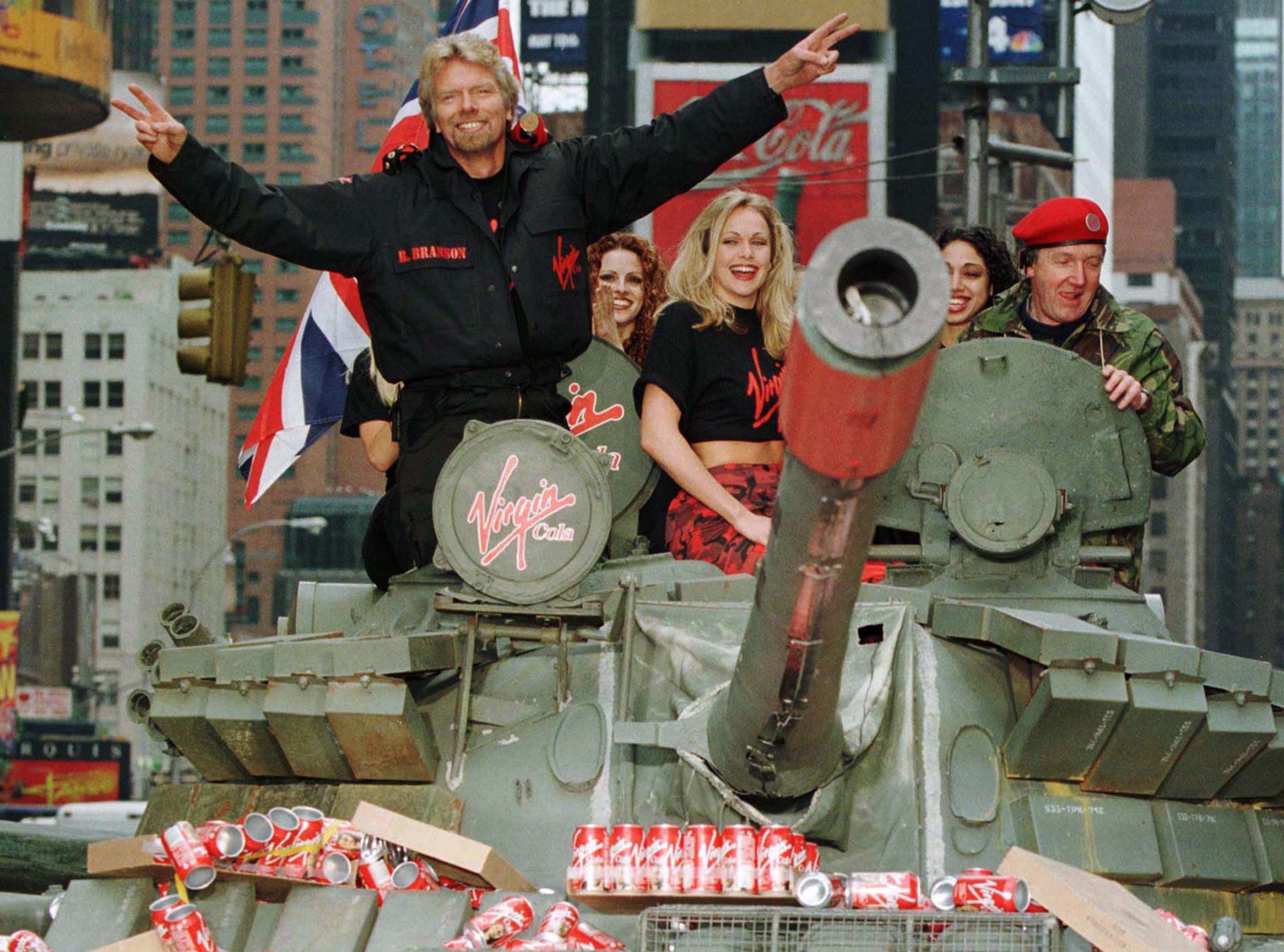 This video, a brief window into our conversation, is the result of Branson keeping it real, being a gentleman and letting me finish my darn questions. To find out what he said, press play.