Google Explains Why the Pixel 4 Is Not a 5G Phone

Though 5G technology will still fit into Google's long-term plans.
Next Article

Get a glimpse of how Google’s marketing resources and strategies can help you grow your business’s digital reach.
Sascha Segan
Lead Mobile Analyst
October 16, 2019 5 min read
This story originally appeared on PCMag


Google's new Pixel 4 smartphone doesn't have 5G because the technology "isn't quite ready for consumers," according to Brian Rakowski, Google's VP of product management.

"It will get there, but now is not the right time to buy a 5G phone," Rakowski said at Google's Tuesday event. "Both from a deployment perspective -- he coverage is not broadly available in enough places for enough users to benefit from it -- [and] from a hardware and phone perspective -- it's still power hungry [and] immature.

"There's work to be done there," he said. "We're tracking it closely and we'll bring a phone out when we feel like it's a good time for users, but now's not the time."

Let me unpack that a little. The 5G situation in the US is a mess right now, with three different technology approaches -- millimeter wave (mmWave), low-band FDD, and mid-band TDD -- that can't all be supported by any single existing device. 5G rollouts from Verizon and AT&T have been slow-going as their mmWave technology requires a huge number of small cell sites. T-Mobile and Sprint, meanwhile, are slowed down by drama around their merger. 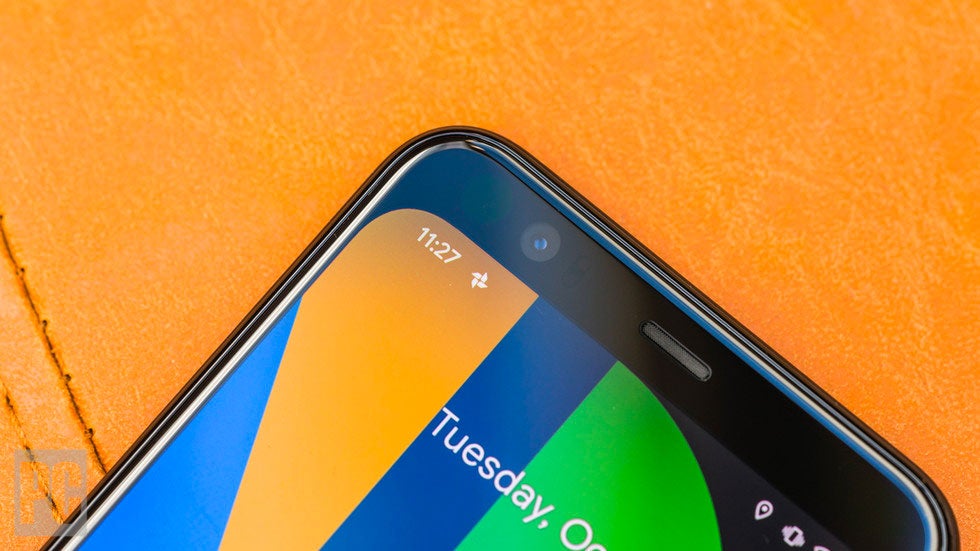 The situation is better in Europe and South Korea, but the real push toward 5G this year is coming in China, where there will be massive launches soon. Google doesn't sell Pixels or offer most of its services in China, so that doesn't factor into the company's plans.

5G definitely fits into Google's long-term plans, because the company sees its Pixel line as a gateway to its services. Don't think of Pixels as necessarily about hardware specs: they're about showcasing what Google can do in terms of image processing, speech recognition, or artificial intelligence. They're the endpoints for a cloud company.

Other Android phone makers have tried to do something like this -- Samsung has had entire software stacks over time -- but it's failed outside China, in large part because Google's services are so key to Android phones everywhere else in the world.

"[Google] Lens is a great example right now," Rakowski said. "When you capture Lens and ask the server, for performance reasons they get a pretty low-resolution image. But if you could send multiple high-resolution frames [via 5G networks], I think it could improve quality quite a bit. And that's just the very, most incremental improvement."

Google's upcoming Stadia game-streaming service could also be enhanced by low-latency 5G, Rakowski said. And 360 videos -- core to augmented and virtual reality, and both areas where Google seems to have backed off this year with the death of Google Daydream -- could use 5G's bandwidth.

"You can do 360, high-def videos if you want to go tour another place from search results. You want to learn about Machu Picchu? You can go there, you can have a 360 video of having been there," he said.

I also asked Rakowski about Soli, Google's new radar sensor that operates on a 60GHz frequency. I'm still a little shaky on why Google needed to spend five years developing a component that does things you can do with a proximity sensor. Rakowski said Soli gives the phone about a meter's worth of sensor range, which lets it see users coming far in advance of what a proximity sensor or camera would allow.

"It's just a little bit more intelligent and natural," he said.

I'm still skeptical about gesture interfaces on phones, if only because they've failed so many times. People seem to find it easy enough to pick up their phone if their hands are near it. Gesture interfaces, to me, may have more application on laptops and home devices, which you tend to use at arm's length. Rakowski said Google is looking at putting Soli into more devices in the future.

With 60GHz being the frequency of 802.11ad "WiGig" high-speed short-range networking, I also wondered if the Soli radio could be used to communicate with other devices.

"We're not doing anything today. It's something that the advanced research teams look at in terms of what other types of applications are there for these other types of sensors, what kinds of cross communication can there be, [and] can we reuse hardware components?" Rakowski said.