This story appears in the April 2014 issue of . Subscribe »

Like every startup entrepreneur, Rodney Nelson needed a great website. Woolly Pocket, the company he was building with his brother, Miguel, aimed to sell its cleverly designed, eco-friendly wall planters online. But there were problems.

"Our first site didn't follow the standard design protocol of a good website," remembers Nelson, who is also a business-management consultant in Phoenix. "It was difficult to navigate; customers had to scroll all the way to the bottom of the homepage and then to the next page to find 'buy it now.'"

The brothers moved on to another developer, but their second e-commerce site didn't work well either, and they found it hard to get the tech team to respond quickly. "I think we paid under $7,000, but we had to redo it maybe six months later," Nelson says. "The second time it cost $15,000; we were happier with it, but we weren't ecstatic. Then we went to another company about a year later. We did three websites in one year. In the end, we'd done four websites in one and a half years before we got one that worked."

It might not be your website that ends up costing you dearly, but something will--it's the Murphy's Law of startups. There are a seemingly endless number of ways to spend money, and it's impossible to be wise about all of them. But a few common costly mistakes can sink a bootstrapped business. Here are six pitfalls to look out for, along with expert advice on how to avoid them.

"Choosing who to hire and work with in a startup is like playing basketball in the schoolyard; you can pick your friends and play for them, but if youwant to be good and continue to be on the court, you have to carefully pick your team," he explains.

It's crucial to choose people with varying skill sets. However, Aulet says, "much like a great sports team, they must also share some common values and the ability to trust each other in tough situations. That's why past experience working with your co-founders and early employees in stressful times is much more important than being friends."

"My single biggest mistake with my first business--a handbag company--was in pricing," says Sarah Shaw, CEO of Entreprenette, a consulting firm in Durango, Colo. Hers is a common misstep for product manufacturers. 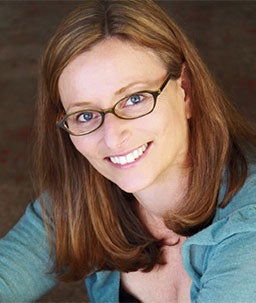 "I didn't understand that with any kind of clothing or accessories, you have to calculate the square footage of fabric, including the wasted fabric," Shaw explains. Without an accurate understanding of her costs, she couldn't price her products correctly.

"I thought you sort of doubled everything, but that's not correct," she says. "It's a 2.5-times markup from cost to wholesale, which covers marketing, the showroom fee, all your expenses."

By the end of her first two years in business, Shaw had put in more than $100,000 of her own money. Thanks to perseverance and media buzz (celebrities loved her bags), she ended up with $1 million in annual revenue and attracted investors, but she couldn't recover from the downturn after 9/11 and closed the business in 2002. 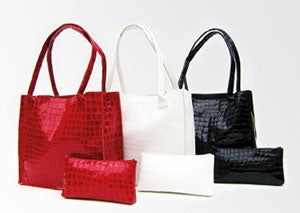 Like Shaw, Tobin Booth, CEO of Blue Oak Energy, paid dearly for a pricing mistake. It occurred in 2010 when the California-based company, which engineers and constructs solar photovoltaic power systems, took on a contract to install solar units for a retail chain with stores in eight states.

"That was a level of complexity we had zero experience with, in a very competitive market," he says. "What we didn't understand across all these states were the tax consequences and how much variation there was in labor rates. Then there were delays because of weather and shipping."

The company, which also hadn't planned for project delays that led to incurring storage fees, lost about $500,000 in 2011. Booth says the miscalculation was one of the worst experiences he has been through as a business owner, but there were some positives: "The cliché is absolutely correct. The painful experiences are the ones you learn best from."

Expensive mistake #3: Waiting for perfect when good will do

When you've got a killer idea, it's natural to want to introduce it to the world in a fully formed state. But it doesn't take a CPA to figure out that the longer you take to launch, the longer you go without money coming in.

"This is a common mistake, especially for tech people," says Drew Williams, co-author of Feed the Startup Beast. "Many want to build an app and won't let it go until it's perfect, but then you take too long and spend too much." Specifically, this error will likely leave you with no "runway"--the cash you'll need to sustain you as you're trying to get your product off the ground once it's ready, but before you have customers.

"You need to come up with the simplest, basic version of your product that gets the idea across and try to find someone you can sell it to," Williams says. "Find one or two clients who are willing to do a pilot where you build, test and iterate it. Inevitably, your product will be different than what you expect, and then you build it. If you get a real, live client, you create a better product in a very cost-effective way."

Mary Juetten was no Luddite when she launched Traklight, a software company that helps individuals and businesses identify and protect intellectual property, but she didn't know everything. "I understood how to lay out what our software would do ... but I didn't know anything about coding software or web development," says Juetten, a CPA and Canadian chartered accountant. 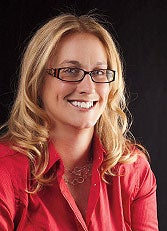 She relied on a co-founder with that expertise, but when that relationship ended, she floundered. "This is where I made my biggest mistake: I looked for the best deal, and I didn't educate myself about different programming languages or bring someone else into the mix."

The team she hired to create Traklight's software told her that it "couldn't" be built in one programming language and "had" to be built in another. "If someone designing my website came up to me and said, 'You should use this color instead of that color,' I'd be asking 17 questions about why," Juetten says. "But I never asked why about this, because it was technology."

The four-month window for software development turned into eight months, then nine more. "With technology, it's all about time to market," she says. "So entrepreneurs who are not technical should educate themselves."

Booth of Blue Oak Energy might like a do-over on pricing that multistate order, but he's also sorry about skimping on legal fees in his company's infancy.

"If I could do some of the early stuff over, it would have been to pay a few thousand dollars to have an attorney write up a proper contract," he says. "I didn't have the right attorney who really understood my business."

A few early customers simply didn't pay up, so Booth tried to move matters to a collections agency. "I found out that there were some clauses [in the contract] that didn't allow me to collect on attorneys' fees," says Booth, whose company now does nearly $20 million in annual revenue.

Shaw, meanwhile, unknowingly signed a contract that gave her handbag company the trademark to her name, so when investors came in, her name belonged to them. "I can't use my own name in business again," she says. "I wish I had hired an attorney to watch out for me."

Expensive mistake #6: Being cheap about marketing

"People think, everyone else has to market their product or service, but I don't because this is so good," says author Williams. The related myth is that you can rely on social media to build virality and attract customers for free. "Social media is not free," he says. "To do it properly takes unbelievable amounts of time, and it'll typically take six months to a year before you've got even slight momentum--it's not fast."

If you're not sure how much money to budget for marketing, Williams suggests aiming for 10 to 20 percent of your targeted gross revenue. "As you become a more established business, that drops to 5 percent to 10 percent of gross revenue, and for the largest businesses it's typically 5 percent or a bit less," he says.

After launching Traklight, Juetten found that her website wasn't indexed properly for search engines. "No one was finding us," she recalls. So she decided to invest in an inbound marketing program. "That initial payment is scary for a small company, but we don't have to pay developers to make changes to our site, and they do e-mail marketing and CRM," she explains. So far it's working: In April 2013 the Traklight site recorded just 100 visits per month; by the end of the year it was getting 2,800.

How much does Juetten estimate she lost early on between the missteps in software development and inbound marketing? "As far as dollars thrown away--actual checks written for useless things--that would be in the tens of thousands," she admits. "As far as lost time [and] products not developed on time, it's in the hundreds of thousands. We would be much further ahead now."

In the end, the best way to avoid costly mistakes is obvious: Save and spend wisely. "Keep spending really, really tight," Williams advises. "Leverage everything you can and give yourself as long a runway as possible. You're going to need it."