Lina and Daniel are the entrepreneurs who help you light your grill with their product.
Next Article

María Arcia
October 15, 2020 10 min read
This article was translated from our Spanish edition using AI technologies. Errors may exist due to this process.
Opinions expressed by Entrepreneur contributors are their own.

A business that did not work, despair and a roasted carnita were the ingredients that did not let the entrepreneurial flame of Daniel Aguirre, originally from Torreón, Coahuila, go out.

The 38-year-old wanted to sell sawdust and all the waste that is obtained when making furniture and that is used for other areas in different industries, but the material did not have the characteristics that he was promised.

"I had approximately 3,500 cubic meters (of sawdust) stored, which are 70 trailers parked there in a warehouse, I despaired, sad, tired and without illusions, I asked myself what am I going to do with so much material?", Says the entrepreneur in interview for Entrepreneur in Spanish.

In those moments, Daniel was invited to a roast beef where he realized how much the person struggled to light the charcoal and he came up with the idea of creating a product that would make this task easier. "Sure, they already exist," he said, "but based on chemicals or on articles of raw materials that are not renewable." 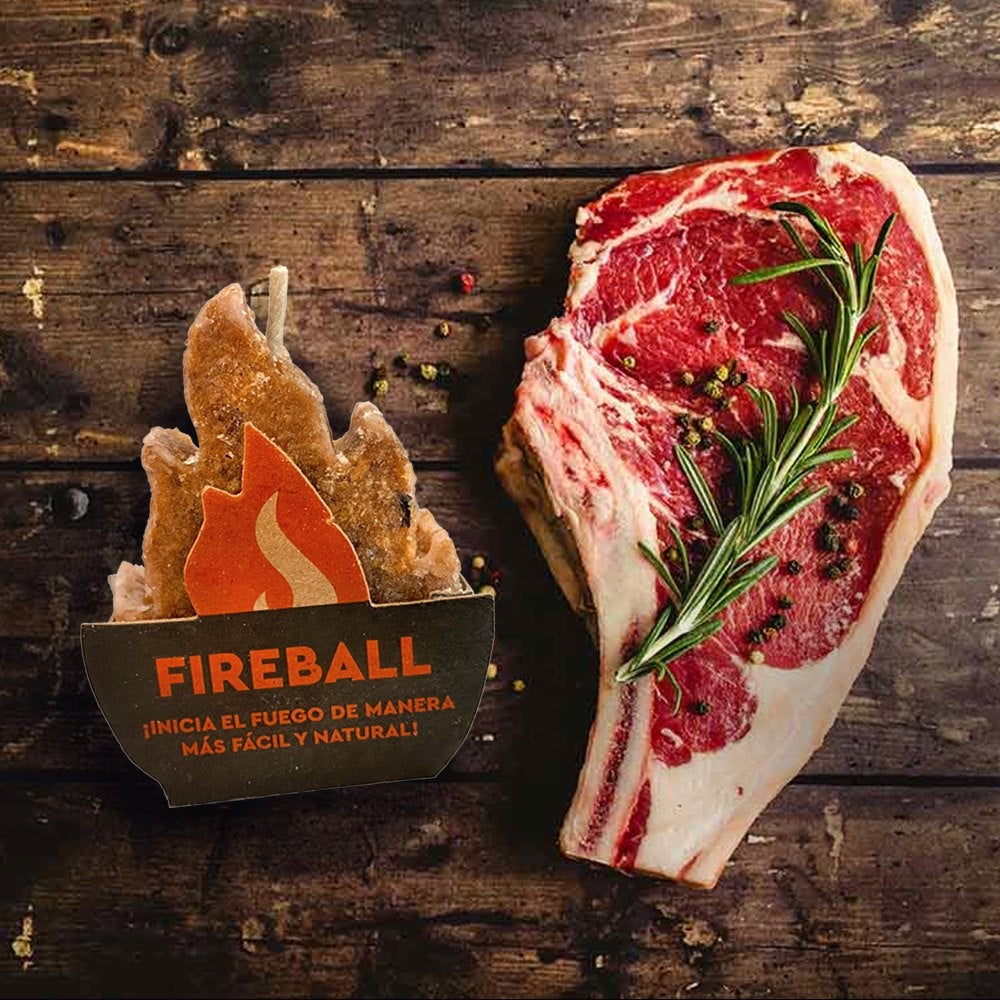 This is how the idea for Fireball came about in 2018. Later, the entrepreneur began to experiment with his own hands and materials, as he and his father have a furniture manufacturing business.

“I started to design it with my own hands, I got burned, why? because the materials are 80% pine wood and the other 20% is natural wax, so everything is recycled material ”, explains the entrepreneur.

According to Daniel, the Comarca Lagunera in Torreón is a basin of furniture factories, and what he and his team collect is material that went to waste.

"Other industries sent it to burn that is already a heavy wear of fuels, so we take that wax that is also called recycled wax that the industry does not use, all the wood, all the waste and we do the whole process and from there Fireball was really born in 2019, because it took us a year to make it efficient, ”he says.

In 2019 Daniel contacted Lina Velázquez, who for 12 years was dedicated to the sale of television advertising in companies such as Televisa and Dish México, started with augmented and virtual reality marketing and currently owns a flower shop of “eternal roses”.

“I invited Lina telling her that she already had a product that worked and that it helped people who don't know how to light the charcoal. For this we did a large study of how many people use charcoal in Mexico and, well, I think the majority, I say, who does not like roasted carnita or the grill? And then I asked him to help me with the whole sales issue, I dedicate myself to producing to make the product more efficient and you dedicate yourself to placing it in butcher shops, supermarkets, convenience stores, online, in all the ways that you can to make a great team, that's really how the topic started formally, ”says Daniel. 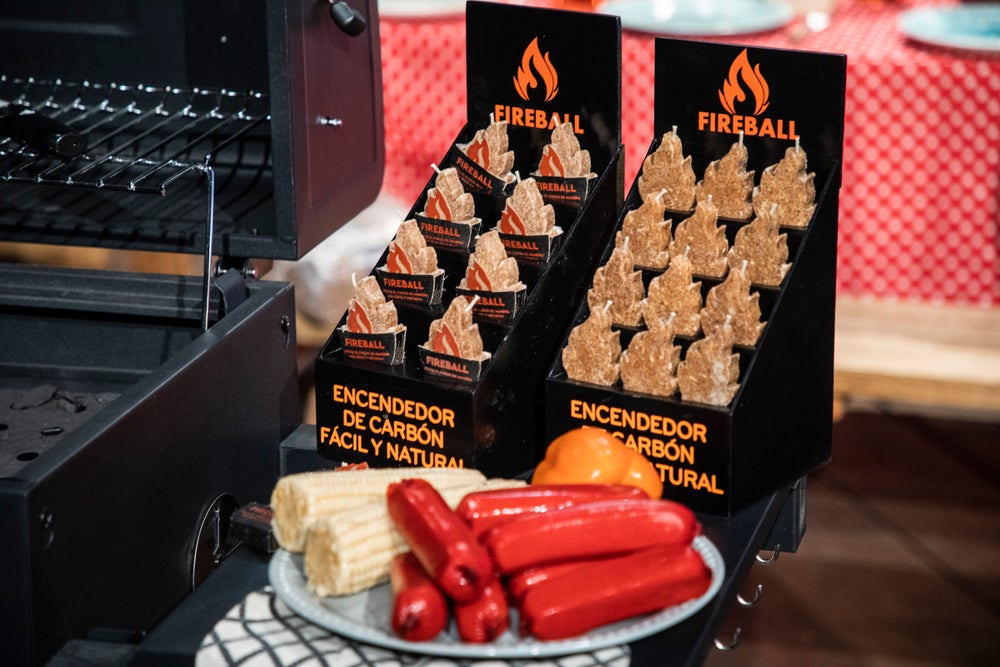 Daniel comments that when they started they had a capital of 10 thousand pesos from a last truck of the material that he sold and it did not work, and he said “well this has to work to produce the flames we need”.

Currently a little over a year after they turned in September, they have sold more than a million pieces. “Right now we are in Amazon , Mercado Libre and we have our own website , the same in any butcher shop, convenience store, we are going to enter Sams , Oxxo , all the supermarket brands that we already have a significant presence in one way or another. We are growing with the idea of entering the United States market, they have already asked us to export it, we are working on it, I believe that by 2021 we will be sending it there ”.

Fireball is a fire starter for charcoal, wood and campfire that is made of recyclable materials, it does not harm the environment, it does not flavor your food and it is not toxic. It weighs 20 grams and can last up to 16 minutes on.

According to Lina, the sales work has been one of the most exhausting things in the undertaking, especially in the context of COVID-19. “With the COVID, everything stopped and it is just being reactivated when they had already told us in March or February that we could enter and we are in November and it has been a truly exhausting process, I think they are already taking us into account because it is being one day yes and one day not insisting ”, explains the entrepreneur.

Lina Velázquez declares herself a fan of Shark Tank, she comments that it is a program that she has always liked "I see the one from the United States, Colombian, Mexican every season." The entrepreneur asked her former boss for a contact and sent an email with her data and company information, however, they never answered her.

“But I'm stubborn, I sent an email again in December, 'hey, what happened? Answer me yes or no but fight me' and in January they mark me and I was having breakfast, in Playa del Carmen and they say 'Lina Velázquez He talked about the Shark Tank program, hey a favor can you send me more information about your product. ' But the information that I sent him in the previous email was all I had, so I send it back and he replies at the mere hour that my product was authorized, ”says Lina.

It was December 16 and the entrepreneurs had to send all the documentation to be in the program before December 23. "And everything was to have a non-criminal record, a contract of 57 sheets, and not just one because there were like four, we wanted to and sent everything ... I did not know anyone, that is, they gave me a contact but I only sent one email, I followed up and that's when they spoke to me ”.

How to grill a shark?

Daniel was surprised “I mean, but how? We started operations on September 15, 2019, it was our first order and on December 16 he told me, hurry up, we are going to enter Shark Tank, ”he says.

According to the entrepreneur, from September to that date they had sold 30 thousand pieces and they reached Shark Tank Mexico which is broadcast every Friday at 10:00 p.m. on Canal Sony , asking for 650 thousand pesos (approximately $ 32,000) for the 10% of the company. 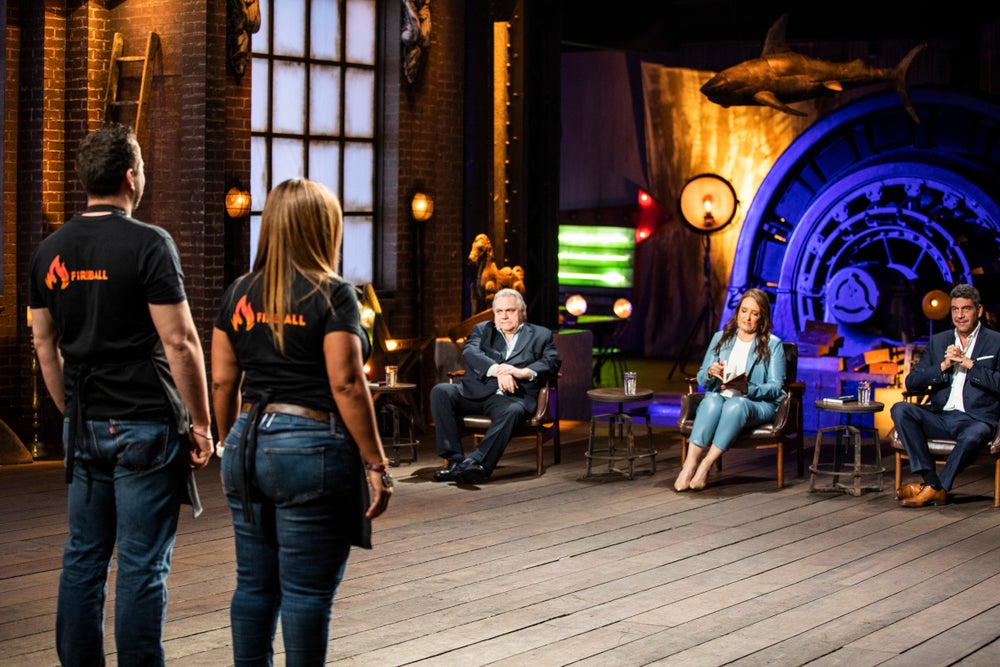 Finally, they closed a deal with Arturo Elías Ayub for the same amount and 20% of the company plus one peso for each flame when they enter the United States market. In this context, entrepreneurs share some tips to convince a shark:

What follows for Fireball is to consolidate the national and international market in the United States and Canada. Likewise, they want to grow in different types of items related to the environment of a grill.

“We are going to grow in different types of articles, we are creating a line of charcoal briquettes, made of pine sawdust, mesquite charcoal, a repellent for mosquitoes, cutting boards, everything that has to be a barbecue environment, articles that we are going to launch for 2021, which will be part of the Fireball family ”, concludes Daniel.