The brothers Alejandro and André Rojas opened "Let's Reason", a digital forum without political affiliation to discuss topics of public interest.
Next Article

Estivaly Calva Tapia
October 28, 2020 5 min read
This article was translated from our Spanish edition using AI technologies. Errors may exist due to this process.
Opinions expressed by Entrepreneur contributors are their own.

They are young, 22 and 20 years old, and they already have a business that looks very professional. It's called Let's Reason . It is a digital forum for civilized debate on issues of public interest in Mexico .

The biggest challenge that the creators of Razonemos face is that many people think that their project belongs to a political party, public figure or power. But they state that this is not the case. This initiative belongs to the brothers Alejandro and André Rojas , who had already wanted to undertake since they were in school.

One day in the presidential elections they began to reflect that many people have the need to debate, but they only do so in their social circle or on social networks. Then they thought: 'There is no digital space where you can express yourself calmly without getting angry and social networks do not fulfill their function, since they are riddled with insults, manipulated information and fake users and bots'.

This is how Reason was born on June 24, 2019, with the slogan 'Citizen participation now within your reach' , with certain guidelines well explained at reasononemos.mx to debate and converse in an orderly and respectful manner. In fifteen months of operation, 1,084 legitimate users have been registered in the forum, that is, verified. To be part of the forum it is necessary to carry out an identity verification process. 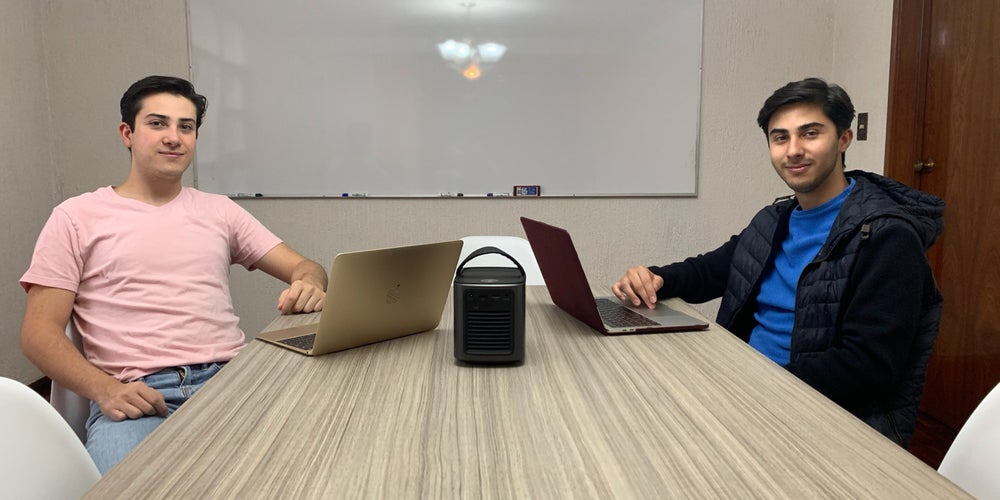 “What we are interested in is avoiding false or repeated accounts, anonymous trolls, bots designed to manipulate public opinion and algorithms that prioritize who pays the most,” explains André Rojas, Razonemos co-founder and design director.

These entrepreneurs clarify that Let us reason from the premise that the political debate must be democratic, serious, respectful and trustworthy. Furthermore, the forum promises to include all sectors of society, from different political tendencies and social backgrounds, as well as to ensure that there is no manipulation of information.

"This online discussion forum can become a political tool for Mexicans, because it produces reasoned and productive debates," says Alejandro Rojas, Razonemos co-founder and CEO.

What this social enterprise seeks is to give a voice to Mexicans. Its goal by the end of 2020 is to reach 1,500 users and in the medium term to 8,000 users. The electoral roll is 90 million people, so the potential of Reasoning is great.

To support the operation and evolution of Reason, they plan to put advertising on the forum, but that it is not invasive and that it does not compromise the privacy of users. They would also like to collaborate with a newspaper to publish the information they generate; as well as allying with companies that seek some common good for Mexico and are sponsors of the month.

A great challenge has been to unify several technological tools to make We Reason a reality.

"That it works really well, fast and that it is within reach of the capital we have," says André.

Let's reason it is not yet an app because they need much more investment. “We don't want to launch anything that leaves the user unsatisfied. We prefer to wait for a businessman to trust us ”, indicates Alejandro.

What moves these entrepreneurs every day is the following: “Believe in your idea and move on, even if you find hundreds of bumps along the way, you should not be discouraged. And not think that what you have is the best that exists, but be open to polishing your project. There are many things to learn and do ”.

The most debated topics

In the forum you gain different levels of hierarchy or trust as you interact more. Any question of public interest can be debated, that is, related to the common good of society. Some topics that users have opened in the forum are the following: Should the sale of cigarettes in pharmacies be allowed? , Is it time to apply the death penalty? , Chemical castration for rapists and pedophiles, what do you think? , among others.

They are also implementing polls to find out the real opinion of Mexicans. Likewise, they will soon launch a section called Debating with ... and they will invite opinion leaders to talk with users.

The personal information that they request during the registration process has the sole function of verifying the identity of users. They ensure that the information is processed and stored with high security standards and that they will never abuse the information or sell it to third parties.

"The verification of users is one of the keys to keep the debate civil and it is our responsibility to give correct use to the personal information of users," concludes Alejandro Rojas.