The mogul did not disclose details about his hiatus from the microblogging social network.

By Entrepreneur en Español February 2, 2021
This article was translated from our Spanish edition using AI technologies. Errors may exist due to this process.

Elon Musk announced Tuesday that he will stop using Twitter for a while.

The founder of Tesla , SpaceX and Hyperloop wrote a message on the microblogging social network that said in English "Off Twitter for a while" without giving more details of his departure. 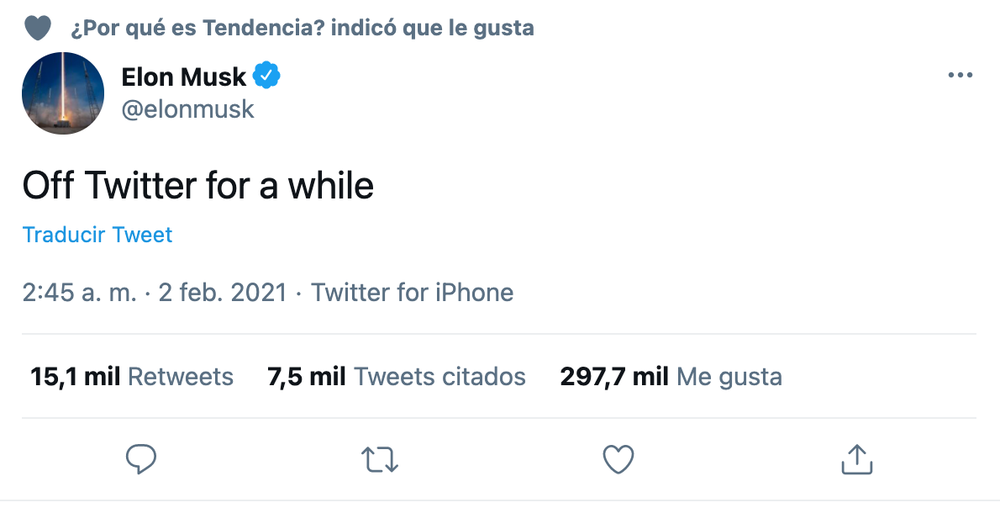 This "break" from Twitter by Musk comes after several of his tweets have fueled the rise of stocks in various stocks. For example, the businessman helped the rise of the game sales company GameStop after sharing the link to a Reddit page where several investors are coordinating to boost the value of the company.

Musk even sparked the rise of the meme-based cryptocurrency Doge Coin with one of his posts and by adding the hashtag #bitcoin to his Twitter bio.