These women were not satisfied with what their work culture offered them and decided to open their own businesses.

By March Violante
This article was translated from our Spanish edition using AI technologies. Errors may exist due to this process. This article was updated on November 19, 2020

Women face a professional limit to access senior management positions known as the “ glass ceiling ”, despite the fact that more and more middle managers are employed and companies realize the benefits that female thinking brings to a business.

Today, 234 women were featured on Forbes ' 2019 Billionaires List, but only 67 made their fortunes on their own. This is because women are less assertive than men and instead of fighting for a specific position, they accept the positions that are given to them.

Women's ability to enter senior management positions varies by culture, as there are many senior-level executives in China, but Latin America still faces a deeply macho culture. In this region and in Africa, there are many women entrepreneurs who lift their families out of poverty with their own businesses and enter the economy to change this trend. Entrepreneurship has become the best tool for women today to run a company.

We enlisted some of the most successful female entrepreneurs of the present and past who made their fortunes on their own and who serve as an excellent source of inspiration for women seeking to launch into the corporate world. 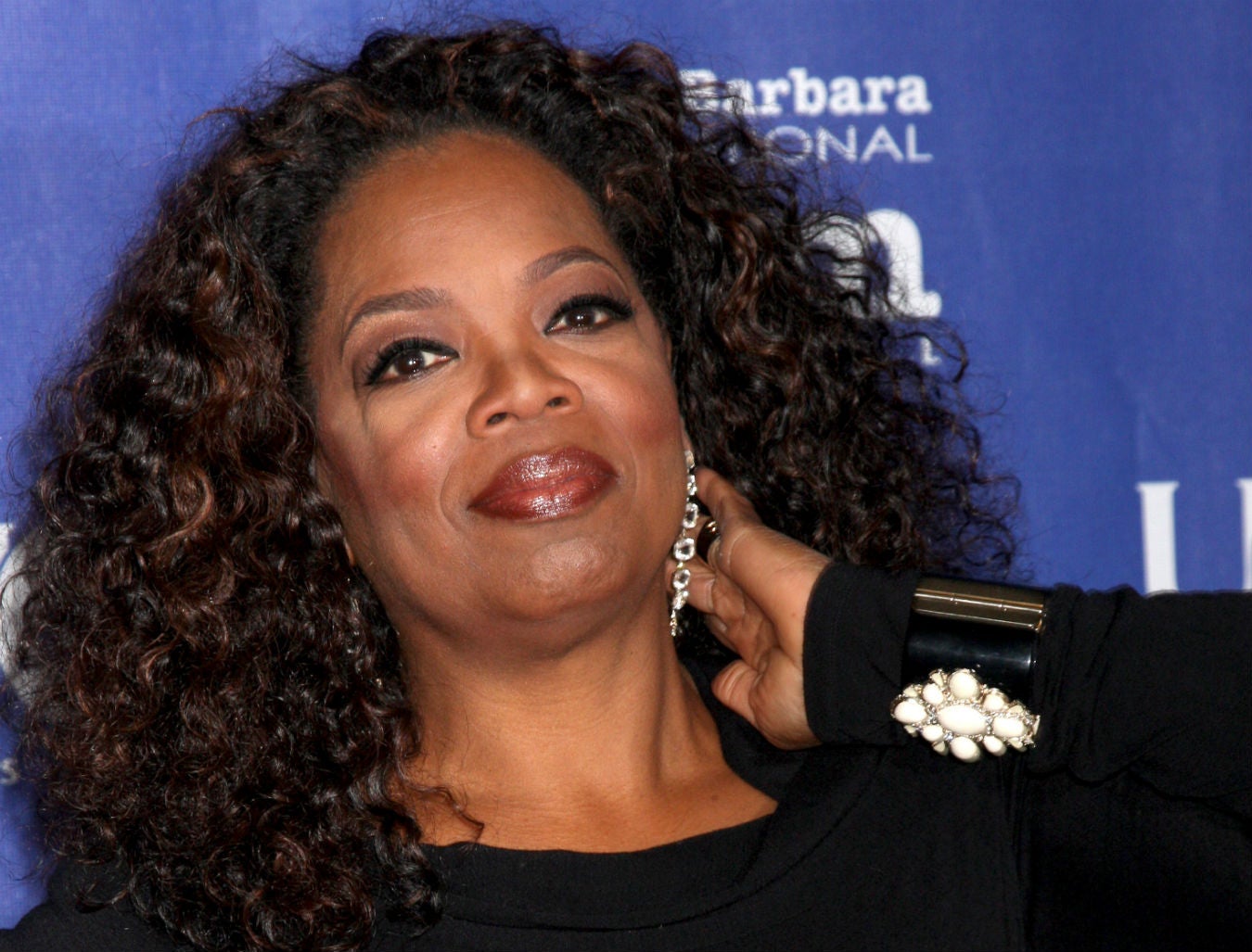 The so-called "Queen of television" has managed to form a media empire that includes a television channel, a production company ( Harpo ) and a series of books and magazines. The talk show host was born in a poor community in Missippi and suffered sexual abuse as a child. Oprah managed to take control of her life to start as a commentator and later as a producer. 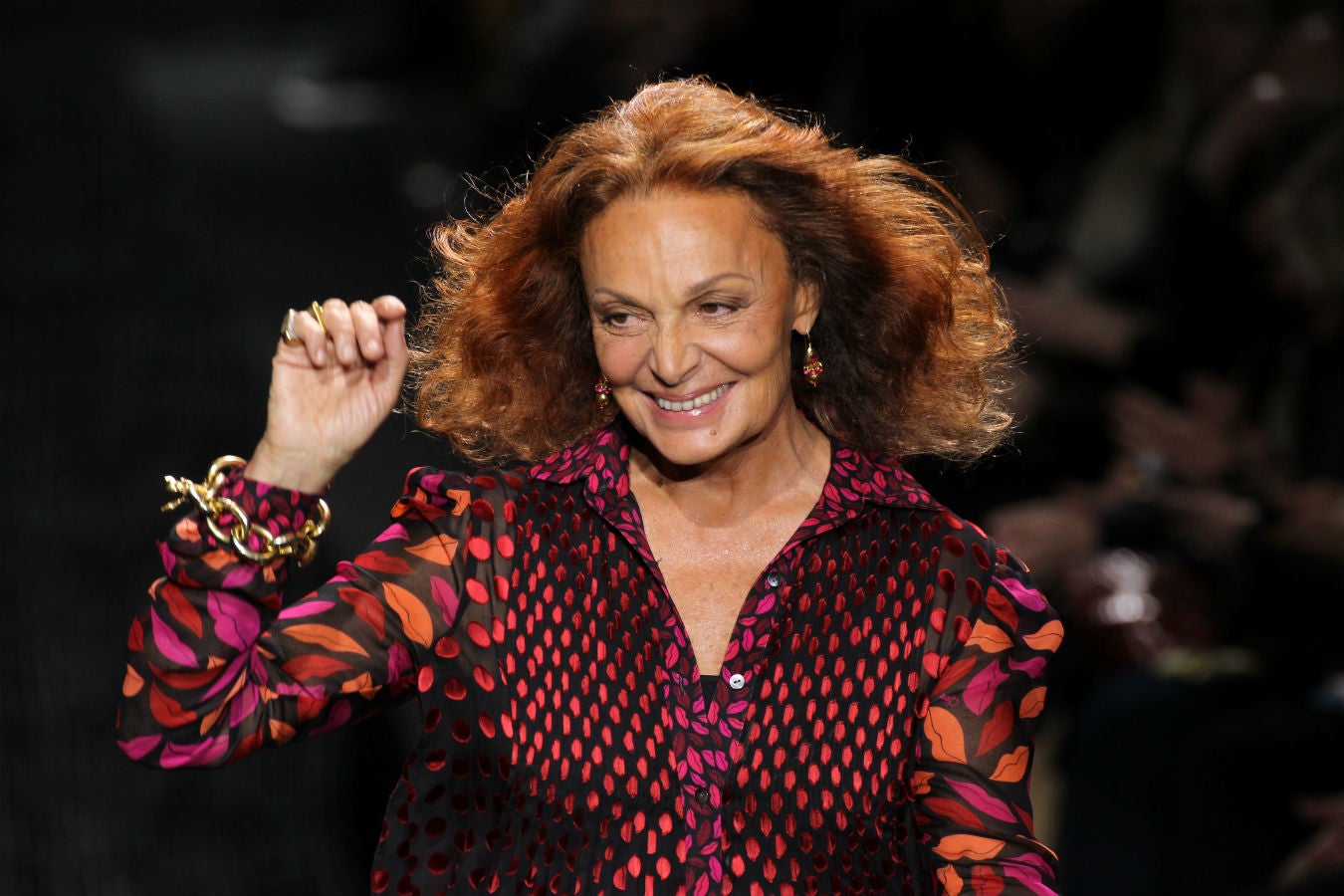 This fashion designer is famous in the industry for fostering the mentoring system in her company and for embracing the dreams of young talents in her company.

Despite being the ex-wife of German prince Egon de Furstenberg, Diane refused to live locked up in a high society life by starting her own company. Her wrap- style dresses are synonymous with empowerment for professional women around the world, which led her to become president of the Council of Fashion Designers of America, member of the board of directors of Vital Voices and one of the main promoters of female entrepreneurship. . 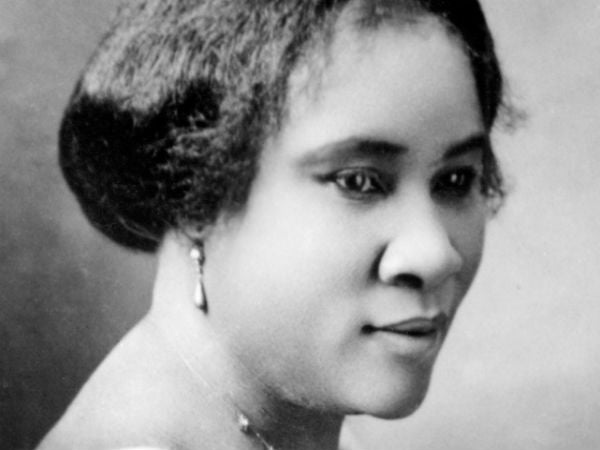 This entrepreneur started as a cotton picker, the daughter of former slaves from Louisiana. Walker, who was an orphan at age six and a mother shortly after age 14, started a line of cosmetics and hair care products for African-American women at a time when segregation was still a reality. With just $ 1.25, she started her door-to-door sales business and became the first millionaire woman made by her own work. 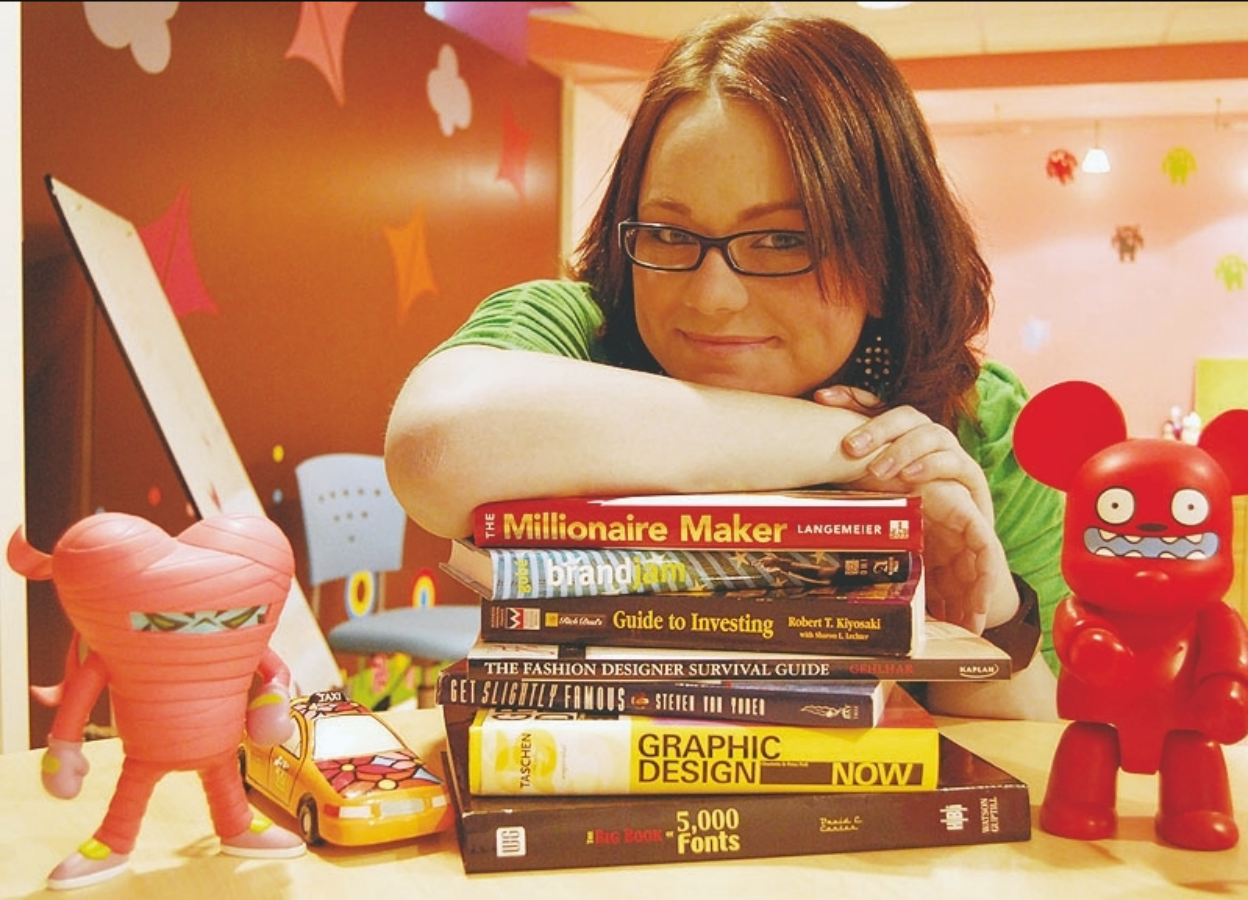 This businesswoman started her path in business at the age of 14 when she opened the Whateverlife.com site where she helped design MySpace pages and taught basic programming and design. Through a loan from his mother, Qualls managed to buy the domain name and have one of the first independent pages to get millions of monthly visits. Today it bills more than 70 thousand dollars a month. 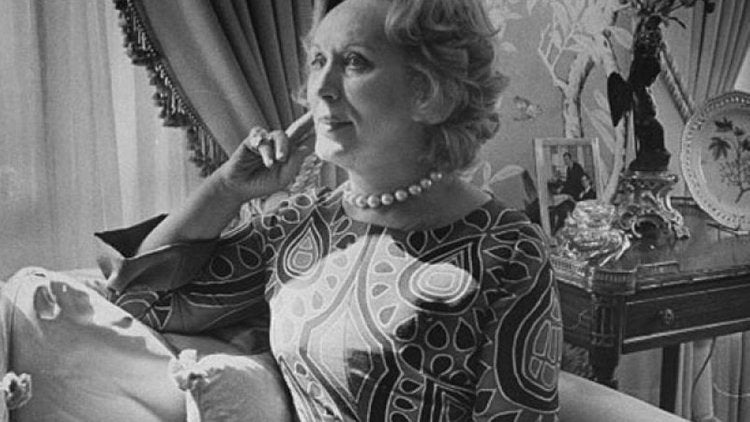 Her name is synonymous with beauty and cosmetology, and she is also one of the most famous businesswomen in the United States. The daughter of immigrant parents, Estée launched a small cream business developed by a chemist uncle. Through sales at hotels and social clubs, Lauder was able to obtain a counter on Saks Fifth Avenue where he ordered free samples.

In 2004, the businesswoman officially achieved billionaire status when the Estée Lauder Companies' stock surpassed the price of $ 95.36 on the New York Stock Exchange. 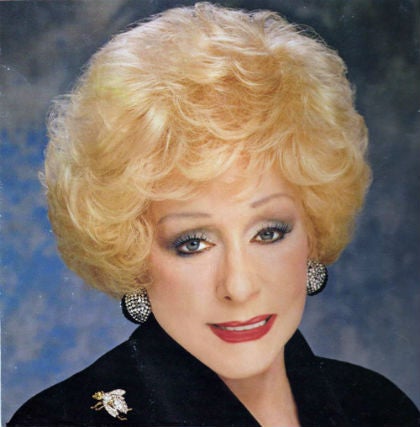 Another success story born of beauty products. Mary Kay Ash is the woman who created Mary Kay Cosmetics , one of the most famous consultant sales businesses on the planet and the Avon firm's main rival. Born in Texas, Ash decided to start her own company when the company she works for refused to give her a promotion just because she is a woman. With $ 5,000 in savings and the help of her son, Mary Kay started a firm that today has more than two million beauty representatives. 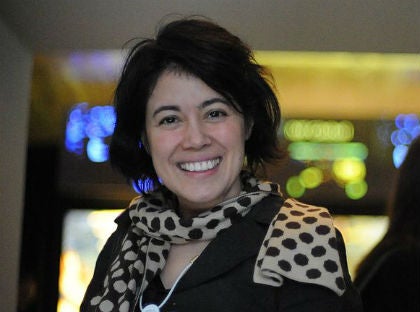 She is the definition of the modern entrepreneur who takes advantage of new technologies to achieve success. Fake is the co-founder of Hunch and Flikr and has invested in thousands of sites including Etsy, Maya's Mom, and Daily Booth. Fake, who is also a member of the Creative Commons board of directors, is considered one of the best examples of entrepreneurship in the digital age. 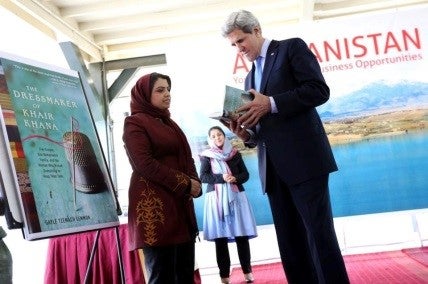 This Afghan businesswoman dared to start a business in a country where overall opportunities for women are scarce. Sidiqi has faced death threats and social rejection to help other women in her town start businesses. After his father and brother left their family to join the Taliban, Sidiqi started a sewing business to feed his younger siblings. Together with the members of his family he embarked on dangerous expeditions to obtain the raw material for his seams. Her company is a benchmark in Middle Eastern fashion and runs an angel network to support other female entrepreneurs in her area.

This woman may be one of the human beings with the best sense of timing. When a clothing store near his home was about to close, Henderson-Townsend took the risk of buying the entire inventory of mannequins and then starting a part-time business. Today his firm Mannequin Madness sells, rents, recycles, repairs and writes everything related to these resin figurines. In addition, the company's strong green policy and social responsibility have made Judi one of the biggest names in the new business conscience. 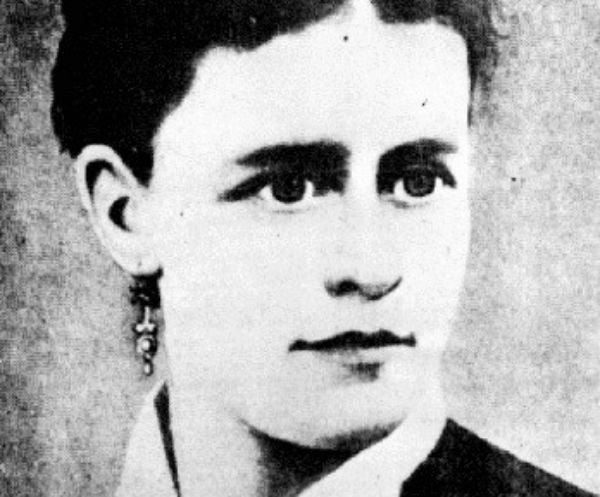 This adventurer could have come out of the Wild West comics.

Nicknamed the "Angel of the Tombstone," Cashman traveled from Boston to San Francisco to work as a cook in the mining camps. This Irish-born businesswoman saved up to open her own boarding house in Nevada and then traveled throughout the American Union to open restaurants and inns while supporting the Salvation Army and various church charities across the country. 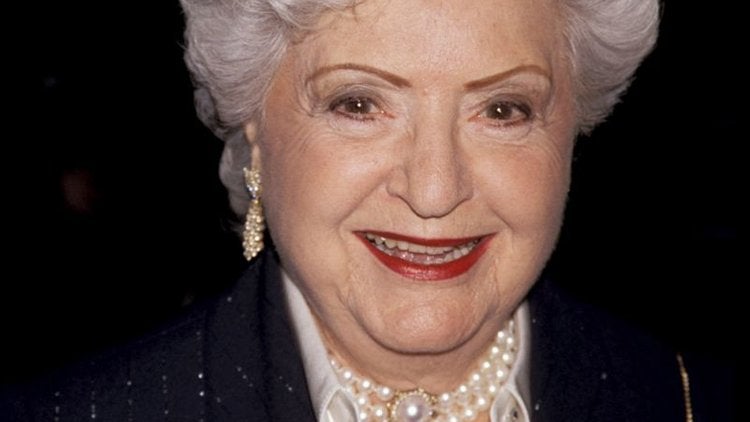 She co-founded, along with her husband, Elliot, the toy giant Mattel. The businesswoman was the inventor of the iconic Barbie doll, named after her daughter Barbara. Handler didn't just have an impact on popular culture. After leaving Mattel in the 1970s, the breast cancer survivor launched a line of prosthetics for women who, like her, had undergone a mastectomy. 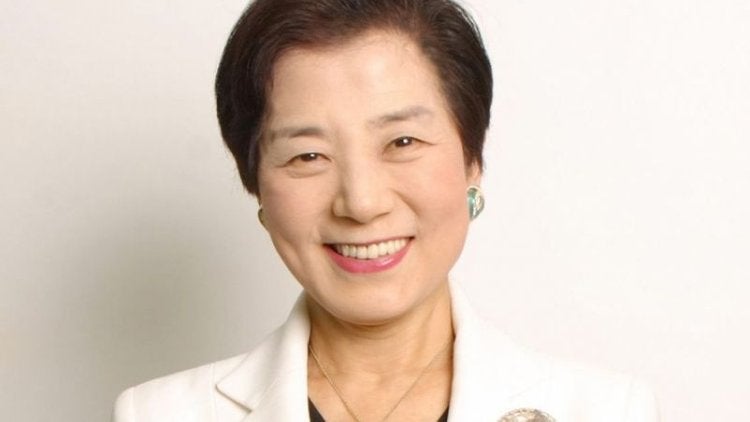 The 82-year-old executive is Japan's first self-made billionaire. After their divorce in the early 1970s, Shinohara launched the temp agency Tempstaff out of her department. Today, the business employs nearly 5,000 people worldwide and brings in nearly 3 billion sales in annual sales. 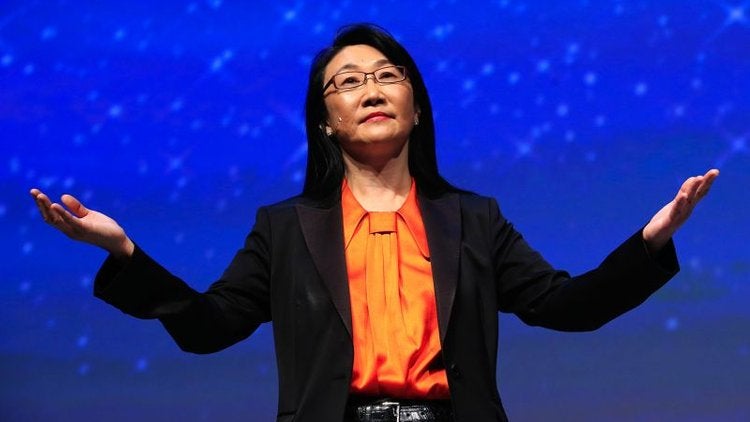 Wang is a co-founder of Taiwan-based electronics company HTC, a maker of smartphones and virtual reality technology. Before changing course and studying economics at UC Berkeley, Wang wanted to be a concert piano player. She is also a philanthropist. In 2011, he donated money to help launch Guizhou Forerunner College to provide free and low-cost higher education for low-income families in southwest China. 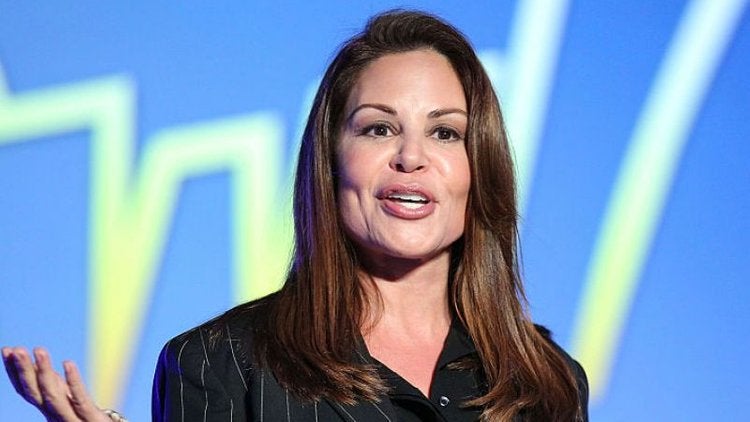 Galán was the first Latina president of a US television network when Telemundo arrived. She is the author, producer, and founder of The Adelante Movement, a non-profit organization dedicated to empowering Latina entrepreneurs.

What teaching have these enterprising women taught you?

With information from Nina Zipkin.