Zoom fatigue exists, and here are 4 ways to transform it

The overexposure to screens simultaneously, such as the computer, the cell phone, a television, a tablet, plus the succession of voice calls and deadlines that mark the top line of delivery dates, subject employees to an exhausting effort .

By Daniel Colombo April 6, 2021
This article was translated from our Spanish edition using AI technologies. Errors may exist due to this process. Opinions expressed by Entrepreneur contributors are their own.

Since we started to implement telecommuting practically every day we are exposed to video calls that, at the end of the day, can leave us exhausted.

The overexposure to screens simultaneously, such as the computer, the cell phone, a television, a tablet, plus the succession of voice calls and deadlines that mark the top line of delivery dates, subject employees to an exhausting effort .

It is not just about Zoom , but about any other tool in common use today, such as Meet , Teams, Webex, Skype , which could offer more user-friendly and adaptable options for consumer use.

A team of researchers from Stanford University , led by communication professor Jeremy Bailenson, director of the Virtual Human Interaction Laboratory, stopped to investigate the psychological consequences of spending several hours in front of the most popular video calling platforms.

The first thing he affirms is that "just as the phrase 'search in Google' was transformed into a generic action referring to obtaining information, 'zooming in' is its equivalent in videoconferencing".

It was in 2020 as a result of the covid-19 pandemic that the use of platforms soared. The ones that grew the most, in a resounding way, were Zoom and Microsoft's Teams. By then, this company announced that 44 million users generated more than 900 million minutes of virtual meetings each day in a specific week. Zoom currently has more than 500 thousand active users, many of them in paid versions of different scales. The company grew + 325% in 2020, and continues to grow. 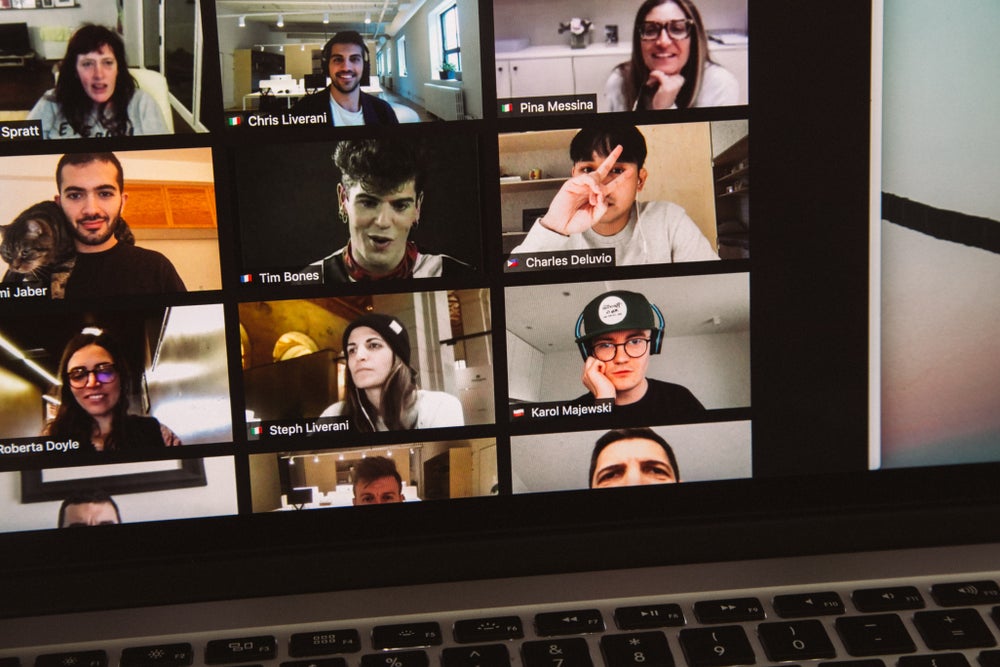 Based on the Stanford study, there are at least four consequences of video calling that lead to fatigue from continued use:

To be constantly looking at a screen, where people are moving, and, at the same time, focusing on details, expressions, the quality of communication and the tasks themselves, is usually exhausting. And you do all of that at the same time! In a video call, each one is looking at all the people, and in turn, they are looking at you, in case you have the camera turned on.

This is especially stressful for people with a fear of public exposure, such as those who are afraid to speak in front of other people.

Also the size of the faces can cause discomfort: there are faces in the foreground, and others further away; some with more light and others almost in semi-darkness. If you are in one-to-one conversations, what the platform simulates is a size that would like to assimilate as if they were face to face. What happens here - says Bailenson - is that the brain interprets this as an intense situation, and generates hyper arousal.

Tools: Reduce the dimension of the faces, for example, placing the "panel view" function where both squares will be balanced, or in a group they will all be fairly equal and aligned. If the “speaker” view function is set, the speaker appears large, and everyone else appears small. Also, lowering the audio volume helps to calm you down: it is not necessary to be with the sound at full blast, especially if you use headphones. If the other person, or you, are not well framed, you can request that they modify the angle slightly, so they can see each other in a similar way and keep pace - go to the compass - even if it is virtually. Remember that smiling and showing empathy, making gestures to reaffirm concepts and show closeness beyond being in virtual form, are highly recommended aspects to cross that invisible wall that distances them.

2. Seeing you all the time exhausts you

In video calls there is a box where you are always in view; "This is unnatural," says the researcher, "because nobody walks through life with someone who follows you with a mirror where you see yourself permanently. There are several studies that claim that when you see a reflection of yourself, you become more critical of yourself. " That is why it is exhausting to be watching each other on screen all the time, every day.

Tools : until the platforms implement the automatic function of hiding only you while you are in a video call, you can do it manually, since many have the option of hiding their own view -generally by right-clicking on your own photo-. Incidentally, you resist the temptation to look at yourself on that monitor while you participate. Also, at certain times where it is feasible, turning off the camera is an option, letting others know that you are present, albeit without video; It is fair to admit that this practice is not very well seen in most cases, but it is common when you attend talks or conferences.

Another consequence of "Zoom fatigue" is that you need to be present all the time in front of the screen. Cameras offer a set framing space, and you will generally be sitting in front of the camera. In other contexts, for example, a phone call, you walk, you move, you gesture, that is, your body expresses itself.

Tools : if you are the one who exhibits, you can do it standing up, with a plane quite close to the camera at the level of your eyes, so that they can see you well, and, at the same time, you can move within the frame and gesture. If you attend a meeting, you can also do it standing up, or taking a seat on a high stool, which is not the same as being rigid in a chair. Remember also to take breaks every 45 minutes: at least 15 dedicated to moving, distracting yourself and changing spaces to regain energy and change the air.

Stanford research has also focused on the difference between a face-to-face conversation, where we have a non-verbal record of what the other expresses with their gestures, versus video chats, as Professor Bailenson calls them. There is an extra cognitive effort in front of the screen. For example, to express that you agree, you exaggerate the affirmative gesture with your head, or raise your thumb very visibly, and even respond with the virtual reaction buttons on the platforms. "This adds cognitive loads and it takes a lot of mental effort to communicate," he says.

Tools : in long meetings, take breaks being present only with the audio function and move from the place, while you continue listening. Doing stretches, neck rotations, breathing exercises, taking notes on paper, making outlines of what is being explained, and drawing scribbles - not on another screen next to the video call, but on paper, something physical - these are shapes to have more body availability and not stay stagnant.

5 questions to measure virtual fatigue in your company

To create better guidelines for video calling, a study - yet to be completed at the time of this article, March 2021 - is underway on how to measure interpersonal technology fatigue and its causes. To participate in the complete study of the ZEF Scale you can enter here .

In the meantime, these questions can help your company and team assess how exhausted they are, and take steps to correct: