Sometimes a life already resolved does not have the effect that one hopes and looks for alternatives.
Next Article

Mariel Otero del Río
May 24, 2021 8 min read
This article was translated from our Spanish edition using AI technologies. Errors may exist due to this process.
Opinions expressed by Entrepreneur contributors are their own.

How does a person become an entrepreneur? In traditional education they teach us that you have to study (economically speaking) or simply to have the so-called “success”. Andrés Quintanilla succeeded, but decided to take another course: be an entrepreneur.

Andrés is Mexican, however, he studied in the United States at the University of Texas, then at the University of Michigan he studied Financial Engineering and before graduating he seemed to have had his life resolved . He began his career in the financial world with two internships at one of the largest banks in the world: Goldman Sachs .

There he confirmed his taste and passion for finance and gradually escalated. The bank in 2012 gave him a full-time offer in Switzerland, to work in the private banking department that covered Latin America, then London and finally New York.

After nearly seven years in a “safe” position, he made the decision to resign and pursue his full-time endeavor. “Through the years at Goldman, as I look back, my decisions were based on wanting to learn about the different areas. But, I really didn't feel comfortable or that that was for me. It didn't fill me 100%, ”says Andrés Quintanilla in an exclusive interview for Entrepreneur en Español .

“In those last years, I felt that the entrepreneurial world was more for me. I was getting tired of the bureaucracy, the processes, it was very predictable what would happen if I stayed. My life was already very programmed ”.

Before saying goodbye to the bank that saw him grow up, Andrés had to return to Mexico and worked for a few months with his family and friends. It was at that moment that he came face to face with banking differences that are very different from one country to another. “I realized that there was a lot lacking in the quality of the financial products and services that were available. Especially for the working class; They do not have access to low-cost products and the ugly agiotism that exists in the country ”.

Agiotismo is when excessive interest is charged on the loans granted , which "is a normalized practice in Mexico and causes a lot of damage to the portfolios of citizens", in the words of the entrepreneur.

“In the country there is a deeply rooted credit culture. People are used to consuming credits everywhere because they are available in department stores, for payroll, commitment, among others ”, comments Andrés. There he saw an important opportunity and became aware that he had been preparing for years to start the journey.

With experience, Quintanilla identified the relevant differences between a foreign bank and a Mexican bank. For him, exclusivity and technology are what mark the dividing line . “The highest quality financial products are only offered to a very small part of the population. For example, SMEs, they access outside of traditional banking because banks do not lend to companies that are not more than two years old, among other requirements. The same happens with natural persons, there are many procedures and requirements to access a loan ”.

“Mexican banks have not used technology or expanded to reach other sectors of the population that are not banked, which is very different in other countries. The creation of innovative products and services that are easy to use and without discriminating against anyone is lacking ”, he explains.

The now CEO tells how it was the process of bringing Mexico a more liquid, transparent and accessible alternative, thus they reached the industry where they belong: Salary on Demand . “We are pioneers in bringing it to the country, but it already existed in the United States and in Europe. If it was operating abroad, why not in Mexico? "

The process of undertaking

After doing a market study, talking with companies and users, they verified what the statistics already said: many Mexicans live from day to day and when there is a time of hardship due to an emergency, they resort to credits. “That shouldn't happen. In a need of a thousand pesos, for example, you should not go into debt with five thousand, because it is a solvency problem. 'I still earn the thousand pesos, I just don't have them in the bag right now.' And that is something that the financial industry has taken advantage of a lot from people ”, the entrepreneur points out. So Andrés started with a pilot application and some companies to test how it would work while he was still working at Goldman. 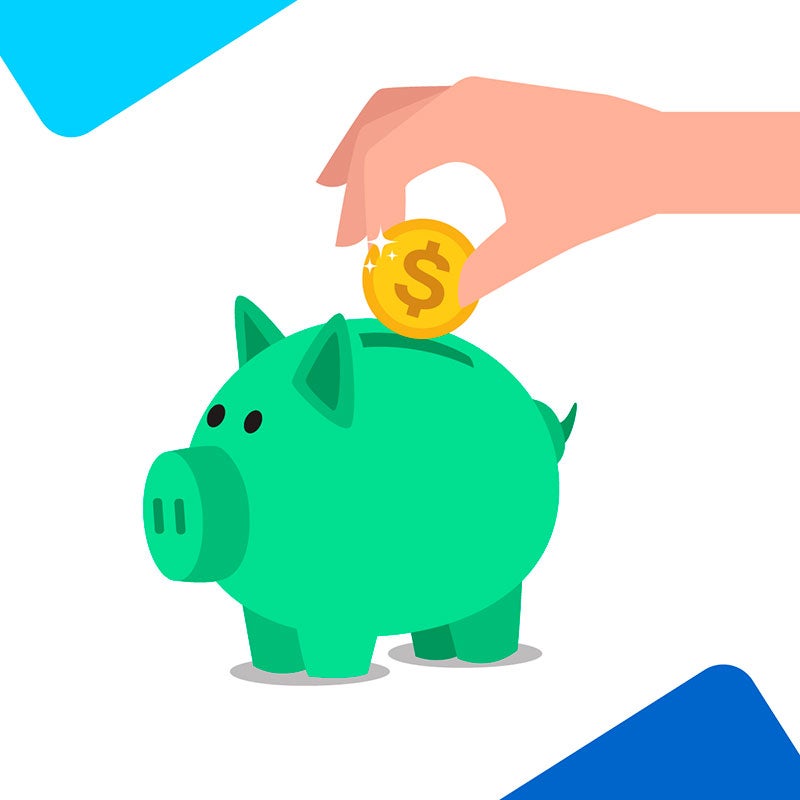 It is a platform that lets you monitor your salary and be able to collect on a different frequency than what your company pays you. “For example, if you are paid biweekly but you want your money weekly because you have expenses. So Amount gives you the flexibility to collect what you've already earned ”.

Although it must be clarified that there is a great difference between payroll advance and what Andrés's company does. He sees it this way, “a payroll advance becomes a credit. They are giving you money that you have not earned. The differentiator is that Amount gives you the cash that you already worked. We simply change the frequency in which you charge it ”.

The business model is similar to how an ATM works, when withdrawing a fixed withdrawal fee is charged. There is no charge for downloading the application or companies for having this program.

At this time the company has more than 40 affiliated companies in 8 states of the republic. Amount that is relatively young, began operations on October 1, 2019 and the CEO and founder, Andrés Quintanilla, seeks to be an ally of other organizations offering a comprehensive solution of benefits with different products and services to workers. In addition, it seeks to expand outside of Mexico.

After starting the project alone, Andrés looked for a co-founder, Karina Derbez, who has just recently joined the company. She has 8 years of experience in the technological field. This as part of the expansion and a round of investment lifting to make the firm more robust. 2020 is positioned as a year of growth and even hiring for a project that began by searching for a passion.

"For me, the best financial advice I can give people is not to go into debt when it is not necessary, but to look for alternative products and services," concludes Andrés Quintanilla.