The companies in Mexico with the most vacancies in programming

Large companies that operate in Mexico have an expectation of growth in vacancies for Programmers in Artificial Intelligence of 100 to 200% for the next 12 months.
Next Article

Hugo Cen
home
July 15, 2021 6 min read
This article was translated from our Spanish edition using AI technologies. Errors may exist due to this process.
Opinions expressed by Entrepreneur contributors are their own.

Thinking about programming and incorporating new talents into work teams to exploit software development has become a trend within companies in Mexico.

Faced with an increasingly digitized industry, in which brands are forced to optimize new processes, improve competitiveness and offer added value to customers, the role of programmers has taken on an unprecedented role , which is why they have become one of the most requested profiles in the current job market.

And it is that this group of professionals is the one that brings innovation and injects enormous potential into corporations so that they continue to grow and generate new business opportunities. In other words, it is the one that guarantees a successful business strategy .

Today most of the business sector in the country already recognizes the value that the community of programmers brings to their development teams , which is why they are increasingly interested in recruiting this type of talent.

Based on a survey conducted with different companies in Mexico, among which stand out: Pepsico , Badak , Microsotf México , Vision Group , ScreenIT , HPE , Konfío , Nowports , Beek , NDS Cognitive Labs , OpenPyme , GNP , Grupo Salinas and Ammper , an exponential growth in the number of programming vacancies for Mexican developers is observed.

Considering some of the shared figures, the companies with the highest demand for programmers in the country currently are: Badak (200 current vacancies), Grupo Salinas (400 vacancies), Microsoft (152 vacancies), Vision Group (125 vacancies) and GNP (80 vacancies) . It should be noted that 100% of the organizations consulted are in search of talent for the programming area . 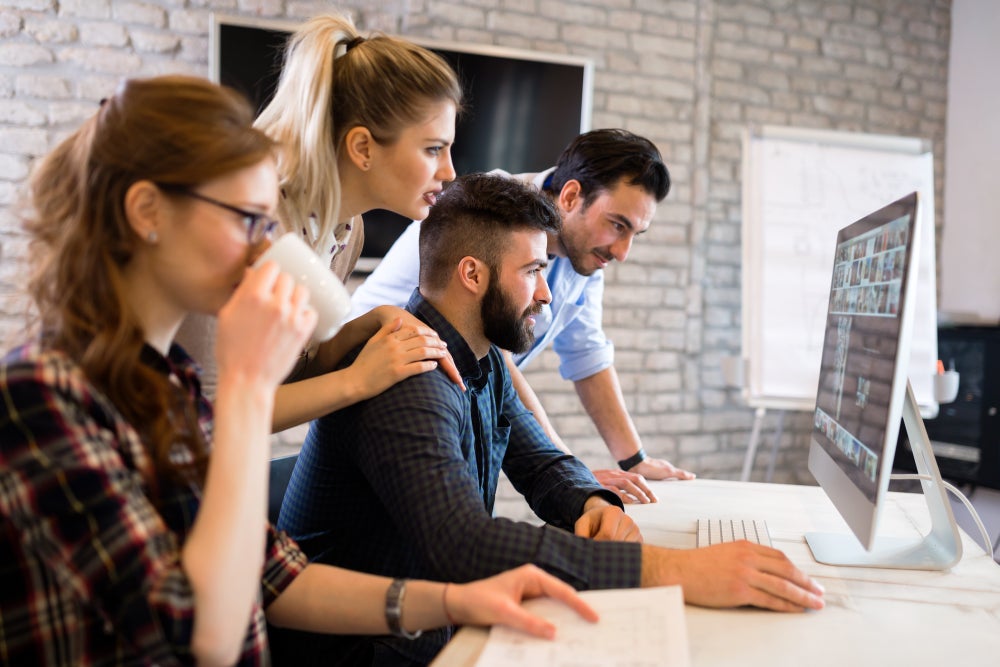 Today most of the business sector in the country already recognizes the value that the community of programmers brings to their development teams / Image: Depositphotos.com

"One of the trends that has become more relevant is Artificial Intelligence. Today it is possible to see how, through this technology, companies are innovating in their production processes and operations, which is why a significant increase is being perceived in the demand for AI knowledge among technology professionals. Microsoft currently has 27 vacancies and, without a doubt, this and the Data Science and Programming roles, being jobs of the future, are constantly growing. "

Indeed, Artificial Intelligence turns out to be an excellent ally for companies . So when asked what is the growth expectation in AI programmer vacancies that they expect for the next 12 months, they all indicate that they have a growth projection of 100% to 200% . A forecast that shows a bright and promising future for Mexican talent specialized in this field of computing.

Faced with this digital boom , it is important to understand that technology is not created by magic, that is why having a qualified and dynamic team is essential for companies to innovate.

So does Agustín Cruz Lozano , General Director of OpenPyme , who maintains that “ technological projects have less and less to do with technology and more with people and processes. "

Regarding the medium they use to publish job offers, most companies state that they make them known through LinkedIn , through agencies, job search pages such as OCC and CompuTrabajo , and from their own websites.

Also, brands such as NDS Cognitive Labs , OpenPyme and HPE have professional internship programs in conjunction with National Universities with the possibility of hiring in the future. Similarly, Microsoft has a program for young talents called Students and Graduates at Microsoft , while Pepsico offers Degreed .

And it is that in the country there are great and talented programmers and, as Gustavo Parés Arce , CEO of NDS Cognitive Labs expresses, “in front of us we have a unique opportunity to export specialized services, driven by young people to the United States, Europe and the world. " In other words, Mexico is a hotbed of programmer talent for tech startups.

In conclusion, we can see that all the large companies in Mexico are already looking for programming talent to successfully migrate their business model to the current technology industry .

As a programmer, the best thing is that you continue training yourself to have the necessary knowledge and develop the skills required by emerging technologies, and thus be able to aspire to the technological and programming positions offered by the different companies that operate in the national territory.

United States Visas: How to Work as a Mexican Programmer in Silicon Valley