Goodbye to Acapulco, Cancun and Cabo San Lucas: NASA warns that this is how Mexican beaches will sink

If we take into account the melting of the ice at the ends of the globe, the coasts of Guerrero would be submerged 0.44 meters under the sea by 2050.

By Entrepreneur en Español August 12, 2021
This article was translated from our Spanish edition using AI technologies. Errors may exist due to this process.

A new tool from the National Aeronautics and Space Administration ( NASA ) makes it possible to predict how much sea level will rise due to the effects of climate change. The bad news is that the Mexican coastline could be swallowed up by the sea and iconic places like Los Cabos, Acapulco, Manzanillo and the entire Mexican Caribbean would be seriously affected.

Want to know what sea level rise looks like in your community? With a new online visualization tool provided by @NASAClimate & @IPCC_CH , you can look at sea level rise projections anywhere in the world in the decades to come. Check it out: https://t.co/VnNLvZnQAI pic.twitter.com/SPIhGPSJUb

NASA created Sea Level Projection , a platform that allows you to view and download analysis on how sea level will rise from 2020 to 2150, according to statistics and forecasts from the United Nations Intergovernmental Committee on Climate Change (IPCC). All you have to do is click on the location you want to analyze and choose the predictive model to find out the increase in sea level in the next 129 years.

When testing with a conservative scenario for the year 2100 where there is no greater melting of the poles, Entrepreneur en Español found in the tool that the sea level in Acapulco will rise 1.16 meters . On the other hand, if we take into account the melting of the ice at the ends of the globe, the coasts of Guerrero would be submerged 0.44 meters under the sea by 2050 . 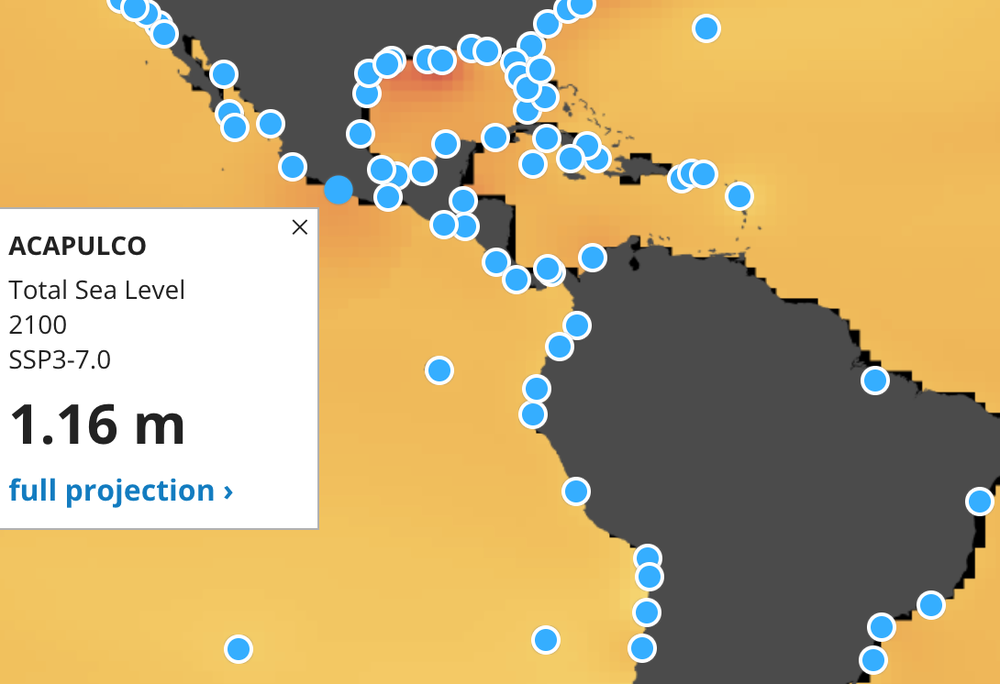 "In addition to providing snapshots of sea level rise over the next several decades, the tool allows users to focus on the effects of the different processes that drive sea level rise. Those processes include the melting of ice sheets and glaciers and the extent to which ocean waters change their circulation patterns or expand as they warm, which can affect the height of the ocean, "says NASA's page.

What about the rest of the Mexican coasts?

By using the same parameter in the Sea Level Projection , the results show the next destination for the main beaches in the country. 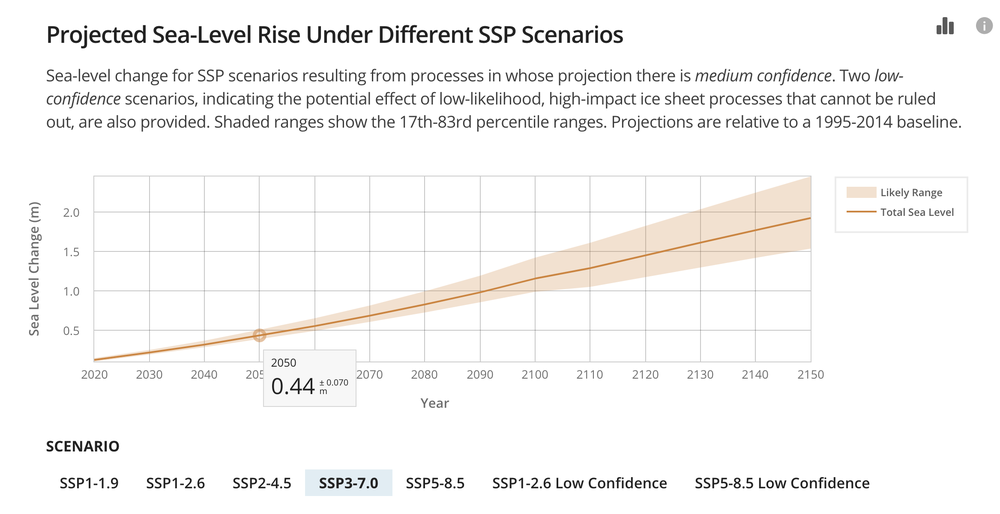 Cabo San Lucas : The sea would rise 0.67 meters by the turn of the century in the resort at the southern tip of the Baja California peninsula.

Mazatlán : This famous destination in Sinaloa would submerge 0.74 meters in less than 79 years.

Manzanillo : In less than 100 years, the port city of Colima would be 0.91 meters under the sea.

Acapulco : The jewel of the Mexican Pacific in Guerrero would be one of the most affected coasts, since 1.16 meters of coastline would be lost.

Salina Cruz : In less than 80 years this town in the Gulf of Tehuantepec in Oaxaca would submerge 0.81 meters.

Ciudad Madero : The coastal city to the southeast of Tamaulipas would lose 0.93 meters of coastline under the waters.

Alvarado : In this scenario, the sea level would rise on this Veracruz coast to 0.73 meters.

Coatzacoalcos : Climate change would rob this Veracruz town of 0.77 meters of coastline.

Ciudad del Carmen : This municipal head of Campeche would cut 0.90 meters in 80 years.

This NASA tool is not intended to scare people, but to help various levels of government in countries around the world to forecast future scenarios and develop coastal resources accordingly.

Why We Need An Operation Warp Speed For Agriculture