After applying for 300 job offers, Chris Harkin spent about 11 thousand pesos to continue looking for work, but it did not turn out as expected.

By Entrepreneur en Español September 9, 2021
This article was translated from our Spanish edition. Opinions expressed by Entrepreneur contributors are their own.

Desperation for employment can cause us to do things that some might call “crazy”. For young people and adults, finding work has become very difficult, especially since the pandemic. That's the case with 24-year-old Irishman Chris Harkin, who decided to use an unusual technique to get recruiters' attention: He posted his CV on a billboard. 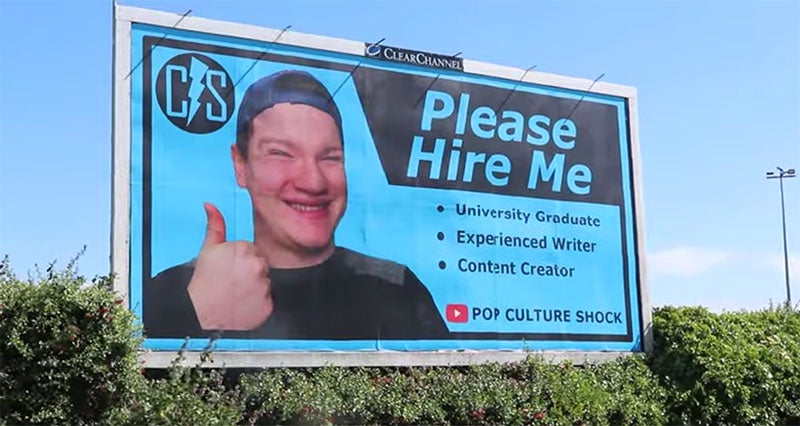 Chris, recounts on his YouTube channel, Pop Culture Shock , that he has been looking for a job since he graduated from university in 2019. He even explained that he applied for up to 300 positions in a week , however, he has not managed to succeed.

"I'm not a homeless ... yet," he expresses with a bit of humor in the video. "I'm desperate. I just want a job, not a very fancy one, just a job, "he continued.

So he saved for months, thanks to donations and subscriptions to his channel, and decided to design a huge CV, put it in a spectacular and offer his services. The young man invested about 400 pounds sterling (11 thousand Mexican pesos approximately) in the advertisement.

“Please hire me. Experience as a writer and creator of content ” , reads the sign that was located on one of the busiest roads in Northern Ireland. But, even though he was installed for two weeks, still no one called him. 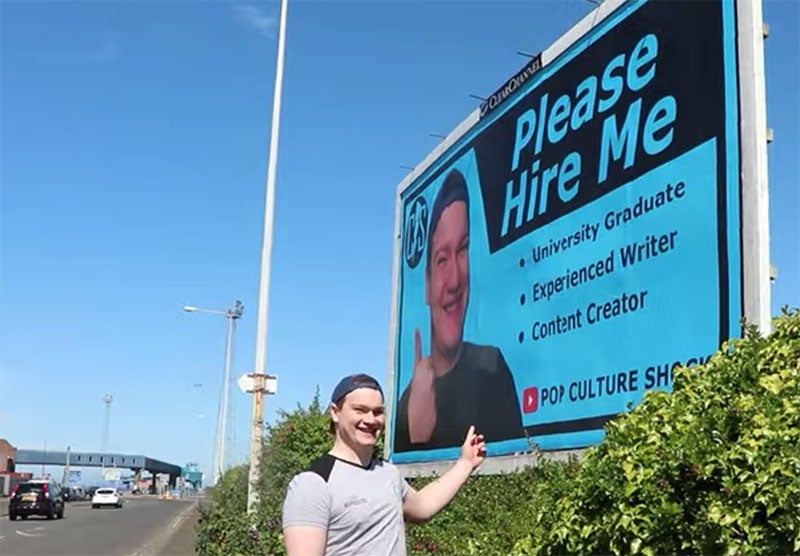 According to the British outlet Metro UK , Chris came up with the idea after his sister mentioned buying billboards for a campaign his company was working on.

“After looking for work for almost two years, I was completely frustrated and decided that I could make a video for my channel by creating a larger version of my CV and explaining in this way how difficult the job market is today, ” stated the young to the same medium.

Chris also said he has mixed feelings about whether or not to recommend other job seekers to do the same as him. "It's expensive, there's a lot of design and paperwork involved, but I was lucky to have people around me who were able to help with this."

“I've received a lot of comments from people who say they saw my show, but so far no one has offered me a job opportunity,” Chris concluded.

In the image, only the name of his YouTube channel appears, without any other contact information. What advice would you give him?