Do you know what a Co-sleeping Crib is? Adriana and Mauricio launched this product in 2015 and have had sales of two million pesos.

By María Arcia September 14, 2021
This article was translated from our Spanish edition. Opinions expressed by Entrepreneur contributors are their own.

What do you do if you want to be closer to your children? Perhaps entrepreneurship would not be an obvious answer. However, for Adriana Méndez it was the solution to this need. The young communicologist who was dedicated to television production and advertising had the idea of developing an article that would allow her to be closer to her newborn and in turn help her financially.

“It has been a wonderful revolution, it was out of necessity, when we found out that we were pregnant… The work days in the advertising and communication area are very long and very strenuous, so my instinct told me: 'I need to be with my baby and sometimes I'm going to have a call, what am I going to do, how am I going to solve it. ' And in this search for new information, proximity, finding new solutions, I began to investigate the benefits of co-sleeping, which was a word that even I did not know ”, says in an interview for Entrepreneur in Spanish , Adriana Méndez, founder of Cunas Co-sleeping.

According to the Federation of Associations of Midwives of Spain (FAME) , co-sleeping is “a practice in which babies or young children sleep with one or both parents, it can be practiced in the same bed, in adjoining beds or a bed and cradle united ”.

“Co-sleeping is being able to have your baby close to you, there are different ways, and a safe way to do it is with a crib, and in Mexico there was no possibility of having a co-sleeping crib when I got pregnant with my baby ... gave based on a search and on solving a need as a mother. To this was also added my need to have my own income and generate my own economic stability so as not to depend on schedules and not have labor conflicts, so to speak, ”explains Adriana.

Adriana spoke with her husband, Mauricio Villa, who decided to support her in her decision to start with Cunas Colecho. “We were called upon a lot to participate in parenting and be with our children, so we made the decision and Adriana told me: you know what? I want to make those cribs because they don't exist in Mexico at the moment, support me, ”says Mauricio.

In this way, Cunas Colecho was born in 2015 with a capital of 50 thousand Mexican pesos. Today the entrepreneurs have distribution throughout the Mexican Republic, a showroom in Mexico City and have achieved sales worth two million pesos.

These baby furniture are multifunctional, as as children grow they can be turned into a desk or a reading bench. “One of the very clear objectives of our product is that it is not just a waste item. Our cradle transforms and evolves according to the stages of development of the family ”, says Adriana. 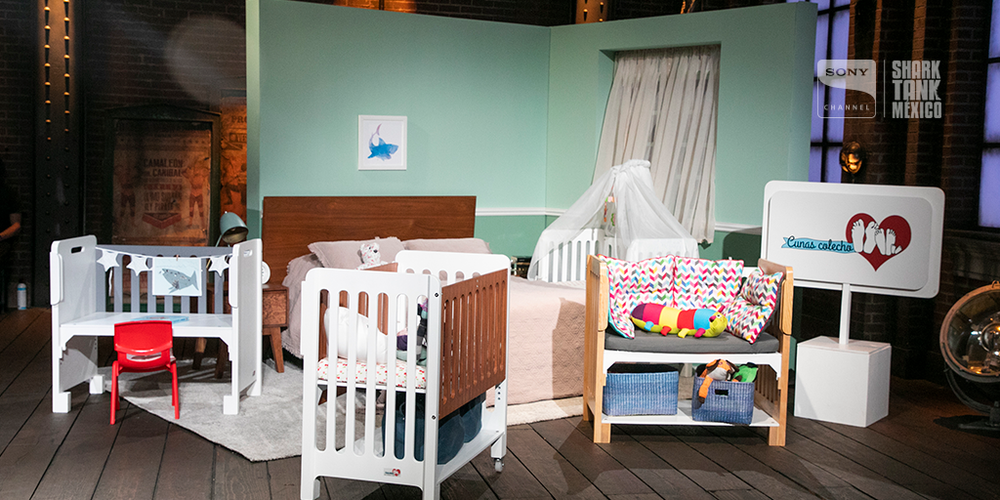 According to the entrepreneurs, their articles are 100% Mexican and their teams are made up of families, which is why they are organized as cells. For example, the design, production, maquila, and distribution cell. This is a strategy they use to take care of the quality of their product.

“We team up with other families. As it is a business between families, it seems to me that it is a much more careful job, it is not so much like a place where there are employed people who detach themselves a little from the responsibility of the quality of the product ”, says Mauricio.

One day Adriana told Mauricio about Shark Tank Mexico , which airs every Friday at 9:30 pm on Canal Sony , they both sat down to watch the program and the entrepreneur told her husband “imagine that we were”, later received a call.

“It was funny… Frankly, I hadn't seen the show before and she had. I sat down to watch it with her and I said 'hey, and if we went to that show, how would we organize ourselves?' We started talking about it and it was very curious because a week later they called us, ”says Mauricio. 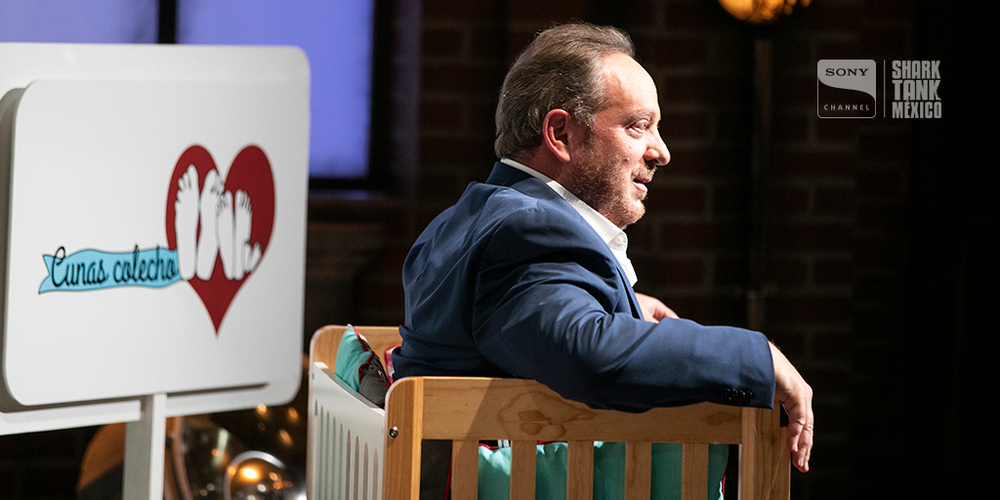 The entrepreneurs came to the tank asking for 500 thousand pesos for 20% of their company. They received adulation from all the sharks, but in the end they managed to catch Arturo Elías Ayub and Rodrigo Herrera . Although Mauricio Hoyos , Deborah Dana , and Marcus Dantus also offered them advice.

Cunas Colecho wants to continue growing and offering a quality product to all moms. They also want to continue employing many more families.

“As a first point, after this stage is that the mothers get to know us and have a decision to buy our product or not. Grow and become more solid. I love the idea that we can share this growth with many families and generate more cells because that is a way of moving the economy and microeconomics, ”explains Adriana.

How to maintain the quality of your product?

In this sense, Mauricio and Adriana share three points with us to take into account to take care of the quality of our product or brand.

“Selling what you are showing is important. For example, the measurements, the color, the size, that is, it is important, transparency is a very key point for this trust network to grow "

This entrepreneur, who participated in Shark Tank México, wants to help you have a healthier life