Sneakers that seek to be the means to express social problems

This entrepreneur partners with artists to reflect their reality and opinion through footwear and thus create art.

By Mariel Otero del Río November 11, 2021
This article was translated from our Spanish edition using AI technologies. Errors may exist due to this process. Opinions expressed by Entrepreneur contributors are their own.

"A brand that transforms shoes into a microphone."

This is how Ariel Bacal, co-founder of Blanx, defines a sneaker brand that seeks to be the means to express social problems.

Nowadays, talking about racism, sexism, the environment, migration, feminism or any other relevant topic can be done through forums, a blog, even a post on social networks, but we know how this type of "debate" ends : full of hatred and without really a foundation that supports the position of the individual.

Blanx, was born from the idea of being able to express a feeling and open up to conversation, a generator of intelligent discussions and conversations with purpose. In an exclusive interview for Entrepreneur en Español , Ariel Bacal explains that “more than a sneakers or fashion company, we are a content distributor, a platform for artists to express themselves. Not only do they share their works, but they say their message through the footwear ” .

Two friends and a couple of beers helped create a brand

This undertaking is the result of the joint work of Alfredo Corttin and Ariel Bacal . Two friends who met while studying their EMBA from Kellogg Northwestern on the University of Miami campus. Both are Latino, Alfredo from Venezuela and Ariel from Colombia, they wanted their second business home to be Mexico.

How do ideas arise? While the Colombian Ariel, comes from a tradition in the shoe business, Alfredo specializes in advertising, however, it was not until they realized the potential of their knowledge during an informal meeting (starring a couple of beers) in the university campus. There it became very clear to them that by putting their knowledge together, Blanx was going to be born. "Storytelling, brand and art". 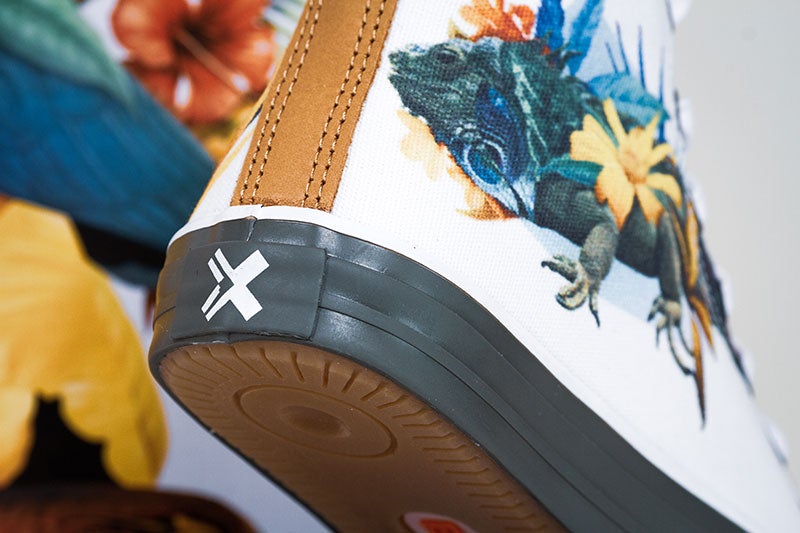 Footwear expresses more than we think

For Ariel it is clear that the shoe has been all her life a means of self-expression. “You can have a white shirt, jeans, and a pair of red shoes, so your main focus is on footwear. That's why we chose it, it's how you communicate best ”.

“As sociologists or anthropologists will say, footwear is a means of self-expression. Since you wear a Louis Vuitton , with those huge heels with red soles, Crocs or Vans , that says a lot about you. "

There is a very fine line that can confuse both companies and consumers, between what is self-expression and a 'pamphlet', as Bacal calls it. “Going out on the street with a shirt that says 'fuck you' is not self-expression, it is a pamphlet. The first is more subtle, it is art. That's what we are looking for. IF we had done it with jeans, it wouldn't make sense. " 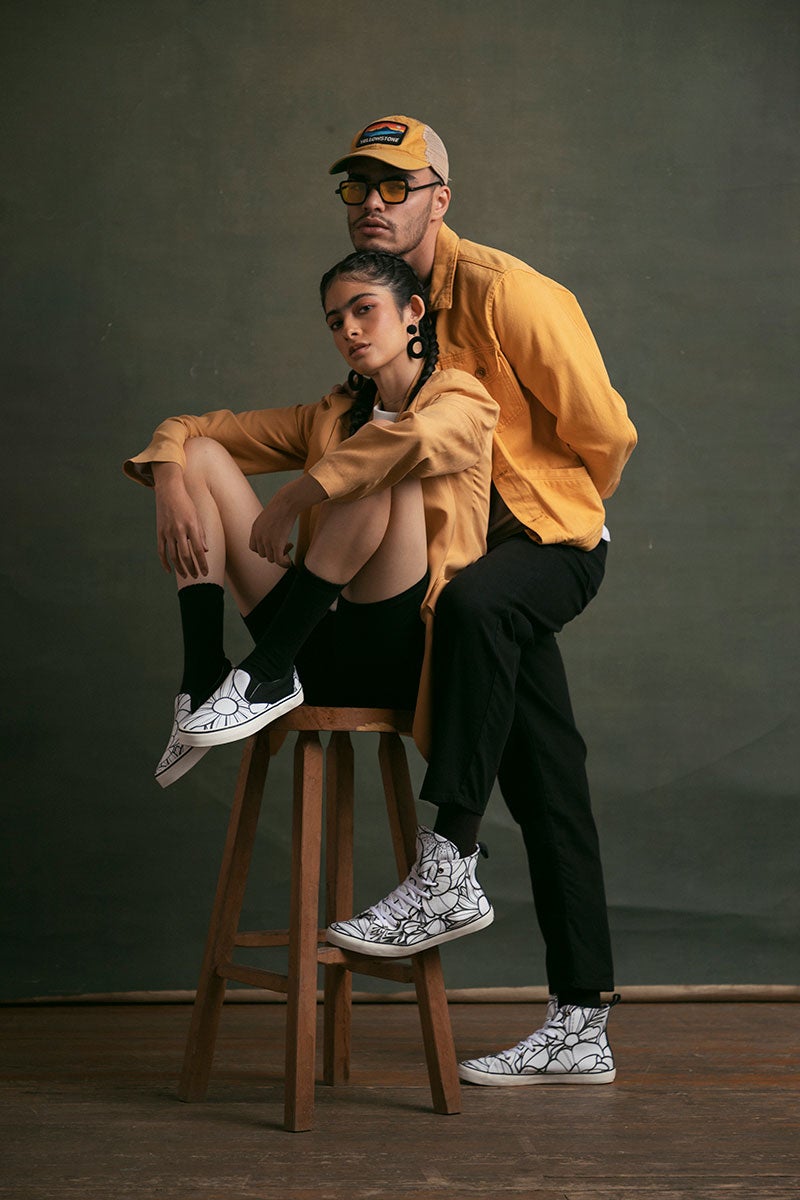 "It is very easy to make a pamphlet, it is very difficult to make a work of art."

However, the founders also know that sneakers became objects of commercial desire. This market is valued worldwide at more than 79 billion dollars in 2020 and is expected to reach 120 billion in 2026 , according to data from Statista . So, it can be considered a very profitable business.

The sneaker industry continues to consolidate, consumers opt for exclusive models from renowned designers, as well as collaborations with limited pieces. Everyone wants to have a unique pair in their closet.

The boom in this type of footwear is not fortuitous, it comes from Ariel's idea of expressing himself, of having an identity. Lygaya Salazar, curator of the exhibition ' Sneakers Unboxed: Studio to Street' , at the London Design Museum told CNN that “young people, mostly from various neighborhoods in the city center, are the ones who have converted the tennis in what they are today ”.

Sneakers are currently auctioned in the millions and are treated just as the entrepreneur sees them: as art. So it is not surprising that these ideas are put together in a business project. 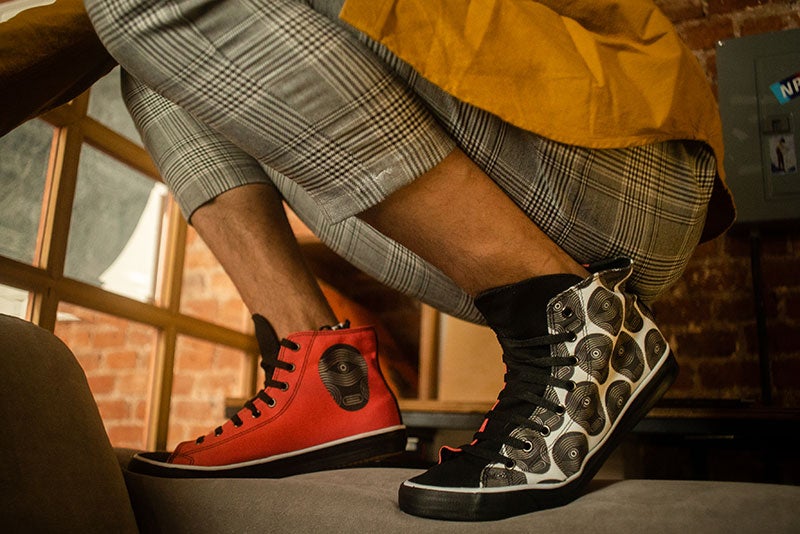 Blanx as a collectible brand and social conscience

45-year-old Ariel knows the Mexican market very well, since his family in Colombia has three generations in the industry, more than 100 years in manufacturing, export, retail and even catalog.

Blanx is proudly made in Mexico, yet they are considered a mestizo brand. “This has the nationality of the audience it represents. In our case, we have Colombian, Mexican, Venezuelan, Latin American and eventually global ”, says the entrepreneur.

How does Blanx work? They act like a gallery . Define the issues and the tone of how you want to address them. They start looking for artists and collaborators, then they make a win-win, for everyone while working together so that the sneaker looks good visually and expresses their way of seeing the theme. Then they use the platforms to show the result to the public, such as Instagram, Facebook, Pinterest, the website , among others. "We go to the market with the concept well shown and explaining what the artist wants to communicate."

More than collections, Blanx talks about Waves of content . The first addressed various issues in parallel such as climate change, gender equality, migration and diversity. They have worked with artists such as Erre, Dr. Alderete, Mónica Bergna, Lorbus, Peter Odor, Guillermo Flores and Raymundo Rincón.

However, for the following they focused on specific issues. The second Wave is 'Mestiza' , a proud tribute to Latino culture and heritage. While the third is 'I Matter' , a line that communicates the problem of racism from the vision of African-American artists and an African. 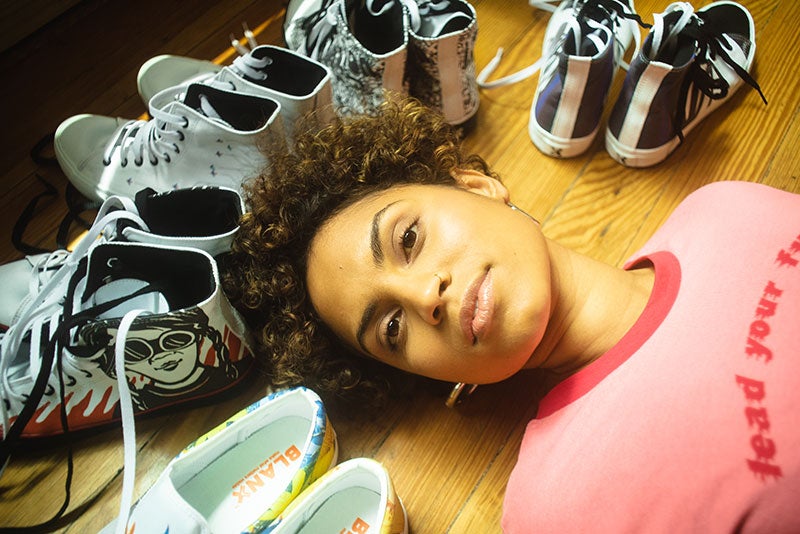 "From said to fact there is a long way to go"

We have the example of many brands in the market, who get on the social problems and launch products or campaigns to "raise awareness", but do not create a real change, it remains in the words, and although they have immense power, it is not enough. It seems that it is to please consumers, for example in LGBTQ + Pride Month, which we call rainbow washing. Being a socially responsible brand goes beyond painting it in colors.

This is exactly what Blanx transmits in its very business model. About 25% of the profits from sales go to the artist and the other 25% to the cause. In the first Wave, the company directly supported the Institute for Women in Migration (IMUMI). "We consider that companies are citizens and we have to be clear that there is not only the obligation to express what is wrong, but to do something," says Ariel for Entrepreneur en Español . In addition, the pieces are made by a family business in San Francisco del Rincón, Guanajuato.

“We decided to create a brand that behaves like a good citizen, which is one who is not only aware of how you and your loved ones are doing, but humanity in general. Making shoes, everyone can, but building a company that contributes at least a little to society in the discussion and distribution of resources is something that makes us proud ”, concludes the entrepreneur. 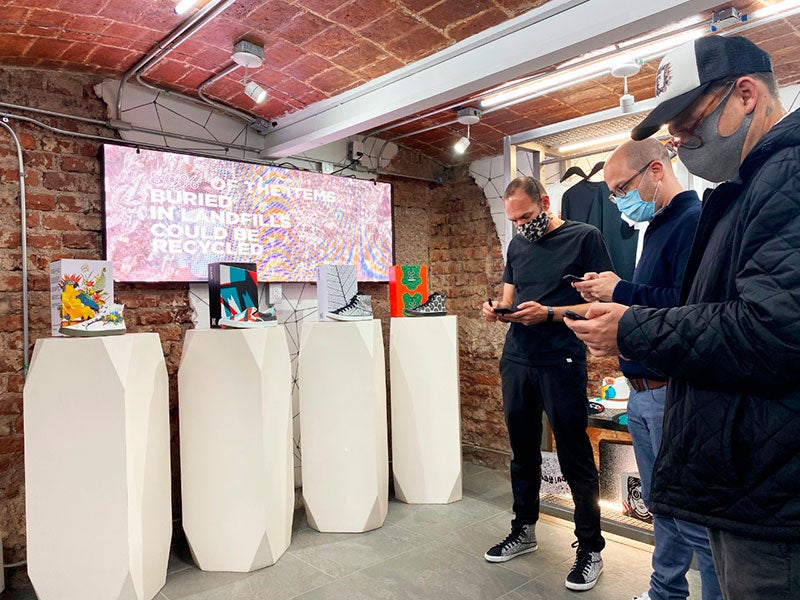 Blanx is aimed at generation Z, millennials and late millennials , who are just looking for a differentiator in the brands they consume, that "something else" and who have the need to express their social feelings. You can find the sneakers on their website , Amazon and in the physical store of Stush.

“The artists have the microphone. Blanx is a platform for them to express themselves ”.

Tlalpujahua, the Mexican town where Christmas is eternal