Veru Inc. (VERU) stock has exhibited solid momentum over the past few weeks owing to the company’s recent clinical study of oral medicine sabizabulin, which reduces fatalities by more than...

By Pragya Pandey April 21, 2022
This story originally appeared on StockNews

Veru Inc. (VERU) stock has exhibited solid momentum over the past few weeks owing to the company's recent clinical study of oral medicine sabizabulin, which reduces fatalities by more than 50% in severe COVID-19 patients. However, given Veru's declining revenue and poor profitability, can the stock sustain its price rally? Read on to learn more.

Miami-based Veru Inc. (VERU) is an oncology biopharmaceutical company that is focused on developing novel medications for the treatment of breast and prostate cancers. Its shares have gained 120.6% in price over the past month to close yesterday's trading session at $11.76.

According to the preliminary findings of the phase 3 clinical study released on April 11, VERU's oral medicine sabizabulin reduced fatalities by an astonishing 55% when delivered to hospitalized patients with severe COVID-19. With such promising data, the company's shares surged by more than 190% last week and remained up by more than 200% for five consecutive days.

However, VERU's sales have slowed this year, with its quarterly net revenue declining by 3% year on year in its first fiscal quarter of 2022. In addition, it is currently trading at an expensive valuation versus its peers, which could impact its price performance in the near term. 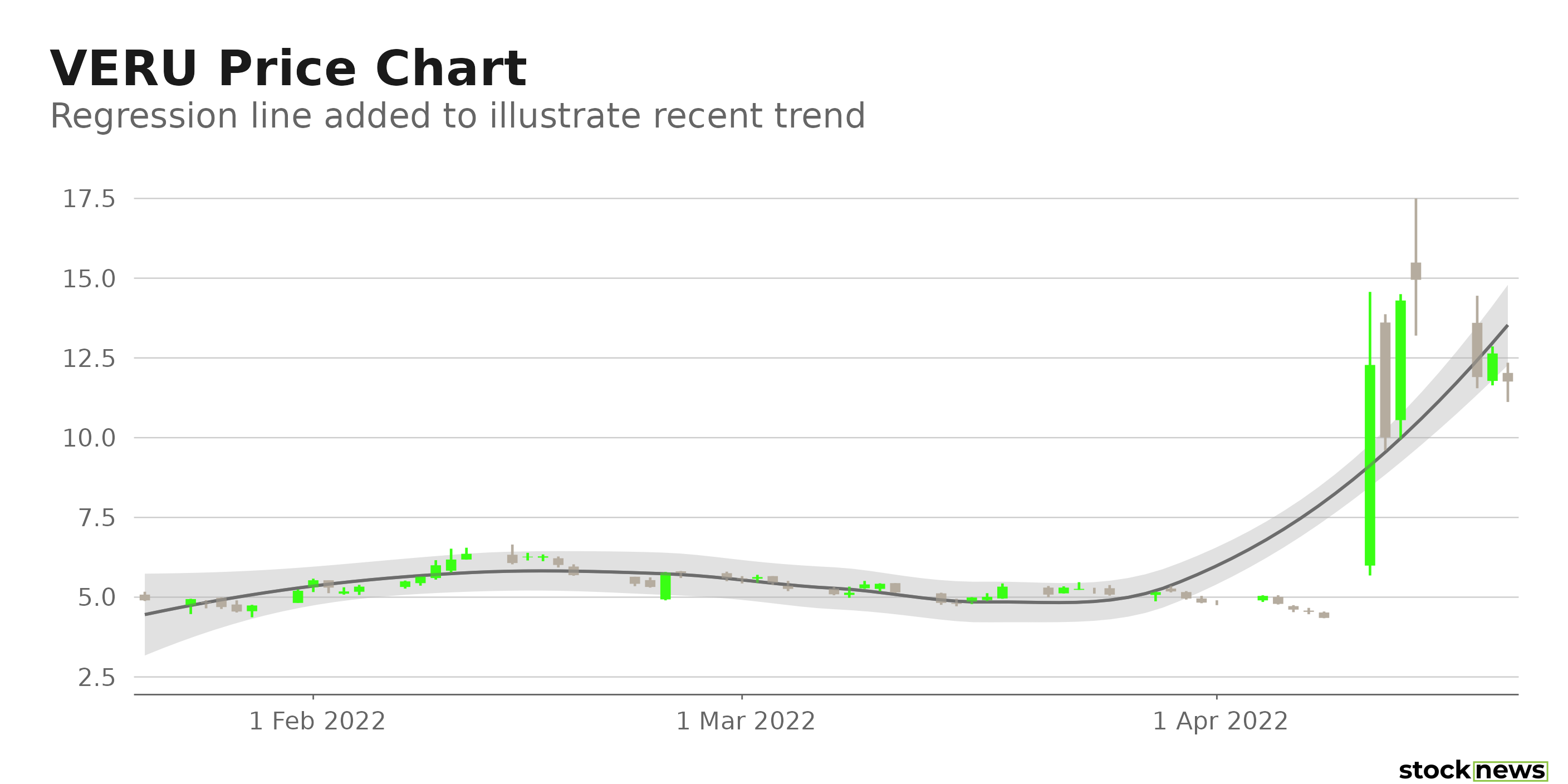 Here is what could shape VERU's performance in the near term:

VERU has an overall D rating, which equates to Sell in our proprietary POWR Ratings system. The POWR ratings are calculated by considering 118 distinct factors, with each factor weighted to an optimal degree.

Our proprietary rating system also evaluates each stock based on eight distinct categories. VERU has an F grade for Growth and a D for Value. The company's poor fundamentals are consistent with the Growth grade. In addition, the company's higher-than-industry valuations are in sync with the Value grade.

Among the 170 stocks in the F-rated Medical – Pharmaceuticals industry, VERU is ranked #156.

Beyond what I have stated above, you can view VERU ratings for Quality, Momentum, Stability, and Sentiment here.

VERU's shares have surged in price over the past month on the back of the company's recent preliminary results of its oral medicine sabizabulin, which reduces fatality by more than 50% in COVID-19 patients. However, its decline in revenue and poor bottom-line performance could raise investors' concerns in the near term. So, given its lofty valuations and weak profitability, we believe the stock is best avoided now.

How Does Veru Inc. (VERU) Stack Up Against its Peers?

While VERU has an overall D rating, one might want to consider its industry peers, Novartis AG (NVS), Merck & Co. Inc. (MRK), and Bristol – Myers Squibb Co. (BMY), which have an overall A (Strong Buy) rating.

The post Up 200% in Just the Past Month, is Veru Stock Still a Buy? appeared first on StockNews.com