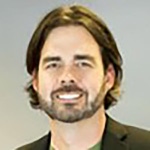 Bobby Campbell started his journey as a digital advertising and content creator in 2003 when he launched his first company, Division-D. Shortly after, Campbell launched his second startup venture in digital advertising, AdKarma. After guiding both companies to multiple recognitions among the nation’s fastest-growing companies, Campbell is now developing his next venture in digital content and media, Good Wizard Productions. Good Wizard is a production company focused on tech-enabled feature and episodic content. He resides in Columbia, Mo.

Many people think they know how to build a great team, but few truly do.

Is Your Boss Pushing You to Your Limit? It's Because He Cares.

A good leader will demand excellence from you without breaking you -- and you'll grow from it.

You've just sold your company. Congratulations! So, what do you do now?

Defiance Is the Key to Weathering Startup Negativty

Hold fast when the naysayers unleash a barrage of discouragement. It makes it even better when you succeed.

What Being Punched in the Face Taught Me About Business

You don't have to step in the ring, but learning how to control your fighting instincts will help you reach success.