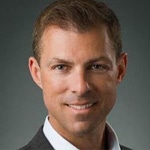 David is president and CEO of Perspecsys. Previously, David was SVP of Sales and Marketing at Irdeto Worldwide, a division of Naspers. Prior to that, David was the president and COO of Cloakware, which was acquired by Irdeto. Before joining Cloakware, David was the general manager and vice president of sales for Cramer Systems (now Amdocs), a UK-based company, where he was responsible for the company’s revenue and operations in the Americas. Prior to his work with Cramer, David held a variety of executive, sales management and business development positions with the Oracle Corporation, Versatility and SAIC.

Lessons We Can Take From the Battlefield to Bolster Cybersecurity

What makes sense for defense in the real world is just as good an idea in the virtual world.