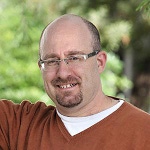 Founder and CEO of 3Q Digital

David Rodnitzky is founder and CEO of 3Q Digital, a position he has held since the Company’s inception in 2008. Prior to 3Q Digital, he held senior marketing roles at several Internet companies, including Rentals.com (2000-2001), FindLaw (2001-2004), Adteractive (2004-2006), and Mercantila (2007-2008). David currently serves on advisory boards for several companies, including Marin Software, MediaBoost, Mediacause, and a stealth travel start-up. David is a regular speaker at major SEM conferences and has contributed to numerous influential publications, including Venture Capital Journal, CNN Radio, Newsweek, Advertising Age, and Search Engine Land, Media Post, and Search Marketing Standard.

5 Reasons Your Business Should Not Advertise on Google AdWords

Unless you have everything lined up just right, Google AdWords is a surprisingly efficient mechanism for losing money.