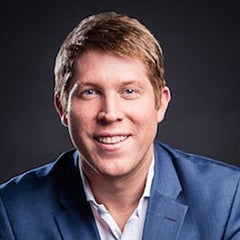 Ross Baird founded Village Capital in 2009 and has worked with hundreds of entrepreneurs in over 50 countries since then. He has visited over a hundred cities worldwide by train, plane, and bus in an effort to find new entrepreneurs and help people supporting them. He and Village Capital have partnered with 20 Fortune 500 companies to help large institutions uncover new innovations. Before joining Village Capital, Ross worked for a venture capital firm and was on the founding team of four different startups.

Why Are We So Good at Finding the Next LeBron but Not the Next Einstein?

Professional sports search the world for stars. We are hit-or-miss about every other sort of talent.

Succeeding Outside of Silicon Valley: How the Rest Will Rise

According to Steve Case, cities and communities need to focus on the three I's.

3 Ways Startup Communities Can Attract and Keep the Right Talent

Often emerging entrepreneurial communities say they need capital to thrive, but it is the talent, not the money, they need to succeed.

More and more, entrepreneurs say it is important their work has a purpose beyond just a paycheck.

For the 'Rise of the Rest' tour, we stopped in Denver. Here is what other cities can learn from Denver about how to rise above the rest.

Omaha and Lincoln may not be considered the typical entrepreneurial hubs but in the past few years, the Midwest cities have brought in millions for startups.