Prosperous in the Pandemic: How One Man Turned Loss into Profit in the Travel Industry

For Jeff Lavender, travel was always his path to success.

From the time he was a boy scout, Jeff Lavender was drawn to travel. Taking great pride in planning scout trips and family vacations, he knew at that young age his path would eventually lead him to the travel and tourism industry.

No longer planning nature outings and family trips, Lavender now travels all over the world thanks to his "encore career" as a Cruise Planners franchise owner in an industry he considers to be resilient, full of freedom, and overall – the greatest.

But the road to get there wasn't paved smoothly for Lavender. After devoting more than 35 years of his life to the travel industry, he lost his executive position at a multimillion-dollar travel company due to the Covid shutdown. He vowed to not sit back after his forced exit, but instead, used the opportunity to propel him forward.

Watching his company go from 700 employees to less than 50 helped Lavender to realize how the corporate world can be fickle and unforgiving. So, Lavender used his keen eye spot an opportunity for growth in leisure travel as a full-service travel advisor, taking his future in his own hands. 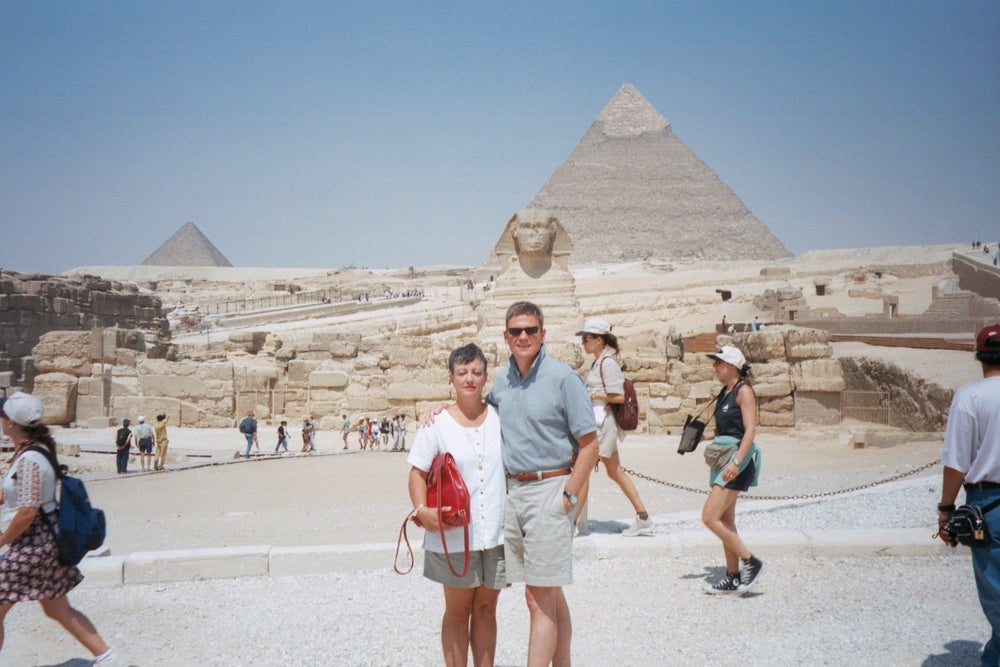 Jeff now travels all over the world thanks to his "encore career" as a Cruise Planners franchise owner.
Image credit: Courtesy of Jeff Lavender

Taking his destiny into his own hands, Lavender dreamt of building a "really phenomenal leisure-based travel company." With this dream in mind, he got real with himself about what his specific goals were, and exactly how to achieve them. He decided he never wanted another "forced out" situation again. He needed to build something combining stability and flexibility, something that would allow him to climb to the top of his profession on his own terms.

The solution was in becoming a travel franchise owner, and after evaluating several franchise companies for their technology, leadership, systems, processes, and partnerships, he landed upon the full package: Cruise Planners, an American Express Travel Representative.

"I was interested in building an incredibly strong powerful and very profitable business in my encore career and so I went for the very best," Lavender remembers. He quickly identified many features of the company that would lead to success, including the company's relationship and partnership with American Express Travel, and their advanced technology and automation of systems.

"Cruise Planners works for those who have experience in travel, and those who are new to travel," he says. "The value for people like me, and even others who prefer to do it part time, is seeing and understanding all the value points that Cruise Planners has available." 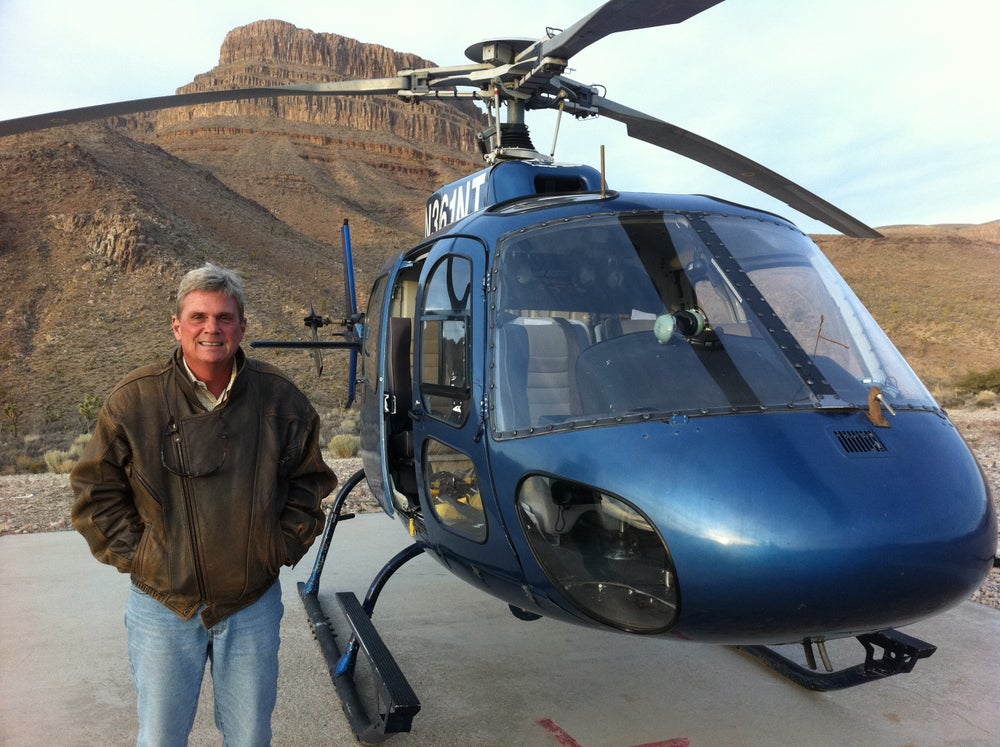 Jeff knew from his own travel passions that human beings will always find a way to travel, and they will need travel advisors to help see the world.
Image credit: Jeff Lavender

Starting a franchise was a move some would consider risky – especially starting a travel business at the height of a shutdown. Most people would balk and ask, "Why now?" Lavender is not most people. Instead of looking at the industry in its current state, he looked ahead to a post-pandemic era where pent-up demand for travel would lead to a huge boom in a multi-billion-dollar industry and give the industry the reset it needed. Lavender knew from his own travel passions that human beings will always find a way to travel, and they will need travel advisors to help see the world.

"Uncertainty has increased the interest of the general public to reach out and use the expertise of Travel Advisors," Lavender proclaims. "Consumers, more than ever, are looking for experts who can help them and I can fill that as a Cruise Planners franchisee." 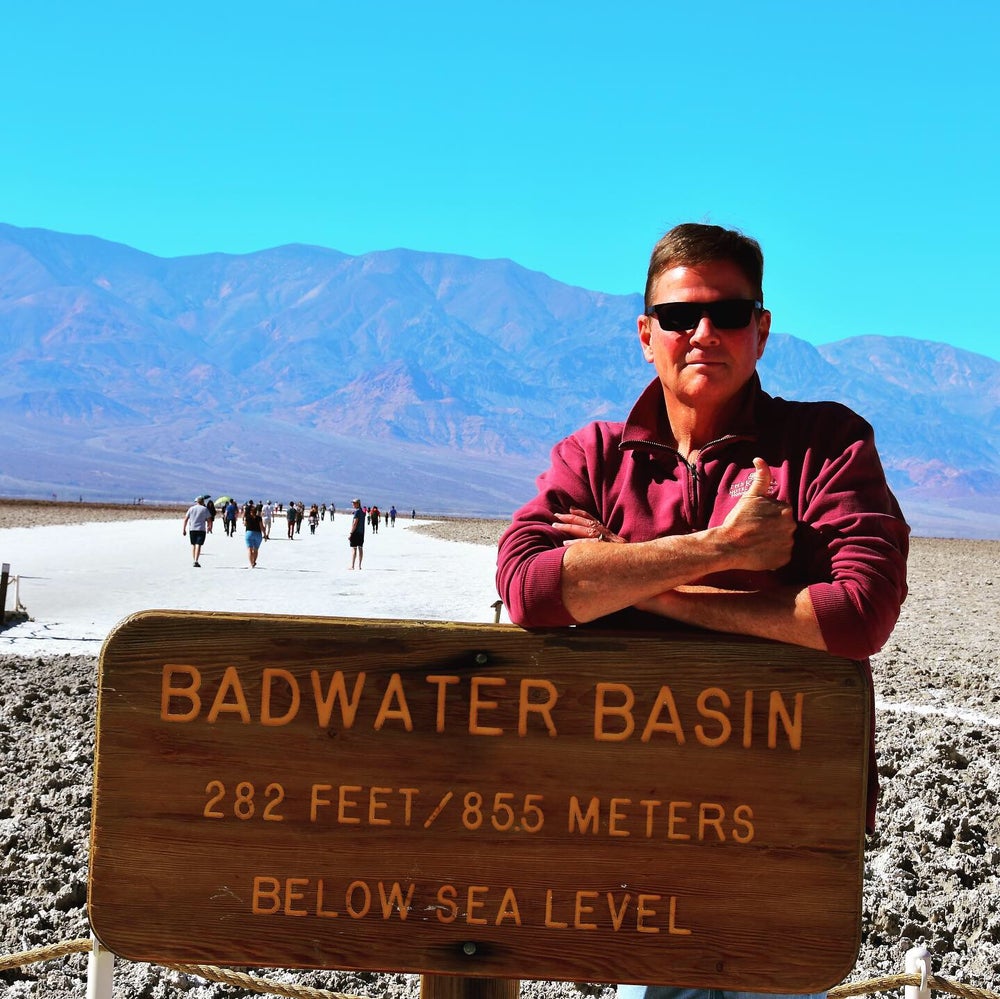 As his own boss, he enjoys the freedom of working wherever and whenever he wants.
Image credit: Courtesy of Jeff Lavender

Becoming his own leader.

Upon becoming a Cruise Planners Travel Advisor, Lavender hung up his corporate hat for good and replaced it with a much better title: franchisee. And as his own boss, he enjoys the freedom of working wherever and whenever he wants.

The fact that he is in control of making his own money is what drives him, and he notes, "I earn some of the highest commissions in the industry because of the power Cruise Planners has in this business." With Cruise Planners providing a complete package of ongoing support and training, Lavender was able to effortlessly step into the industry the way he had always meant to: on his own time, making his own income.

After 35 years under the rule of the corporate world, Lavender now appreciates the beauty of the franchise framework: building your business on your own terms. With Cruise Planners support behind him taking care of the details, Jeff can do what he does best, and what he truly loves: planning amazing travel.

To learn more about how to start your own home-based travel agency franchise and why now is the right time to get in the travel business, visit cruiseplannersfranchise.com.