Uber's valuation is approaching the level of General Motors and Ford combined, but still has a long way to go to catch Amazon CEO Jeff Bezos' net worth.

By Arjun Reddy
May 10, 2019
This story originally appeared on Business Insider

Uber priced its initial public offering at $45 a share on Thursday evening, giving it a valuation of $75.5 billion. 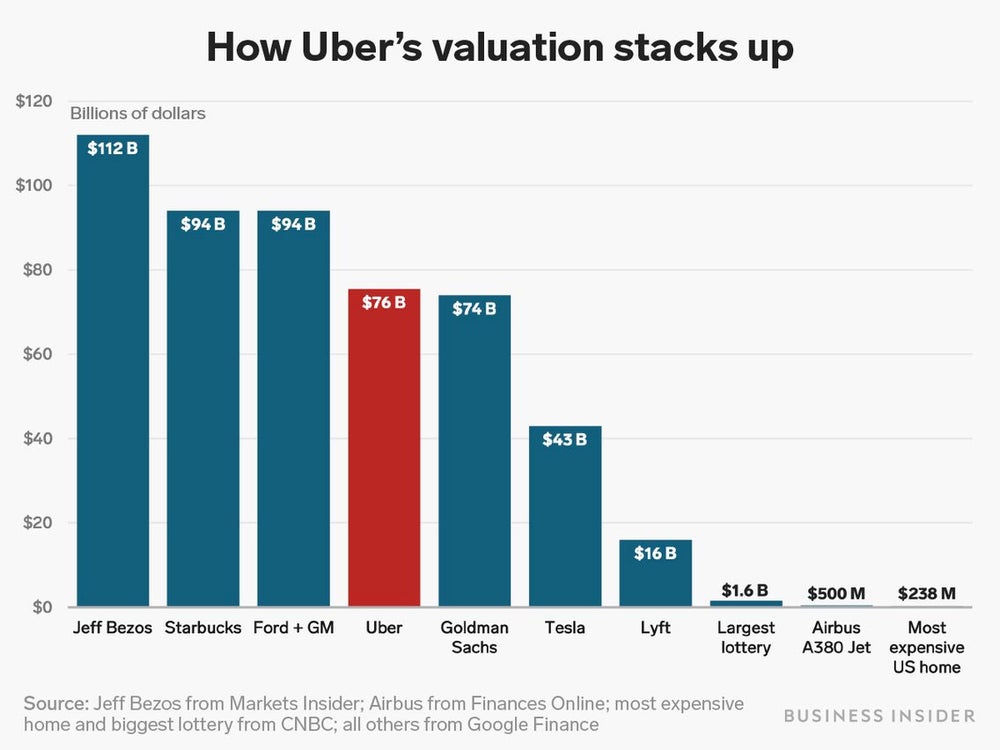