These 14 tools and startups solve problems big and small.
Next Article

Entrepreneurs are professional problem solvers. They look at what’s broken and find a way to make it right. This year had its share of great solutions, big and small, from ingenious ways to keep delivered pizza hot to an innovative way to catch cancer early.

To send off 2016 right, we asked our staff of editors and writers to round up the solutions they liked the most. It's our way to toast the entrepreneurial innovations that continually shape our lives while showcasing things that might not have made your radar.

For pizza lovers: A better way to deliver pizza 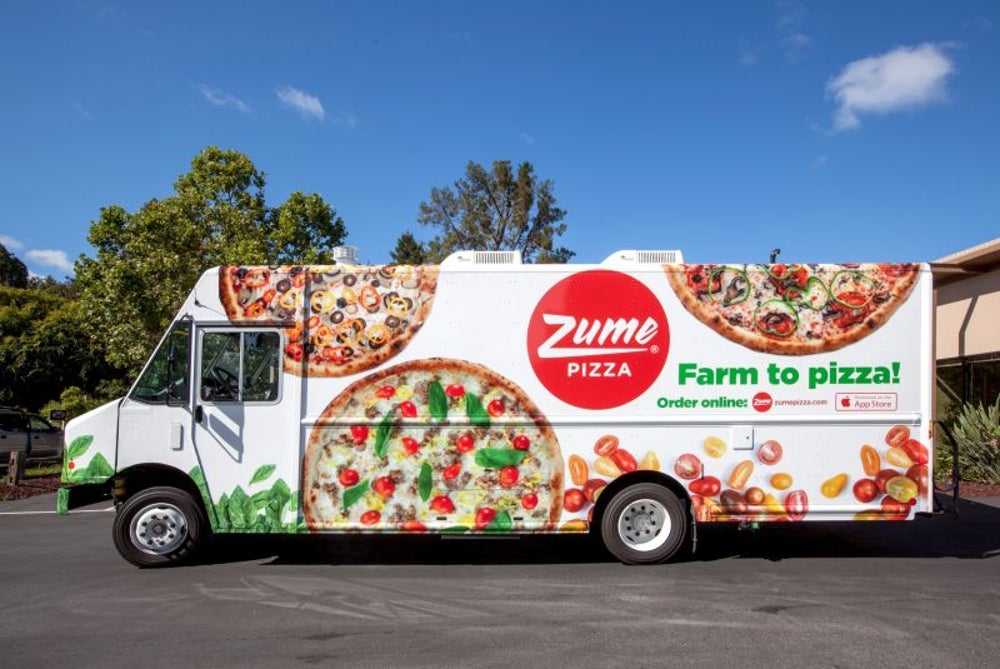 Our Take: “When I first heard about Zume Pizza’s pizza-by-robot model, I wanted to mock it. But I admit I had to put my cynicism aside when I talked to Julia Collins, the company's co-CEO. As she eloquently and expertly answered all of my questions, I became convinced of the company's mission. I've lived in the New York bubble all my life, where fresh and tasty pizza can be found on every other block. Collins rightly pointed out the rest of the country doesn't have such luxuries. This is a Silicon Valley innovation I can salivate over.” -- Stephen Bronner

For nostalgia buffs: A new life for old-school film

Our Take: “For most people, your wonder years were captured on film -- you know, that real-world material that needs to be processed then printed out on paper. Someone at Google recognized the need to easily convert these paper memories into digital ones, and maybe even have an easy way to embarrass a sibling with an awful outfit he or she once wore.

I'm pretty sure my mom could use this app without much explanation. Perhaps over the holidays, families should set out to create digital versions of old photos -- preserving them for the next generation.” -- Stephen Bronner

For workaholics: A guilt-free reminder to schedule that dentist appointment 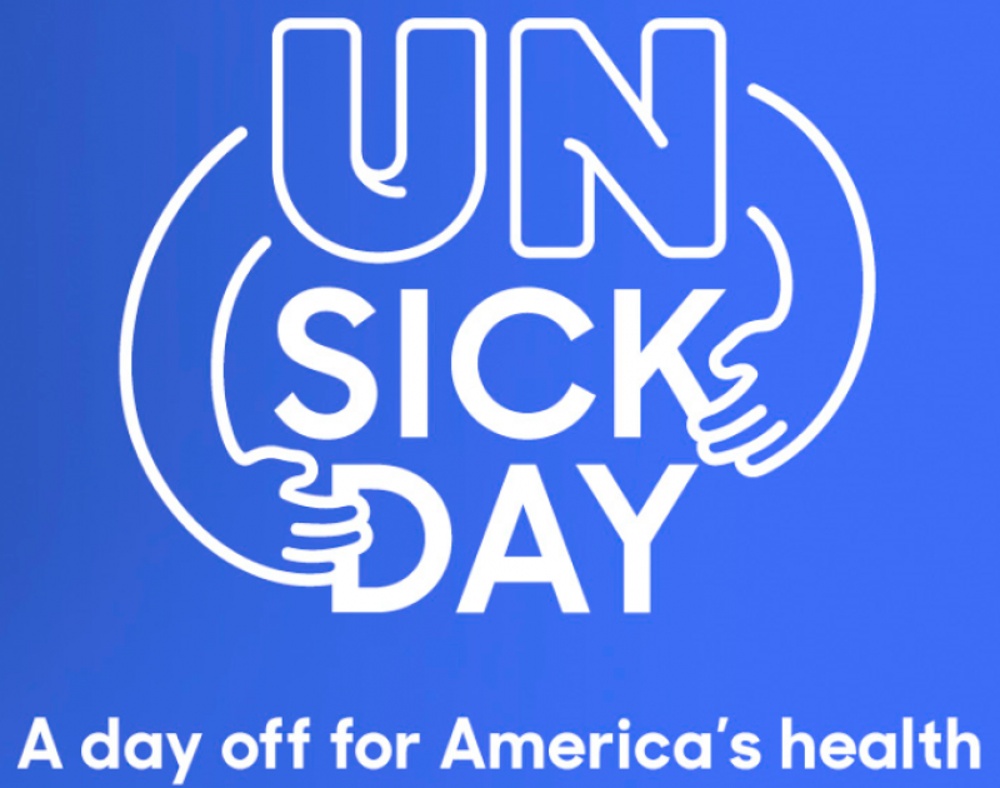 Solution: ZocDoc, a medical scheduling service, has partnered with companies to encourage time off for check-ups.

Our take: “When I heard about Zocdoc’s idea for an 'Unsick Day,' I thought, 'Now that would get me to go to the dentist.' It’s a new kind of paid day off (like vacation or sick days) that encourages employees to schedule and attend health-care appointments even when they feel well.

I’m young and healthy, and I put off preventive care because I never feel like researching health care providers when I get home after work. I know my boss wouldn’t mind me taking a few hours off to go to an appointment, but some unspoken societal stigma stops me. (Which is illogical, because she stepped out for an afternoon dental appointment last week!) But I’m not alone. I discovered earlier this year that nearly 60 percent of Americans put off preventive checkups and 80 percent would still put work first if they had an appointment on the books.

I receive (and underutilize) benefits from Entrepreneur Media, and the company is invested in me being healthy and productive to write articles like these. An Unsick Day might get me to stop making excuses -- and get me to own up to my bad flossing habits.” -- Lydia Belanger

Related: These Companies Are Giving Employees an 'Unsick Day' 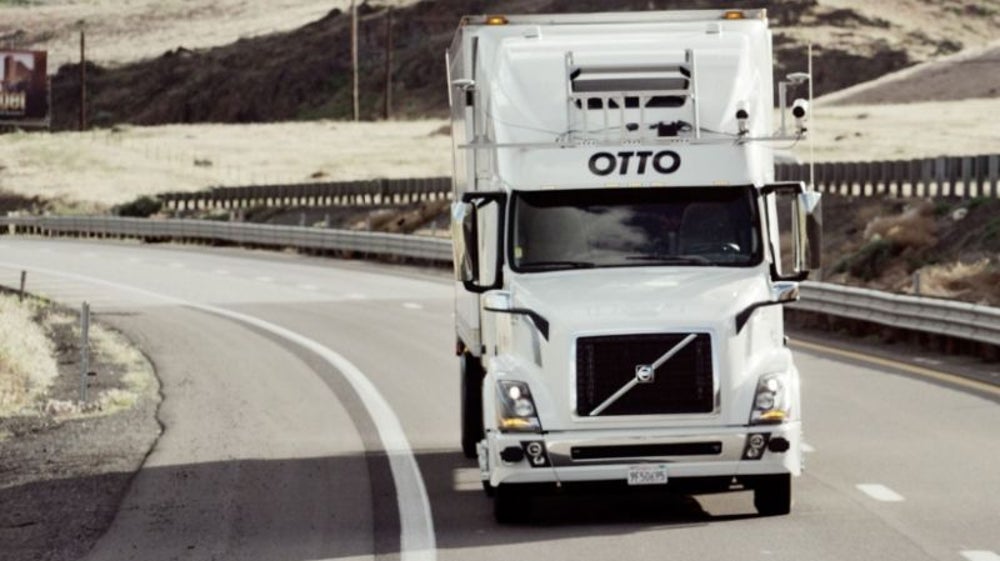 Our take: “Self-driving isn’t only for cars. Big-rig trucks are also becoming autonomous. That’s important, because a full 1 percent of vehicles in the U.S. are trucks. Which might not seem like much -- until you realize that they drive 5 percent of the miles and are responsible for 10 percent of the fatalities on the roads.

While the self-driving space has a number of players, one company stood apart in 2016. Otto, co-founded by former Googlers Lior Ron and Anthony Levandowski, combined backgrounds in hardware, mapping and machine learning to build kits that can be installed in existing freight vehicles. Once installed, trucks drive on America’s freeways with little (if any) human intervention and ensure that trucking companies won’t need to wait years to replace their fleets. It's a solution that got noticed quickly. Otto launched in January, and by August, Uber announced it had acquired the company.

The startup's success has implications beyond just trucking. As Ron told Entrepreneur this summer, the more of these trucks people see on the roads, the sooner the government and public will warm up to the idea of self-driving in general.” -- Lydia Belanger

Related: Uber-Owned Startup Otto Wants to Ship Your Stuff With a Truck That Drives Itself

For those in need: Help from above 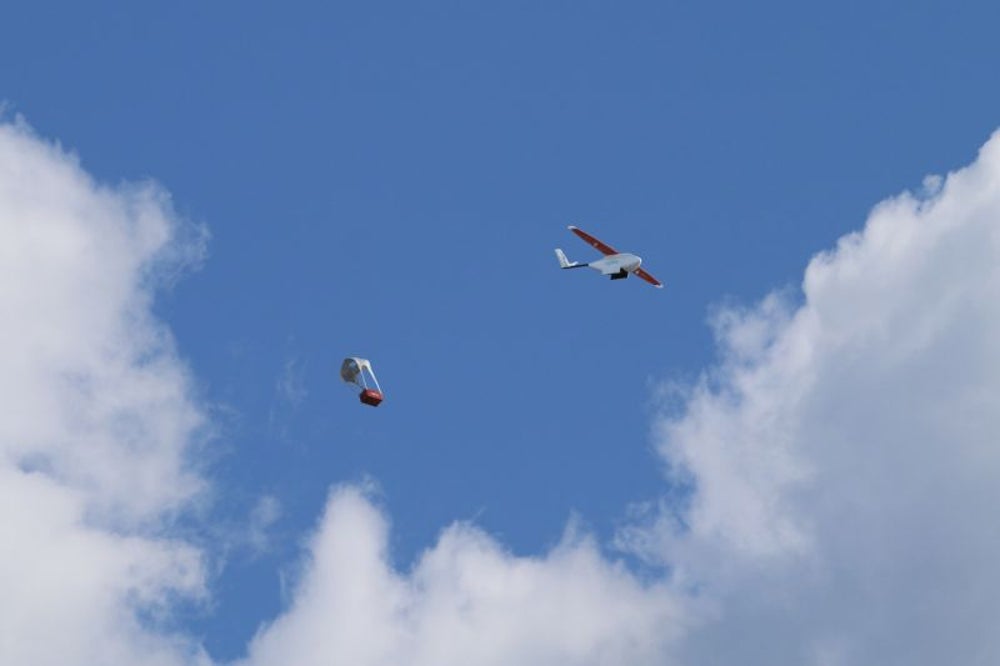 Our take: “While it has been in beta for the last five years, Zipline finally launched this year. Using drones, or mini airplanes, the company is able to deliver medicine to people in need. According to its website, there are more than 2 billion people who don’t have access to medical products, resulting in 2.9 million children under the age of 5 dying each year and 150,000 pregnancy-related deaths. With Zip, the name for the flying devices, now medicine, blood and vaccines can be delivered to hard-to-reach places, and give aid to millions.” -- Andrea Huspeni

For pet owners: A way to find Fido, every time 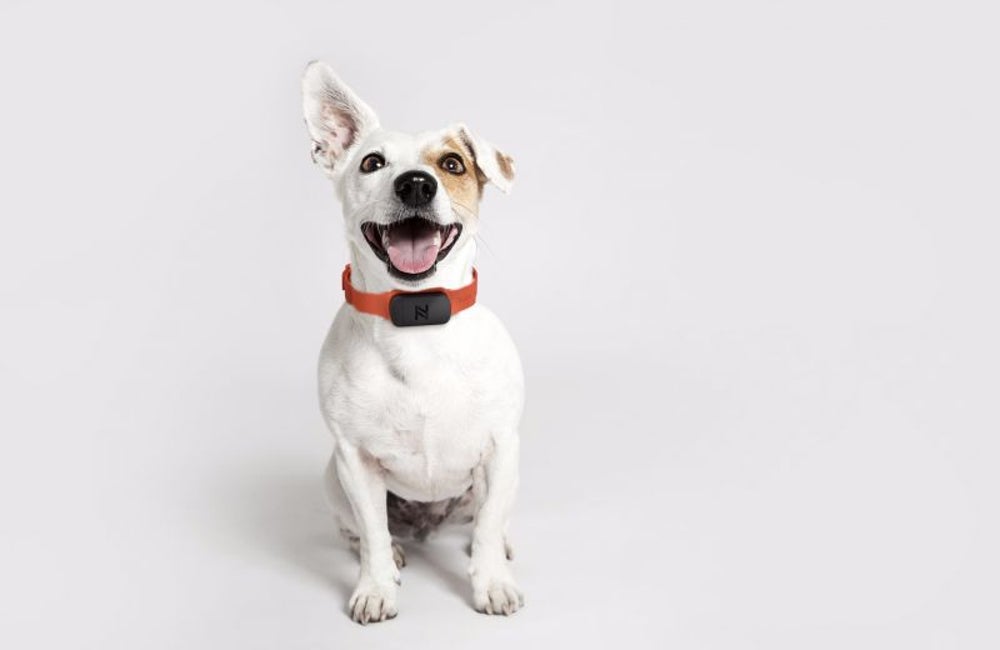 Solution: Nuzzle, a special tracking collar, uses GPS to tell you what your pup does all day.

Our Take: “Nuzzle is one of the first tracking collars that doesn’t require a subscription service -- which is awesome for dog owners. Monthly payments with other services could cost around $8 a month -- and those little fees add up. Instead, Nuzzle just requires you to buy the product and pay for what you need. The upfront cost is $190.” --Andrea Huspeni

For savvy spenders: An end to costly billing errors 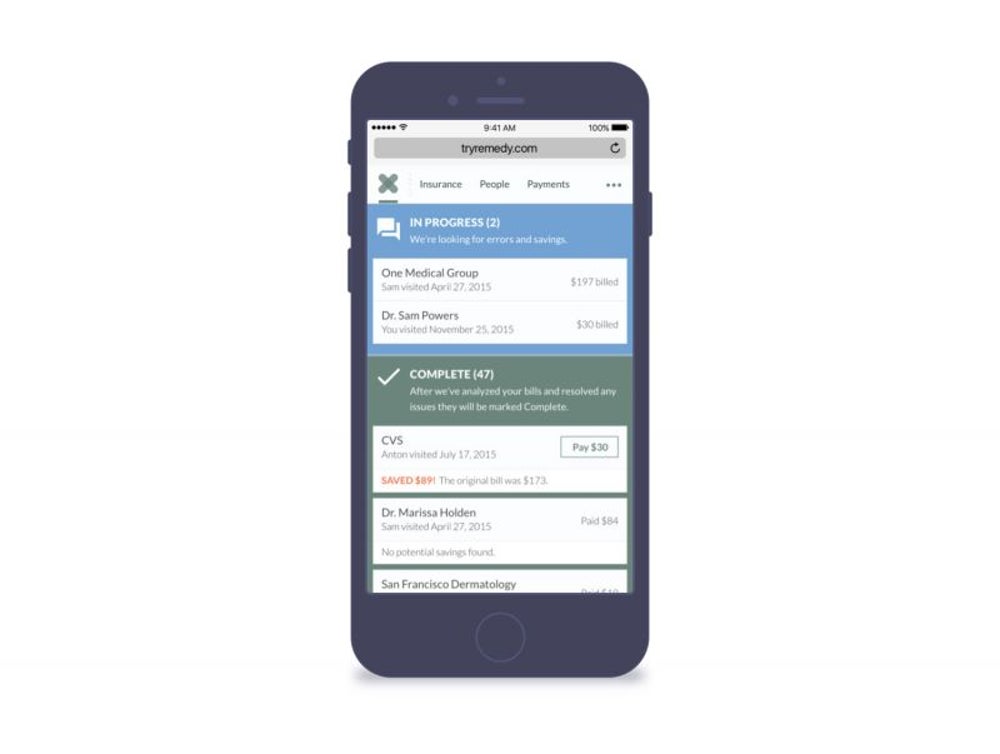 Solution: Through Remedy, a team of experts -- including many who worked for insurance companies -- will look at someone’s medical bills and assess whether errors have been made.

Our Take: “Billing errors are so prevalent this startup has made a business out of correcting them. If Remedy does not believe a claim to be correct, its team will get on the phone, go through all the hoops and dispute the bill. The startup claims it saves, on average, families $1,000 a year. The company takes 20 percent of what it saves the customer but caps its take at $99. The service is a boon for anyone feeling powerless against the medical system. We like that it helps people focus on their health more and their bills less.” -- Andrea Huspeni

For a cure: A game-changing cancer test 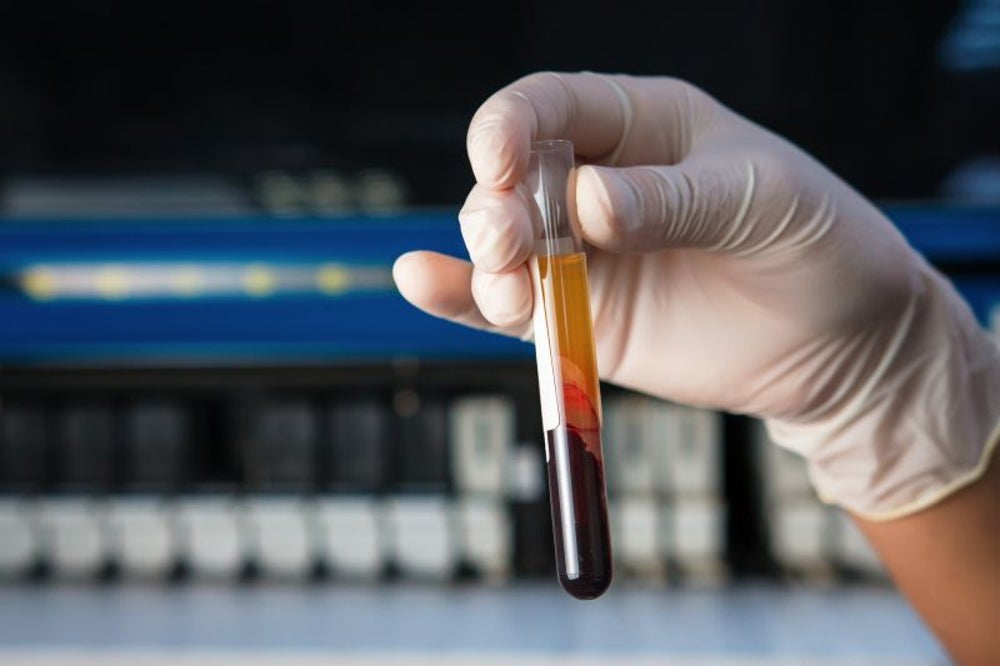 Solution: Grail is a noninvasive method to check for cancer earlier than had been previously possible -- at a curable stage or before a person shows any symptoms. It has an ambitious goal to develop a universal cancer screening test. The company has received $100 million from investors, including Arch Venture Partners, Bezos Expeditions, Bill Gates and Sutter Hill Ventures.

Our Take: “Cancer is a leading cause of deaths worldwide, and that number is only growing year over year because people are not detecting cancer early enough. Done through simple blood work, Grail’s sequencing technology ensures more people can get the help they need.” -- Rose Leadem 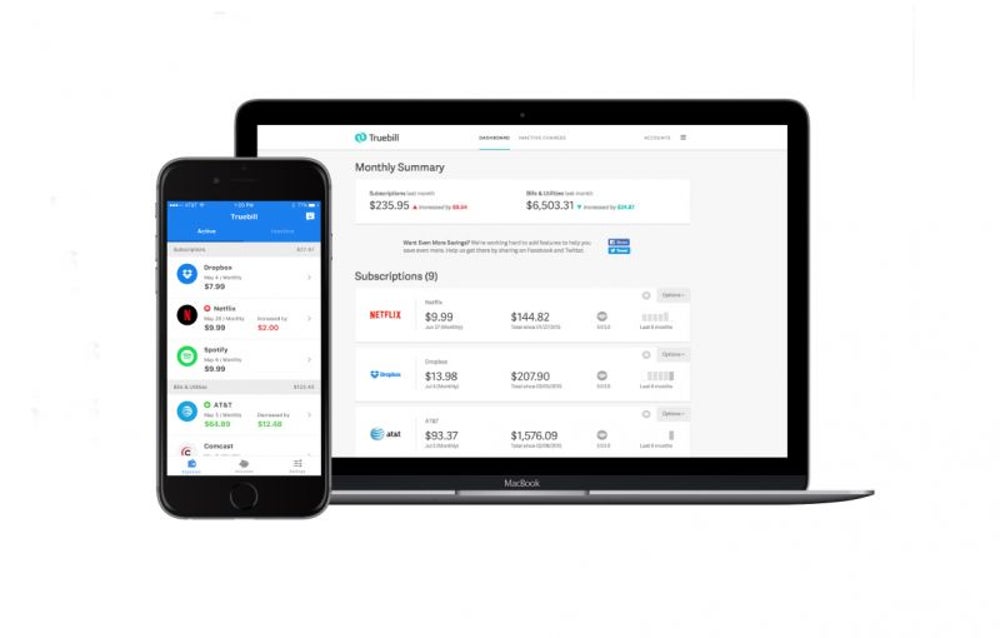 Solution: Truebill is an app that scans your credit card bills to let you know what you’re being charged for every month including subscription services and recurring bills such as Comcast or AT&T. Truebill will also cancel any unwanted subscriptions for you and notify you of any changes in your subscriptions and bills.

Our Take: “From Netflix to Spotify to Amazon Prime, there are so many subscription services today that it’s easy to forget what you’re paying every month. This tool is one way gain control of your spending -- and save money in the process.” -- Rose Leadem 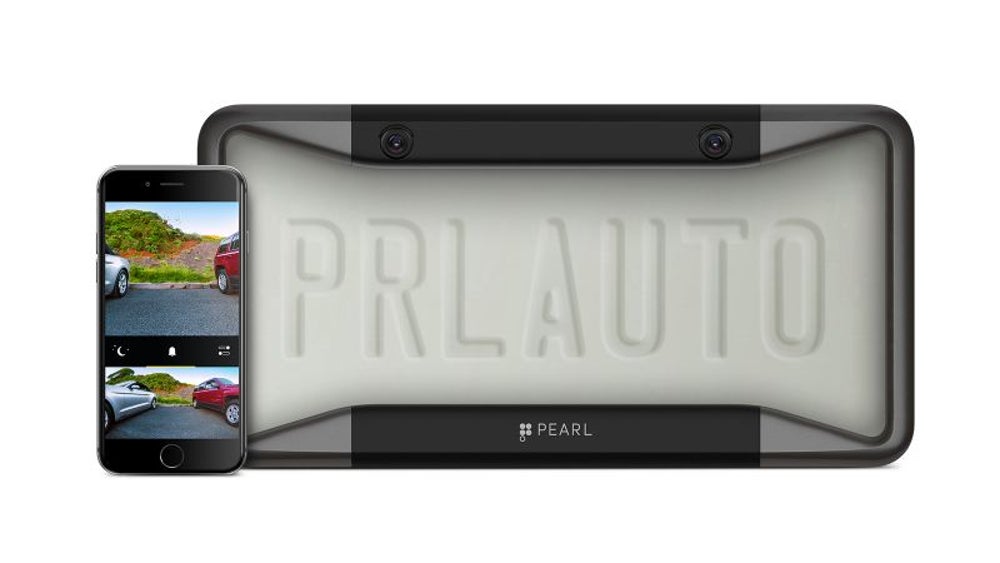 Solution: Pearl updates existing cars with new technologies, such as RearVision, a solar-powered backup camera. Just affix the license plate frame (with cameras attached) to your car and enjoy the backup camera system that’s now standard with many new cars.

Our take: “Updating existing cars is a smart way to make the most of every resource -- and could help eliminate unnecessary waste.” -- Rose Leadem

For parents: A better way to keep tabs 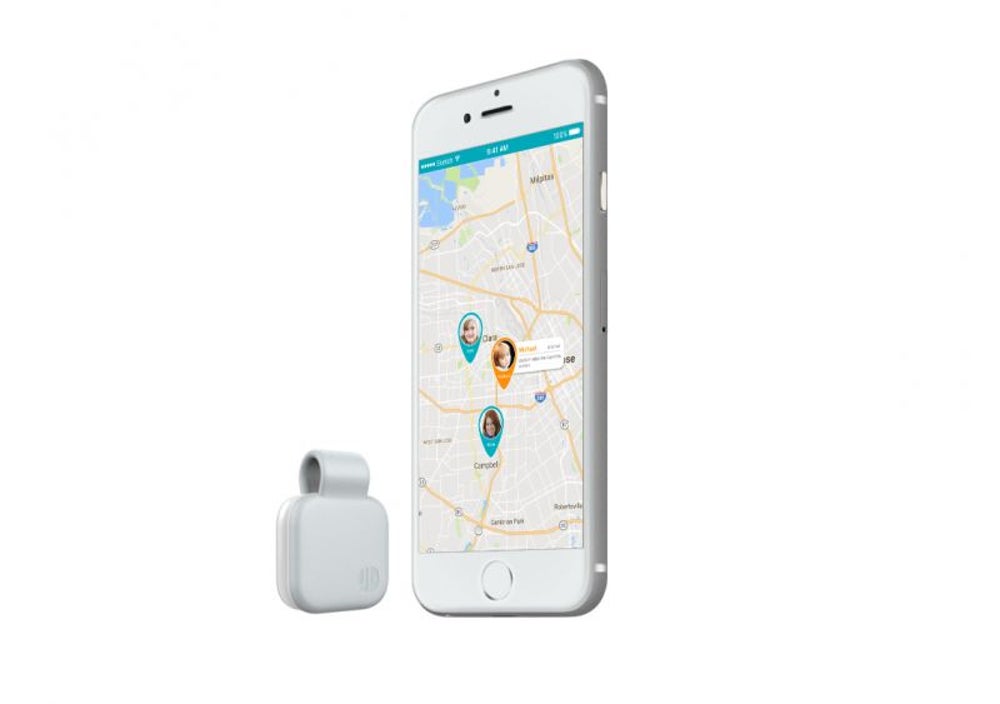 Our take: “No more panicking about your adventurous kids -- with Jiobit, any stresses caused by your wandering kids is put to an end. These 'invisible wearables' attach discreetly to children’s clothing so parents can monitor their children and keep track of their location. Jiobit even sends alerts if a child isn’t where he or she is supposed to be. The wearable is small and durable, so it doesn’t interfere or distract from kids’ activities. We also love that it can be integrated into a family’s smart home system.” --Rose Leadem

For the food allergic: Putting people at ease 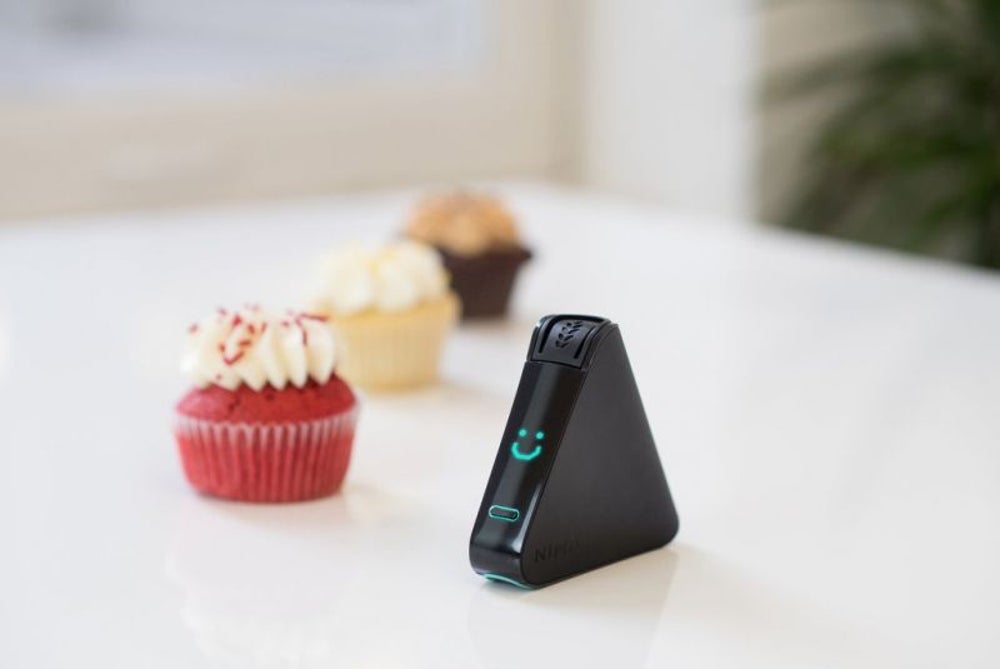 Solution: The Nima Sensor, set to ship to customers this spring, tests whether something contains gluten in three minutes or less. The company is also at work making tests for the other major allergens such as peanuts, shellfish and dairy.

Our take: “For someone with food allergies, going out to eat can be particularly fraught. Even if you ask all the right questions, something can fall through the cracks, whether it’s a pot that isn’t properly cleaned in the kitchen or some accidental contamination on the way to the table. The MIT grads behind Nima -- CEO Shireen Yates and CPO Scott Sundvor -- understand these fears from their own personal experiences, and want to make it possible for people with all sensitivities to enjoy a restaurant outing.” -- Nina Zipkin

For all humans: A step toward better robot relations 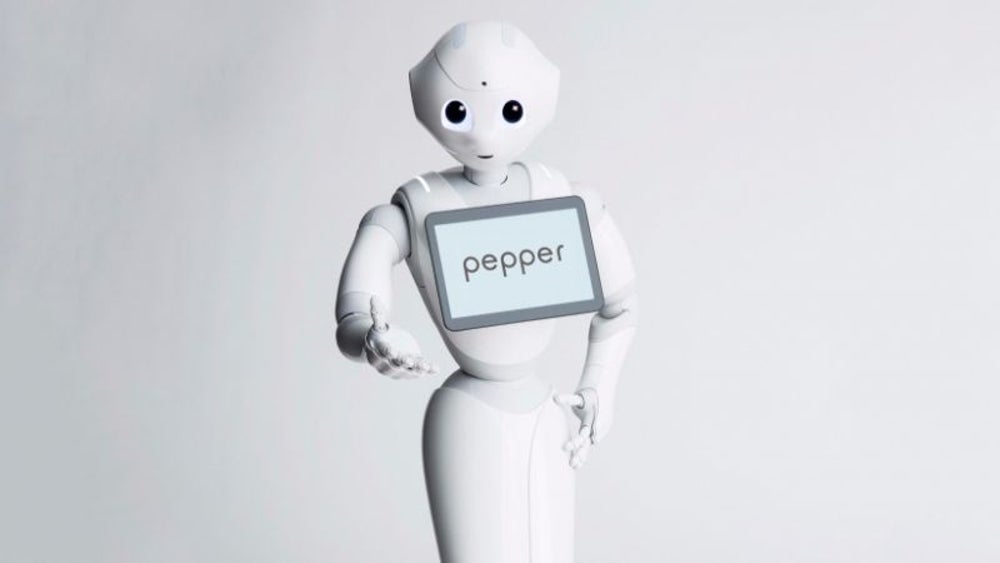 Solution: Pepper, a humanoid robot from Softbank Robotics, fills a variety of roles, from a product expert to a health care aid to a concierge, emphasizing more nuanced interactions with customers. First launched in 2014 in Japan in cell phone stores and at Nestle kiosks, Pepper made it made its U.S. debut this holiday season to help shoppers in Westfield Malls in the Bay Area in California.

Our take: “I actually got to meet Pepper this fall, and got a brief sense of what it would be like to live in a world populated with robots. It was an odd experience, but an illuminating one -- face to face with the helpful machine, my first inclination was to be perfectly polite, because I guess you never know.” -- Nina Zipkin

For health: A simple fix with a big impact 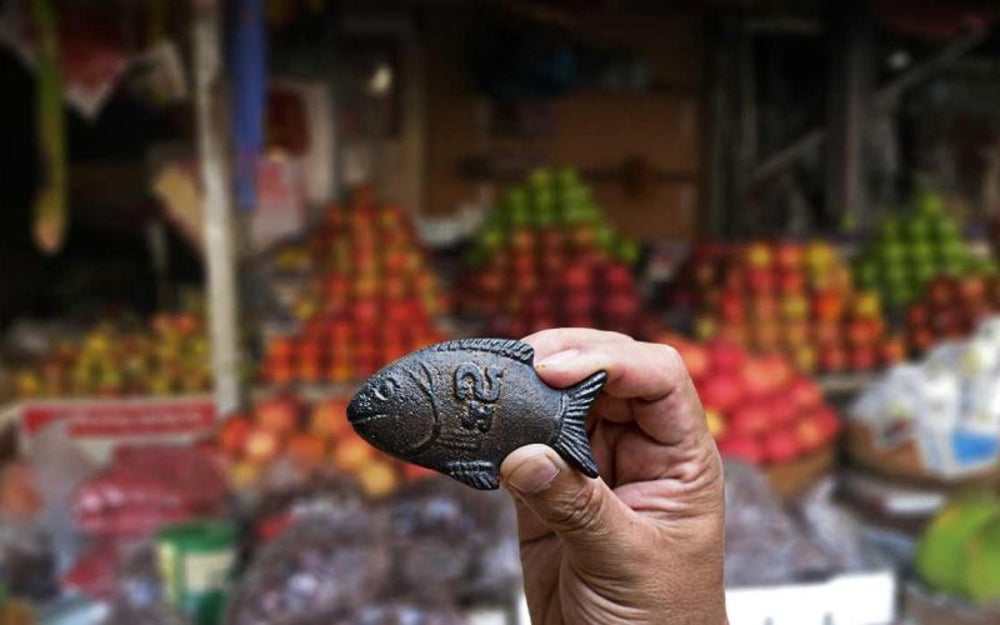 Solution: B-corp Lucky Iron Fish developed a cast iron "fish" that can be placed in boiling water to add iron to meals. The food made with the fish can meet 90 percent of a family's daily iron intake for up to five years.

Our Take: “Iron deficiency is a serious issue in places where malnutrition is a going concern, leading to pain, fatigue, pregnancy complications and premature death, especially for young and elderly people. The company, which was launched in 2012, sells 100 fish an hour and for every fish that is sold, Lucky Iron Fish donates one to a family in need.”
-- Nina Zipkin
More from Entrepreneur

From Cord-Cutting to Cuba: The Biggest Trends of 2016

How the Stars of 'Fixer Upper' Transformed a Town in Texas

Is the U.S. Still Hungry for Meal Delivery Services?

This Designer Bucked Fashion Norms. Learn Why It Worked.