A Grow-Your-Own Business For Herbivores

With Urban Cultivator appliances, foodies can grow fresh herbs and greens in their kitchens year-round. 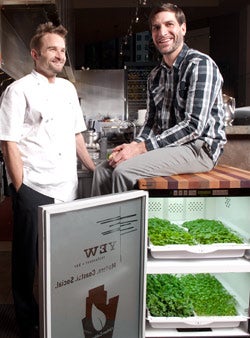 "Aha" moment: After about 11 years with his company BC Northern Lights, which produces hydroponic growing boxes for medical marijuana, Wolfe saw a new market opportunity: the locavore movement. In 2010 he started Urban Cultivator, geared toward developing "the ultimate growing unit"--one that would allow professional and amateur chefs to produce their own micro-greens, herbs, flowers and veggies. "Everyone was talking about the 100-mile diet; we're offering the zero-mile diet," he says.